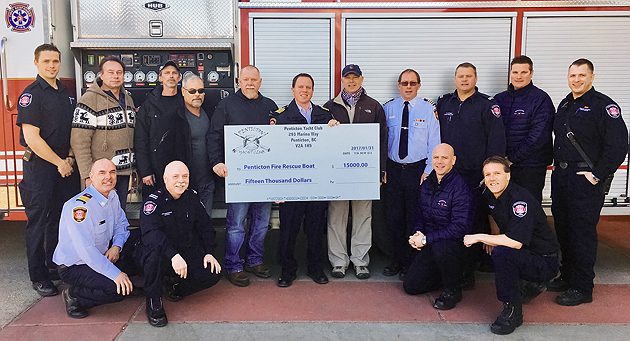 The organizers of the ITU Multisport Championships are giving back to their Penticton community. According to an article in Penticton Western News, the race made a large donation of $30,000 to the Penticton Fire Rescue for the purchase of a new marine rescue boat that cost $50,000.

The marine rescue services tend to emergencies on Skaha and Okanagan Lakes.

“It’s absolutely fantastic, the community has raised over $83,000 in less than 30 days,” said Fire Chief Larry Watkinson. “I now have a commitment from the manufacturer on the May long weekend there’ll be an operational rescue boat on the water.

Race director Michael Brown says the decision to donate to the cause for a new boat was an easy one.

“We saw the need for the last $30,000 in funding that the fire department needed and we see it as a real opportunity to give back to the community to be sure that not only our athletes are safe, but anyone visiting over the summer as well.

“We understand the commitment Penticton has made to our event and so we thought it was important to give back a little bit too.”

The inaugural ITU Multisport World Championship is a 10-day festival taking place this summer in Penticton, B.C. Athletes from around the world will come to Canada to compete for world titles in long course triathlon, cross triathlon, aquathlon, duathlon and aquabike.