Ontario’s beloved Ironman 70.3 Muskoka race, known as the “beauty and the beast” for its gruelling yet picturesque course, will have some changes in 2017.

For the race’s 10th edition, it will be moving from its long-standing venue of Deerhurst resort and down the road to downtown Huntsville’s Canada Summit Centre, which marks an exciting change for the event from a community standpoint.

“This is something our community has long been advocating for,” says TriMuskoka president Rich Trenholm. “We have always wanted to engage the community more and by moving the venue to downtown Huntsville, we will get more of that community feel we’re looking for at our race. It will provide a more festive atmosphere throughout the entire race weekend.” 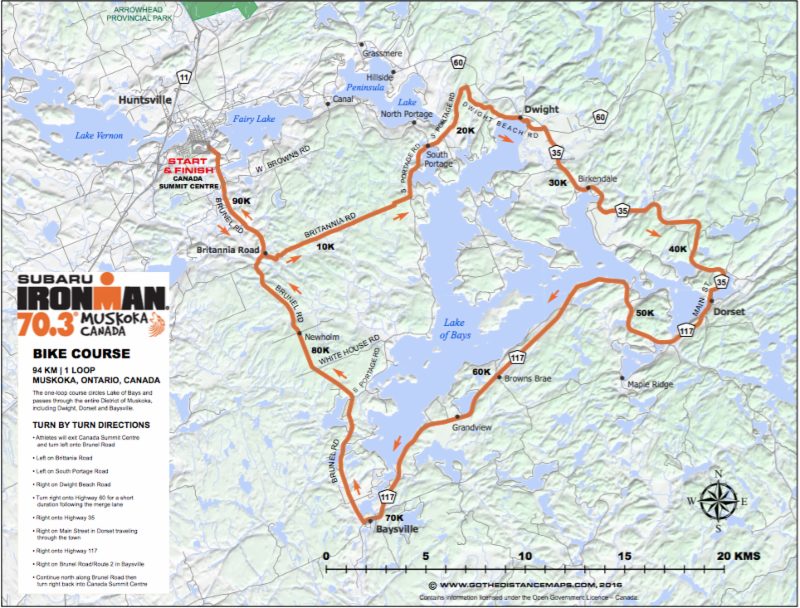 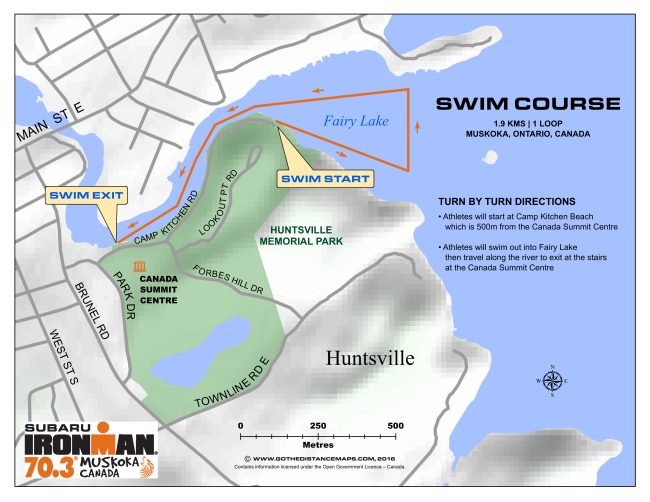 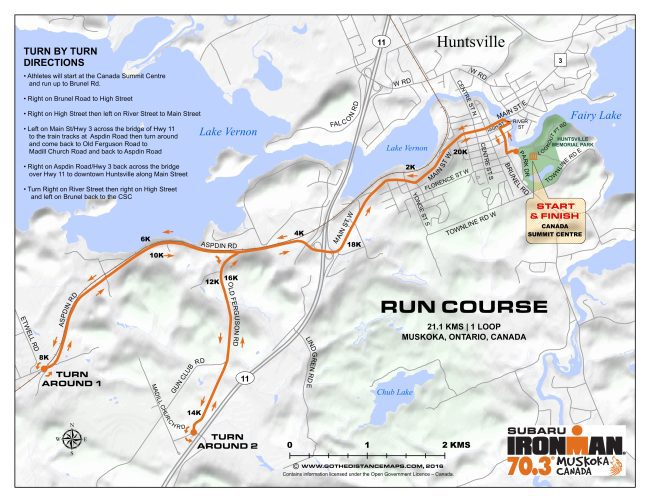 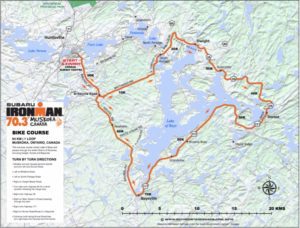 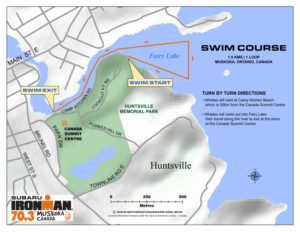 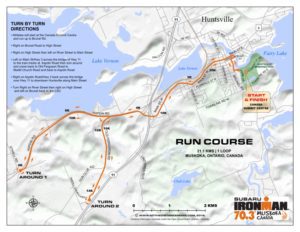 The new course features a new one-loop swim in Fairy Lake followed by a stretch in the connecting river, making it easily accessible for spectators. The roughly 94-km bike course circles Lake of Bays, passing through the small communities of Dwight, Dorset, and Baysville. While there are parts of the course kept consistent with previous years’, the major change is the “lollipop” part of the old course’s loop is gone.

“On the bike, there is a good chunk of the major descent and a long incline that are gone,” Trenholm says. “There is a new ascent introduced around kilometre seven but you only have to tackle it once and overall it’s easier than the old stretches.”

The half-marathon run goes through historic downtown Huntsville and provides great spectating spots along the course.

Trenholm says that overall, triathletes will find this to be an easier bike and run course.