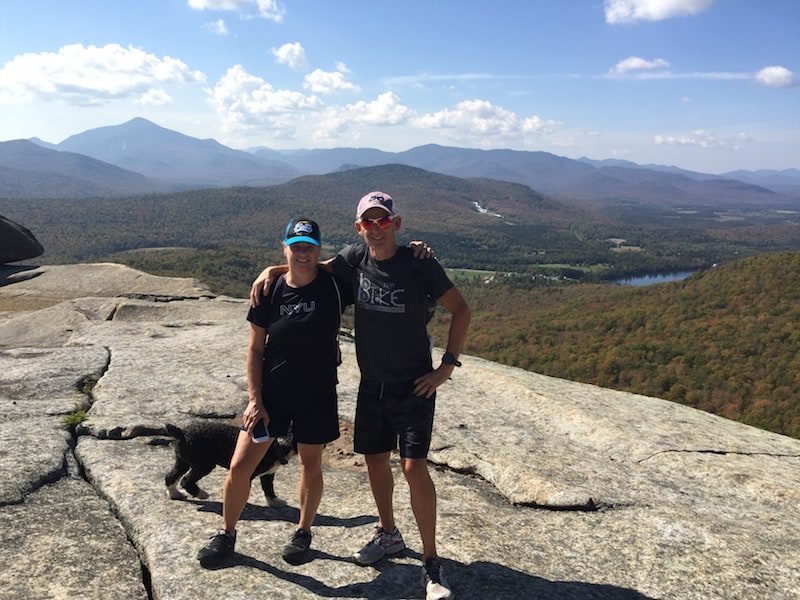 Two of the most dedicated and passionate administrative leaders in the sport of triathlon – Graham and Susan Fraser – will take their rightful place in Triathlon Canada’s Hall of Fame, the governing body for the sport announced on Monday.

The husband and wife team will officially be inducted into the Builder’s Category of the Hall after dedicating more than three decades of their life to all facets of the sport in Canada – from organizing the first ever triathlon in their hometown of Grimsby, Ont. for more than 300 athletes to leading bids for international events, to sponsoring athletes and founding Ironman North America.

“The names Graham and Susan Fraser are synonymous with triathlon in Canada, and deserve to be recognized amongst the greatest athletes, coaches and administrators in this country,” said Les Pereira, president, Triathlon Canada. “Sport simply does not evolve without innovative and passionate leaders like Graham and Susan. They have done some heavy lifting for our sport not only in Canada, but around the world, so we are very pleased to give them the recognition they deserve.”

Respected by generations of great triathletes who have developed and exceled under their watch including Lori Bowden, Lisa Bentley, Peter Reid and Simon Whitfield, it all began for the Frasers in 1987 when they began a five-race triathlon series in Ontario – which was later expanded across the country two years later. In 1988 they also hosted the first ever Canadian Championships in Milton, Ont., which was broadcast nationally on CTV Sports.

After mastering the domestic event-hosting role, the Frasers took things a step further in the early 1990’s where they bid and were awarded the ITU Worlds in Muskoka in 1992. The huge undertaking welcomed 1,800 athletes from 60 countries, marking the first time international television covered a triathlon race in Canada.

But their success story goes well beyond hosting more than 100 nationally televised events. The Frasers were also instrumental in introducing many innovations to the sport over the last 30 years including: multiple event weekends with Try-a-Tris, sprints, duathlons, Olympic distance and long course events. They were also early supporters behind the formation of Triathlon Canada, Ontario Association of Triathletes and the International Triathlon Union. To top things off, they sponsored countless young athletes and supported Canada’s elite athletes with assistance and sponsorship for their international training and competitions.

“This is a huge surprise and tremendous honour to have the opportunity to be recognized in front of so many special friends who we share many wonderful memories with,” said Graham Fraser, who has also competed in 300 triathlons himself. “It will be very special for Susan and I to be inducted together. We have met so many incredible people over the years. We always had so much support of Canadians, no matter what the situation and circumstance was, wherever we were in the world, and that is something I’m most proud of.”

Being recognized in a Hall of Fame is not new for Graham Fraser. He was also inducted into the Ironman Hall of Fame in 2012 for his contributions in creating a prize money series for pro athletes, and forming Ironman North America where he later oversaw a boom in Ironman racing between 1999 and 2009. Fraser was also the inaugural commissioner of the International Triathlon Pro Tour.

The Triathlon Canada Nation will officially induct Graham and Susan Fraser into the Hall of Fame during a special Triathlon Reunion Gala event, November 11, in Caledon, Ont. The unique evening will bring together many of the sports most recognizable and accomplished names in Canada including Bill Hallett, Loreen Barnett, Simon Whitfield, Lisa Bentley, Danny McCain, Mark Bates, and many more.

Triathlon Canada’s Hall of Fame recognizes and honours outstanding contributions and individual achievements of athletes, coaches and significant contributors/volunteers in the sport of triathlon in Canada. The accomplishments of those individuals inducted into the Triathlon Canada Hall of Fame are considered exemplary and superior to the contributions and achievements of the majority of individuals within their field.