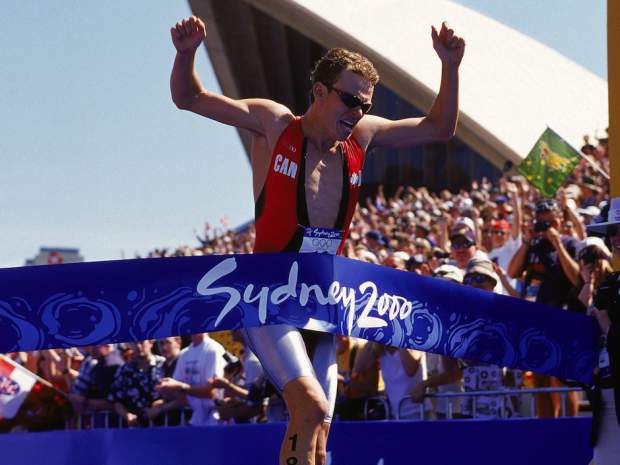 On this day 16 years ago, Canada found a new sports hero in Simon Whitfield. The 41-year-old is one of the most recognized faces in triathlon after winning inaugural Olympic gold in the Sydney 2000 Games and going on to medal in the Beijing Olympics after that. He has remained a fixture on the Canadian triathlon scene to this day, serving as a mentor for younger athletes including Paula Findlay and Kyle Jones.

Whitfield overcame a crash on the bike in the Olympic debut of triathlon for an unlikely win in a race that riveted fans from start to finish. In this video, Whitfield can be seen making his way from 24th off the bike up through the field of runners to third in a battle for gold. He works his way past top athletes including France’s Oliver Marceau to get in striking distance of Germany’s Stephan Vuckovic in the lead. An exciting footrace ends with Whitfield overtaking the tired German with just a few hundred metres to the finish line for an iconic performance that inspires triathletes to this day. His splits that day were 18:18 for the 1,500 m swim, 59:12 for the 40 km bike and 30:54 for the 10 km run for a total time of 1:4824.