Before his stunning third place finish in Kona this year, David McNamee wasn’t well known on the North American triathlon scene. That changed when he ran down a significant deficit after the bike with the second-fastest marathon of the day — 2:45:30 — to join the likes of Lionel Sanders and Patrick Lange on the Ironman World Championship podium.

Back home in Europe, McNamee has become a familiar face on long course Challenge Family and Ironman podiums across the continent. Since making the switch from ITU, the Scottish athlete — who lives in Girona, Spain, year-round — has thrived at the Ironman distance and proven to be one of the fastest marathon runners on any given day.

Part of McNamee’s success comes from the fact he has a long ITU career behind him and making the jump to long course racing in 2014 was the logical step when he looked at his skill set.

“Growing up in Ayrshire, Scotland I was first exposed to the sport at the New Years Day Triathlon in Edinburgh,” he says. “It’s a race that happens in below zero weather — something about it appealed to me and when I entered, I was hooked.”

Triathlon wasn’t huge in Scotland at the time so when McNamee started entering local races, he usually won.

“I was invited to joint he national squad and eventually chose my university based on where the National High Performance Centre was located,” he says.

British Triathlon has been a highly successful National Federation, producing the best male triathletes in short course racing — Alistair and Jonathan Brownlee — as well as a host of WTS champions on the women’s side, too. That had its pros and cons for McNamee, who never reached that top level in ITU racing or saw success on the Olympic stage.

“It’s a very well-funded program and I was lucky to train with the very best and get to see what it took to compete at that level,” he explains. “Training with the Brownlees… really motivated me to do well. But, at the same time, it’s frustrating when the two best athletes in the sport are from your country and no matter how hard you try, you can’t get to that level.”

At age 26, McNamee switched gears after the 2014 Glasgow Commonwealth Games.

“I always knew I would finish my ITU career young. I’ve always been drawn to Ironman — something about the long suffering is much more appealing to me than the short intense stuff.” 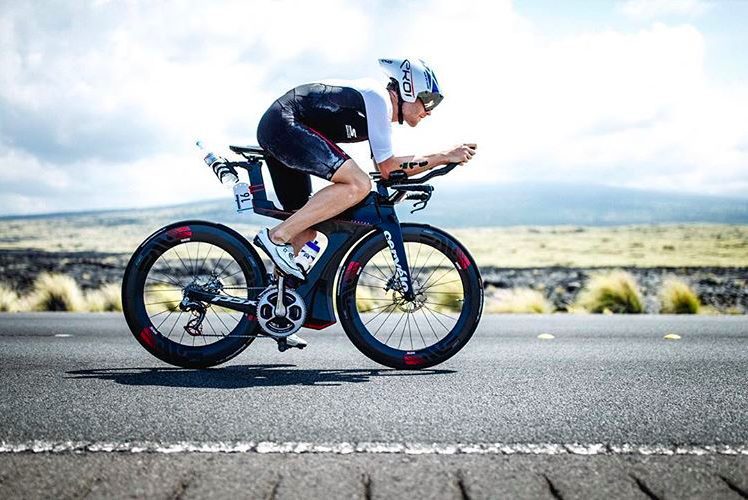 In his few short years in long course racing, McNamee has had some great success. He won Ironman UK, in 2015 a race he refers to as “truly horrific — they pick the nastiest climbs and the whole bike course is on rough country roads”, which qualified him for Kona where he then placed 11th but with the fastest run split and only sub-2:50 marathon of the day.

At Kona this year McNamee proved he had stepped up his game big time. His secret weapon? Training day-in, day-out with his competition who also happens to be the very best in the world — Jan Frodeno.

Another day ticked off. At some point I will find out where he gets his headbands from #lifegoals 📸 @oriol_batista

The two knew each other from ITU days but didn’t start training together full-time until this year. Initially their training partnership started with some swim workouts at a local pool in Girona, but soon it extended to cycling and running as well. Joined by Frodeno’s other sparring partner, Australian Nick Kastelein (winner of Ironman Zurich this year and sixth at the Ironman 70.3 World Championship), the three may have the most powerful training dynamic in long course racing right now.

The three muchachos, or the three from the petrol station, as we say in German. Never mind. Thanks boys- it's been epic- time to head to Kona. @nickastelein @davidmcnameetri #BurningForKona

“We train together because we want to, not because we have to,” McNamee replied, when asked if the training atmosphere feels at all like the international ITU squad he used to train with under Joel Filliol. “It has a more mature feel to it… there’s no coach telling us what to do, it’s just the three of us.”

A German that can tell a joke and an Aussie who can understand 98% of what I say. Rare finds. It's been a good years work so far…. T-1 day. #IMKona #ironman #triathlon #racing 📸 @brakethrough_media

With all three are focused on winning Kona as the ultimate goal, there’s no question it creates a competitive atmosphere in training, especially when they all push each other in every session.

“After the session’s over, we leave it in the pool or on the track,” McNamee says. “We’re back to being friends. Ultimately, that’s the difference. We push each other to the limit but we are all very supportive of each other at the end of the day.”

That was proven after Kona this year, when Frodeno failed to achieve his third consecutive world championship victory but McNamee rose to the occasion and took his first podium.

“Jan’s race was a disaster, but he was one of the first people to congratulate me,” McNamee says.

With each of the three producing fantastic results over the past two years, it’s clear that whatever they’re doing is working.

“Jan sets the tone for the group because he is still the champ, and has the most experience. I’ll always look towards him for that reason,” he says.

Part of that means tackling his own weaknesses in different ways. McNamee acknowledges that he isn’t the strongest cyclist, but spent the last year putting in some serious work on the bike in the mountains around Girona.

The key session that’s made the difference for him? “Twice a week I do over-gear hill reps,” he says. “I started with 5 x 5 minutes at 50 RPM, and I worked my way up to 8 x 5 minutes. It’s all about getting stronger on the bike. In Ironman it’s not enough to be fit you have to have lots of leg strength, too.”

As McNamee enjoys the off-season, he’s already thinking about next year and has big ambitions.

“Lots of opportunities are arising for me, it’s an exciting time,” he says. “But now that I’ve got the podium, the goal is to win Kona.”