While it wasn’t the day they had hoped for at the ITU World Triathlon Mixed Team Relay Series Edmonton, the Canadian team of Amelie Kretz, Matthew Sharpe, Desirae Ridenour and Alexis Lepage were able earn a ninth-place finish, earning some valuable points for Olympic qualification.

We caught up with the Canadians after their race for their thoughts on the race. 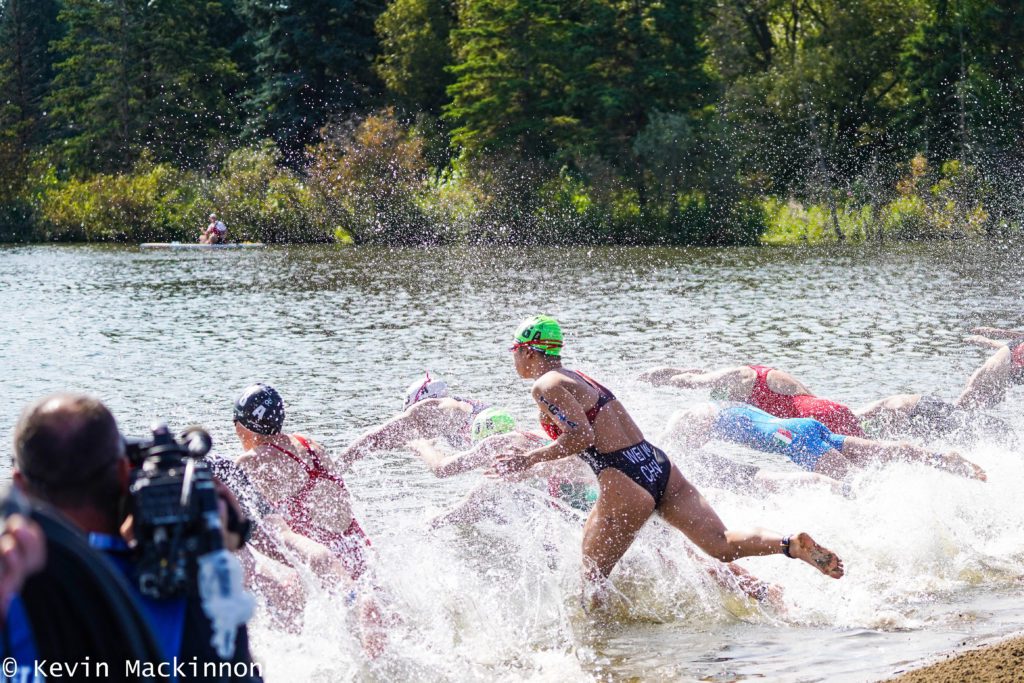 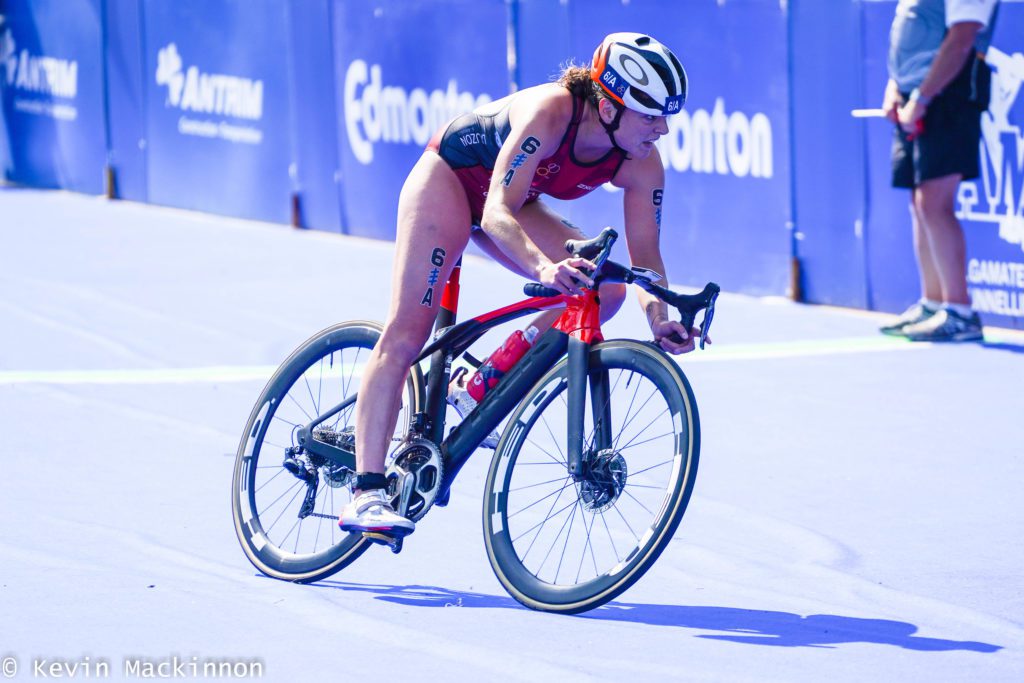 After a tough day on Saturday, Amelie Kretz led the Canadians off and kept the team in the hunt, finishing just a few seconds behind Team Australia and just seven seconds behind New Zealand, the eventual champions.

“I was hoping for better legs than yesterday – yesterday was very rough,” she said. “My start wasn’t very good, but I found my way around the chaos at the first buoy. My swim wasn’t great because I wanted to be with that breakaway, but we worked quite well together and we were right there in transition trying to close the gap – I think we were about five seconds behind at the end of the bike. My run was fine for half a lap, then I suffered through the middle part, then found my legs again. It was definitely better than yesterday – I’m not 100 percent satisfied, but after yesterday, I’ll take it.” 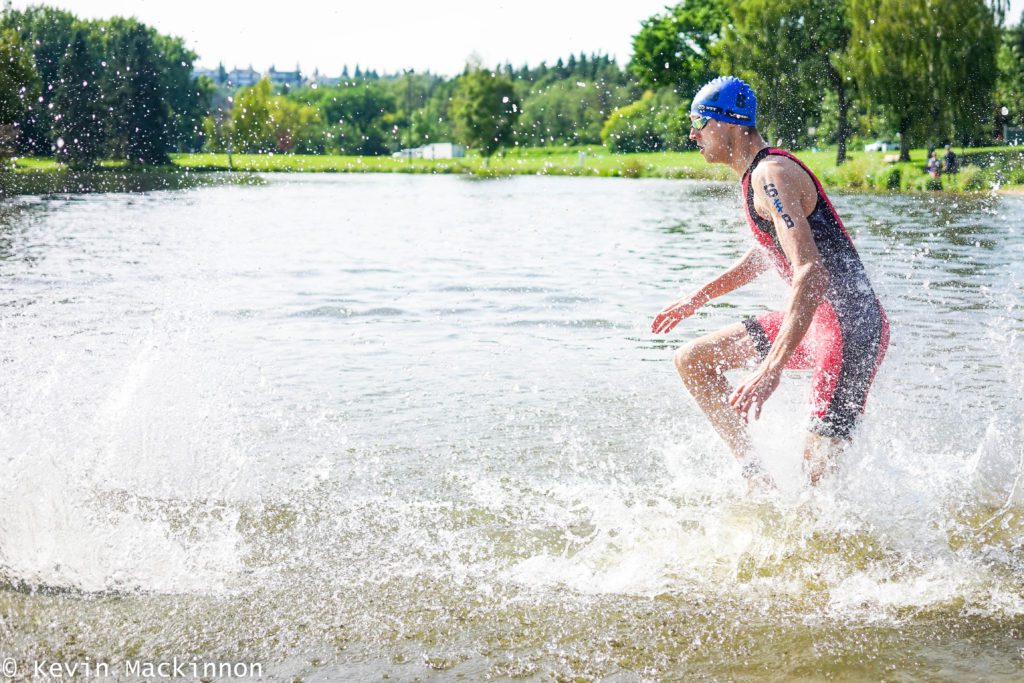 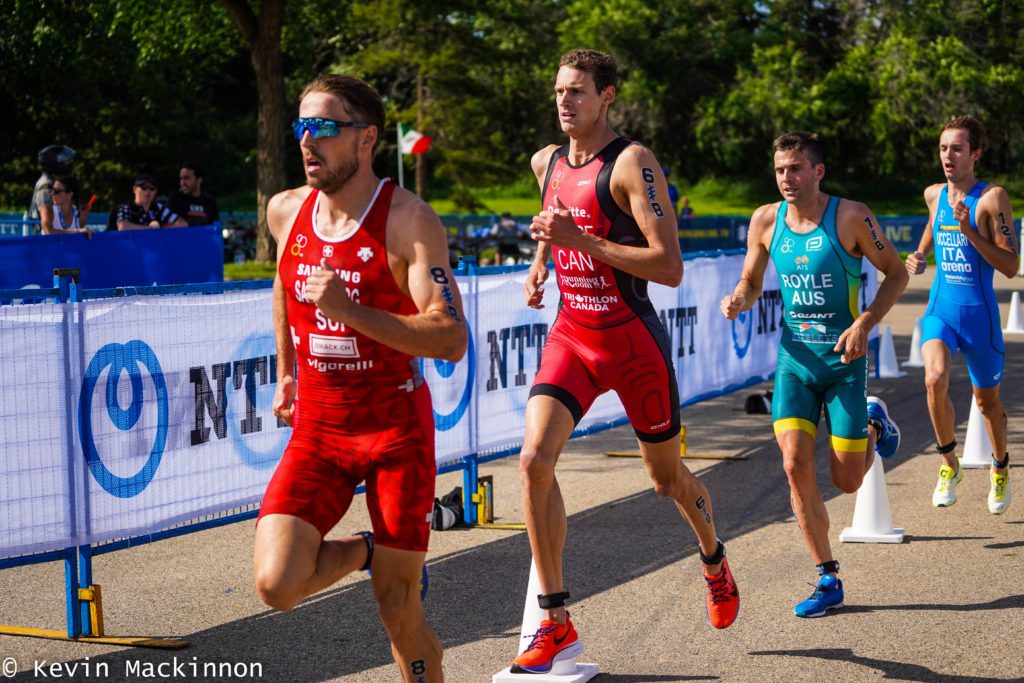 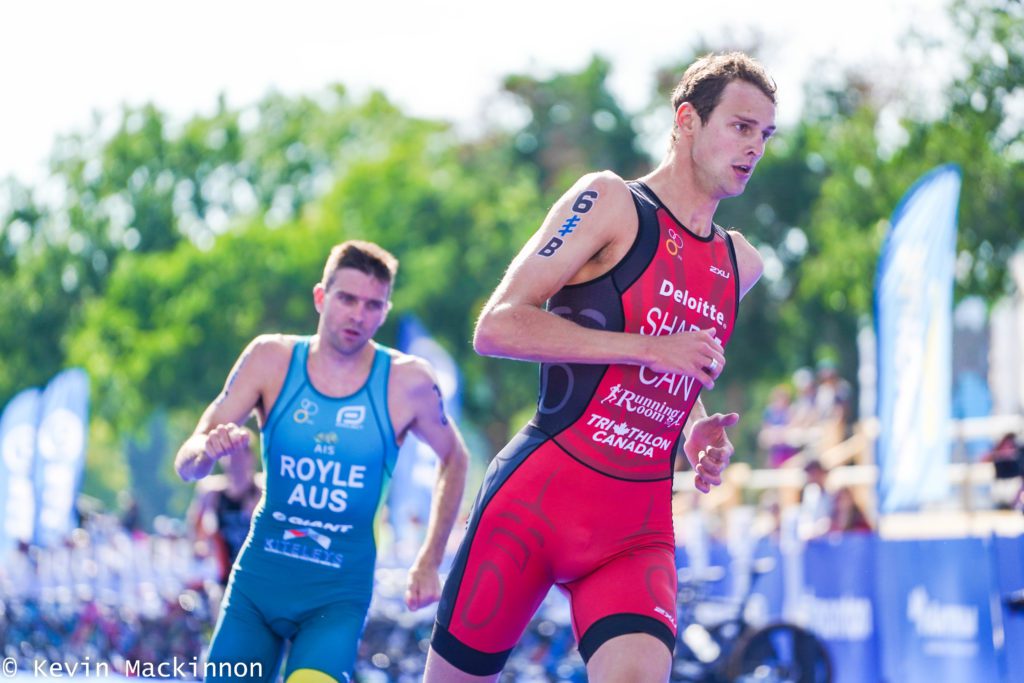 Next up was Matthew Sharpe, who had a strong leg mixing it up with the Australian, Swiss and Italian teams.

“It was a good solid effort today,” he said. “The crowds were awesome. I was second and was handed off in a good position. I had an athlete who was a good swimmer right in front of me and I had to go quite hard to run and get on his feet. We had a good group together on the bike – I definitely didn’t make any friends out there today. If you look at the replay I don’t know if you’d see my nose in the wind once, but sometimes in these races you have to do that. Then I did what I could on the run to get the team in a good position.”

“It was a good hard day out there,” he continued. “It wasn’t the result that we want, but we’ll be back for more, for sure. You go all over the world … coming here you find a new level in my racing. Having the home town support – we’re so grateful to have the local organizing committee contribute to our success by having this event.” 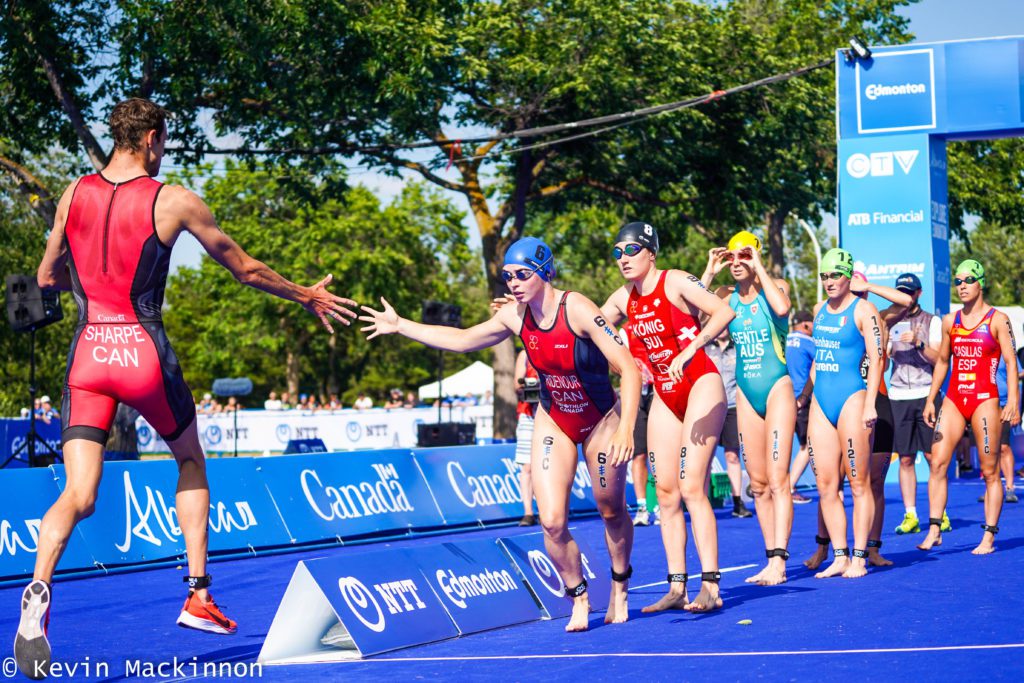 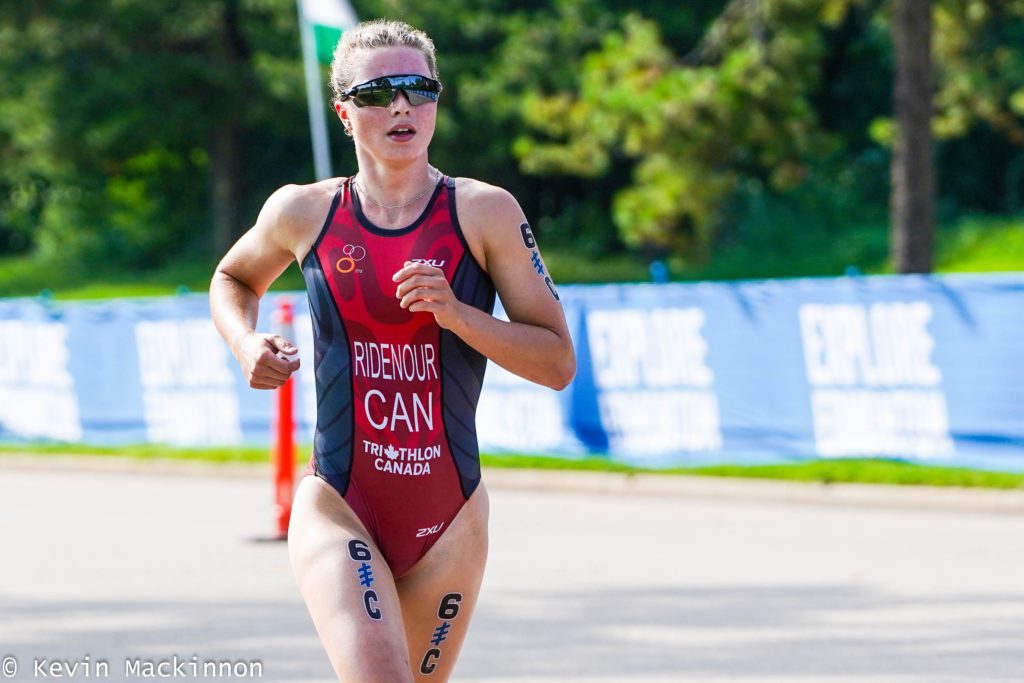 The third leg saw Desirae Ridenour competing after having to miss some time due to injuries.

“It was definitely a rough race out there,” she said. “This was my first race back after having a foot injury and then a concussion, so I’m grateful to have been out there, but it was definitely not what I was looking for in performance. (Starting back at this level of competition) definitely isn’t easy. All your weaknesses are exposed – if you just don’t have it on the day, everything sort of implodes.”

“I had a pretty good swim, but the bike and the run suffered a bit,” she continued. “I’m grateful to have such amazing teammates to help pick my performance off from the dust.” 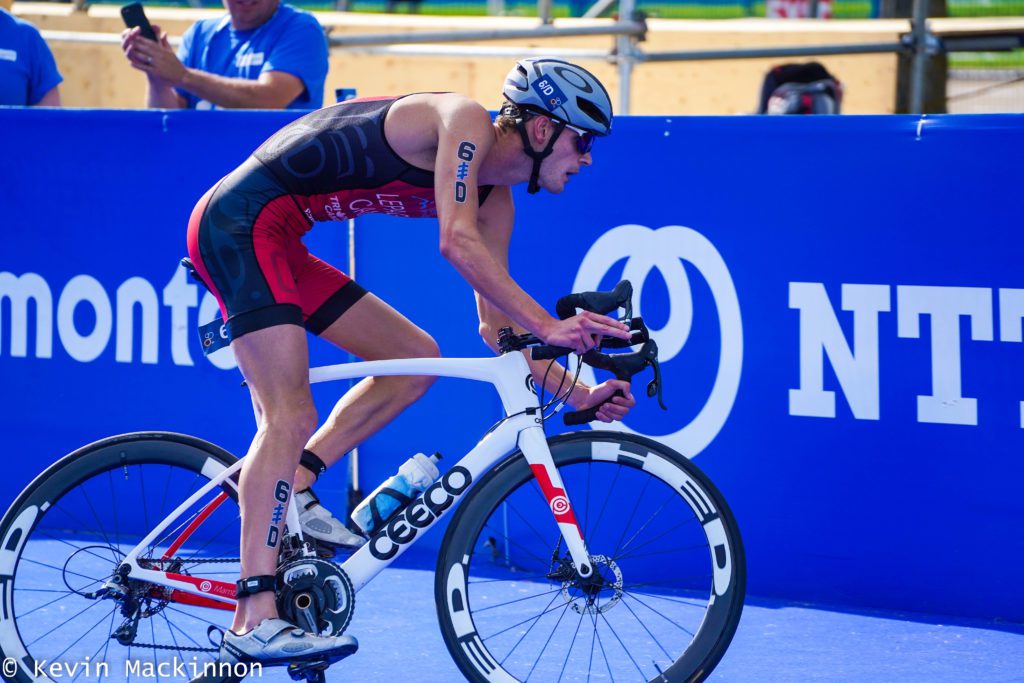 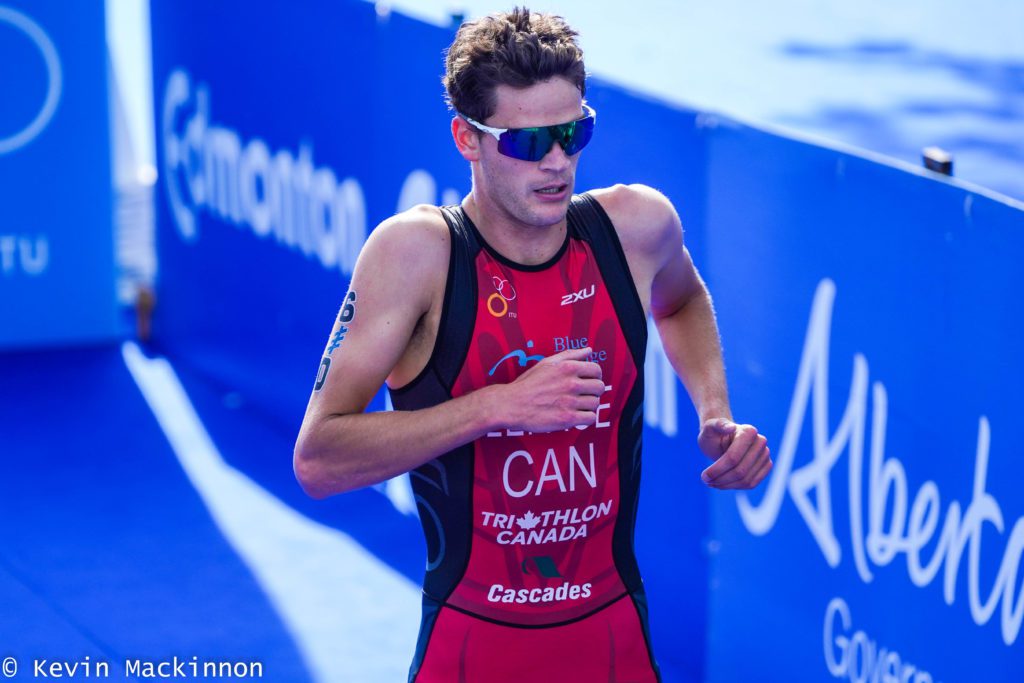 The final leg saw Alexis Lepage back in action after a tough day in the individual race the day before.

“Yesterday I had a good swim and on the bike I felt quite strong, but after the big crash in the last 500 m on the bike I started to feel really sick – I thought I was going to die right there … the crash was right in front of me. After that I just couldn’t breath correctly, I was feeling sick … I just did a safe choice to pull out on the run and save my legs for today.”

“(Today) it was like a time trial,” he continued. “Obviously I was in no-man’s land – the people in front were quite far and the people behind were quite far as well. I just wanted to give everything – I had a decent swim. I was alone on the bike and pushed pretty hard, but obviously wasn’t as fast as I would have been if I was in a pack. On the run I just went full gas. It’s not where I wanted to be, but obviously we can’t always be in the front. I’ve had good training and I look forward to another one.”

Lepage and Ridenour are now off to Lima, Peru where they’ll compete in the Mixed Team Relay at the Pan Am Games.