If you’re like me, its round about now that you feel a little groan in the bones, a touch of fatigue on the mind. It’s the middle of the season, the crest of the year, and like any hill, it has to be summited.

Many triathletes here in Ontario, for example, divide the season into two big A races, with the first typically coming in June or July and the second coming around September. It makes sense from a scheduling and training perspective. And, around here, there are some great races to choose from: Mont Tremblant and Muskoka in that June/July period and the Barrelman Half later in the summer (to name but a few of the more obvious choices).

The problem that many of us are faced with, though, is that mid-season slump. The first big race has come and gone, we’ve peaked and hopefully performed well, and now it’s time to pick things up and refocus for the rest of the season. It’s easier said than done, but I find that mixing things up around now really helps to stay fresh.

I recently raced the Xterra off-road triathlon series in Milton and aside from being pleased with how I performed, I enjoyed the day and the race. It was something different. There was less pressure. To use some soccer lingo, it was like an away game for me, so the spotlight was on the other guys, the guys that are used to racing off-road. 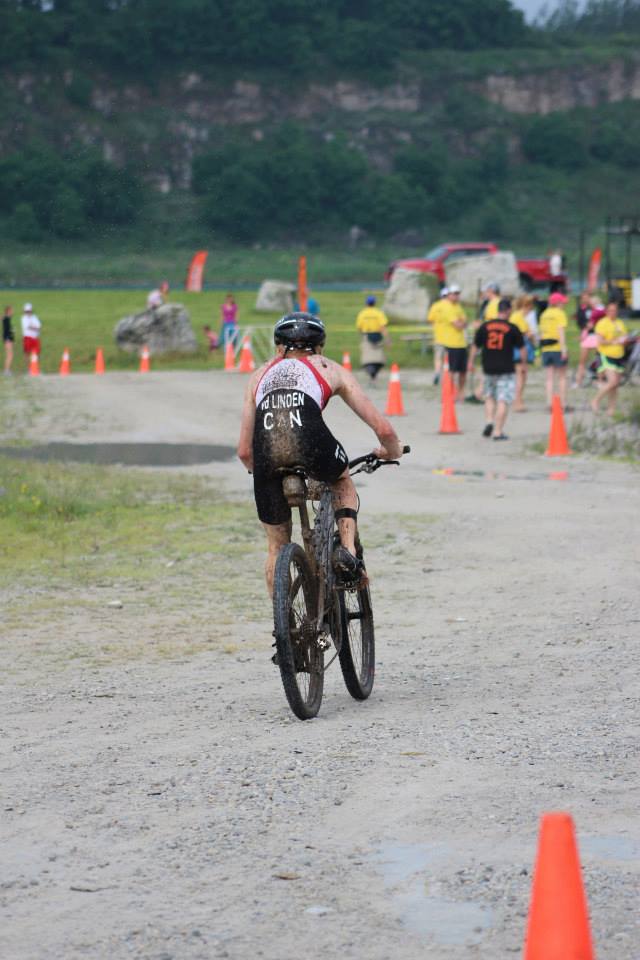 If you’re not an avid mountain biker or an experienced trail runner, you don’t have to race off-road to take advantage. Simply take your mountain bike onto the trails one evening, ride for fun, and enjoy the break from the road.

Mentally, time-trial riding can be draining. You’re looking at the road the whole time, or you’re on your trainer. Nothing really changes that much. But a bike trail changes from week to week, even from day to day depending on the weather. You’re forced to focus on your surroundings and it’s much more mentally engaging.

It’s a different kind of experience in terms of exercise, too. Instead of putting out big power for 10, 20 or 30 minute intervals, you’re pushing hard for 30 seconds, coasting for another 30 seconds. Mountain biking is a lot of short bursts and it makes for a great mental refresher.

There are other ways to mix things up, too, without going off-road. If you’re used to racing longer, then sign-up for a couple of sprint distance races for late July and August, or drop the swim altogether and sign-up for a duathlon.

The great thing about triathlon is we all have the chance to switch things up. We train for three disciplines, so a road race, an open water swim meet or a 10 K all become viable options, maybe options that provide a little more fun rather than the serious business of triathlon.

And this approach works for the big picture, too, not just this mid-season period. A lot of people I know remain in the sport for four or five years before drifting away. The tendency is to continually go longer, to move from Sprint, to Olympic, to Half to Full distances. This can take its toll mentally and physically.

You’re far more likely to achieve longevity in the sport of triathlon if you try a few new things from time to time.

And right now is a great time to start.

If you have any questions on anything related to multi sport, just reach out to me at alexvanderlinden@hotmail.com