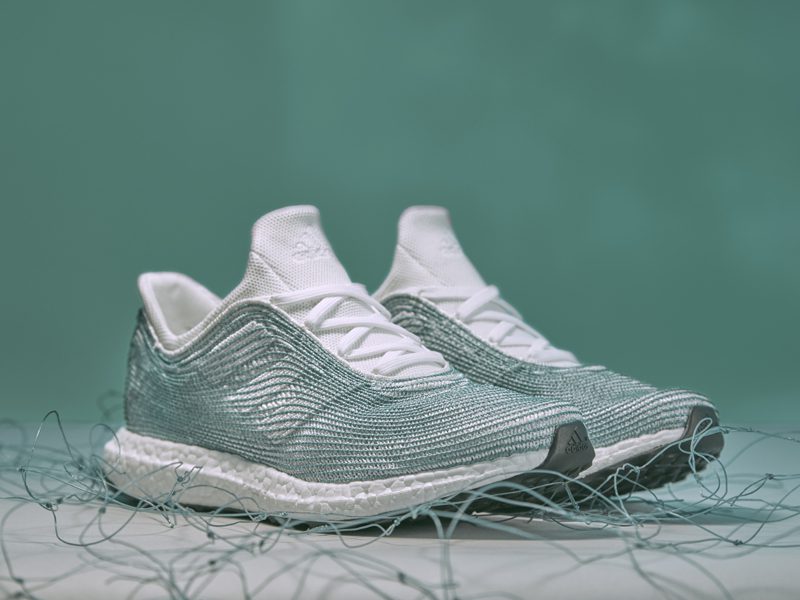 Adidas is turning an environmental threat into threads to make a shoe upper.

In playing their role to help clean up our oceans, the brand has partnered with Parley for the Oceans, an organization devoted to decreasing the amount of littered plastic that’s floating around in our oceans. Together, Adidas and Parley for the oceans has taken 11 million plastic bottles from ocean waters, cleaned them and woven them into a material to make one million running shoes.

Called the UltraBoost Uncaged Parley, the shoes have blue threads designed to look like ocean waves. Runners familiar with the brand’s shoes will notice that the soles are made from the same classic Boost material to give runners that spongy, springy feeling after toe-off. The shoes will retail for US $220.

While news of the recycled ocean plastic shoes has been floating around for some time, Adidas has recently announced that they are looked forward to phasing virgin plastic out of their products. Initially, 7,000 pairs of the shoes were made available but for 2017, that number has been bumped up to a million.

Fans of this new environmentally conscious project can also keep track of it on social media under the hashtag #AdidasParley.