This week Lance Watson was named to the class of 2015 Triathlon Canada Hall of Fame. The head of LifeSport Coaching  is a five-time Triathlon Canada Coach of the Year, and has coached some of the greatest Canadian triathletes from kids into Olympic champions. Among his successes, Watson has coached Canadian Teams winning gold medals at the Olympic Games, Commonwealth Games, and Pan American Games and took Canadian athletes to 17 Ironman victories, 5 Ironman World Championship podiums, four International Triathlon Union (ITU) World Championship medals, and numerous ITU World Cup wins.

TMC: Congratulations on the amazing accomplishment and well-deserved recognition for your contributions to the sport of triathlon for so many years. What does being inducted into the hall of fame mean to you? 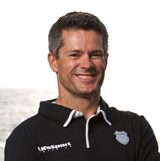 Lance Watson: Thanks! It’s an incredible honour. I found out early in the day right before my morning run around Elk Lake, so it was nice to have some alone time to reflect and enjoy. It sparked a flood of memories of athletes, practices, travel and competition that I cherish. I have spent my career working really hard at something I love to do and am always immersed in evaluating where the athletes are at, and what was the next major step for them – goal setting, planning and executing that plan. It’s very process oriented. At the end of the day to have a body of work that is recognized by your peers in this way is a wonderful affirmation of pursuing your passion in a determined manner.

TMC: How does it feel to be named alongside Heather Fuhr and Lori Bowden?

LW: That is some fine company, some of the all-time greatest athletes in the history of triathlon on this planet. It gives me perspective on what a special acknowledgement it is to be recognized like this.

I have many fond memories of Heather and Lori. I remember travelling Europe and North America with my wife Lucy in the 90’s. Lucy and Heather had some battles-royale on the then prestigious Powerman Duathlon circuit. Czech Republic, Switzerland, Oahu, Alabama. These courses were gruelling and Heather was so darn tough, and such a gracious and fine champion. I have a postcard-like memory of her flying through the trails at the legendary Wildflower Triathlon as well, winning that classic. She was a beautiful runner. We all cheered when she won in Hawaii.

Lori was always so humble and down to earth. I recall one National Triathlon Centre run practice in Victoria where I was helping Lori with some run drills for mechanics. She had a distinct running style. She asked me the purpose of the drills, and I mentioned they might help her run faster with refined mechanics. She was patient and open to learning, and probably being patient with me too! Of course she never adapted any of those changes, and she continued to run faster than anyone in the sport. I should have known better than to try and mess with perfection. I also remember Ironman Canada, when Lisa Bentley started the run with a good lead. I was coaching Lisa, and timed her at the half marathon point in 1:27. She was flying but Lori had already gained 3 minutes (!) on her. Lori ended up running a 2:56 marathon that day for the win.

TMC: You have had a number of long-term and incredibly successful coaching relationships with many top Canadian triathletes. How do you think this kind of honour will impact the athletes you coach?

LW: I’ve created lifelong friendships with many of these athletes. I have been coaching Brent McMahon for 20 years. He has been there for most of the journey, starting at age 14. He was there when Simon Whitfield arrived in the squad in 1999. He’s been a key part of my professional and personal life, and like a younger brother. Lisa Bentley wrote a wonderful letter about how I had impacted her career and life over 11 years. I received many notes from athletes from different chapters, and that was really fulfilling. Simon made a really nice Facebook post about it. With the current athletes, I think it gives them a connection to a rich history of many great careers, and a sense that if they do the work they can get there too.

TMC: What are the most significant ways the sport has evolved since you began coaching?

LW: I used to wait four days for the fax to arrive in the middle of the night for the race results from Australia or Europe. Or planning 1:00am phone calls with race directors overseas to make sure your athletes were getting picked up at the airport. Faxing training plans was high tech, index shifting bikes, clipless pedals, aero bars, and then starting to use heart rate monitors. There are so many training technologies now and ways to exchange information, and it is easy to coach athletes effectively in different countries and time zones. We are seeing so much more depth and competitiveness in age group racing and coaching is a big part of it. When I started, there were very few triathlon coaches. It amazes me I chose this as a career 28 years ago, when most people didn’t know what a triathlon was. The sharing of training information, the development of training techniques and sport science, and greater access to professional coaching for athletes of all abilities has changed the game.

TMC: If you could offer a new triathlete a single piece of advice what would it be?

LW: Approach every workout with perspective. Focus, take it as seriously as you want to, but remember you are lucky to get to do what you do, to have your health, and hopefully some really cool equipment too! Sport is about fitness, skills and competition, but most of us started because it was a fun challenge and play time. If you have kids, you are role modelling behaviour, so experience and express yourself in sport as you hope they would do as well.