At the 2011 Ironman 70.3 World Championships in Las Vegas, Jeff Symonds surprised everyone, including himself, by making it onto the podium. 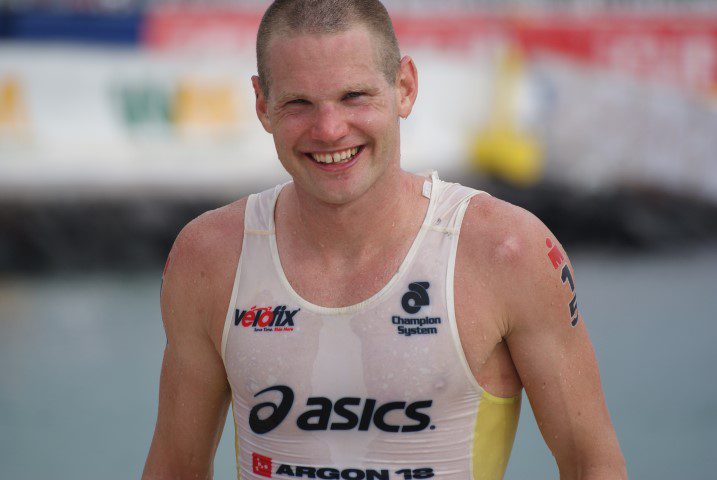 “I work part-time at The Bike Barn in Penticton and had put some solid hours working at the expo as well as some solid hours in cheering and supporting my girlfriend in her first Ironman,” Symonds told TMC after the race. “Sleep and training really suffered and I felt pretty drained from everything. I really considered pulling the plug on things, but decided that the race would be a great learning experience.”

Coming off the bike six minutes off the lead, Symonds gradually made his way through the field on the run, ultimately moving into third place with the day’s second-fastest half marathon of 1:13:33.

“I think the key was that I didn’t get excited at the start of the run; I ran my first mile in control,” he said. “I also understood the importance of the world championships and how a good result here could literally change my life.”

The now 34-year-old finished in a time of 3:58:42, joining Australia’s Craig Alexander and American Chris Lieto on the podium. Symonds remains the only Canadian male to win a medal at the 70.3 worlds.