Two-time Ironman world champion Patrick Lange has long been heralded as one of the sport’s premier runners. Today he proved that with a blazing 2:30:32 marathon split. It’s important to note that Ironman run courses are rarely certified, so they’re not always accurate, but based on Lange’s Strava data, the course appears to be close to the correct distance. While Lange’s Strava post puts his run at 300 m short of the full distance (and it’s hard to know exactly where he started his watch), that’s still an incredibly fast run, likely the fastest ever recorded in an Ironman. (Matt Hanson ran a 2:34:39 to win Ironman Texas in 2018.) 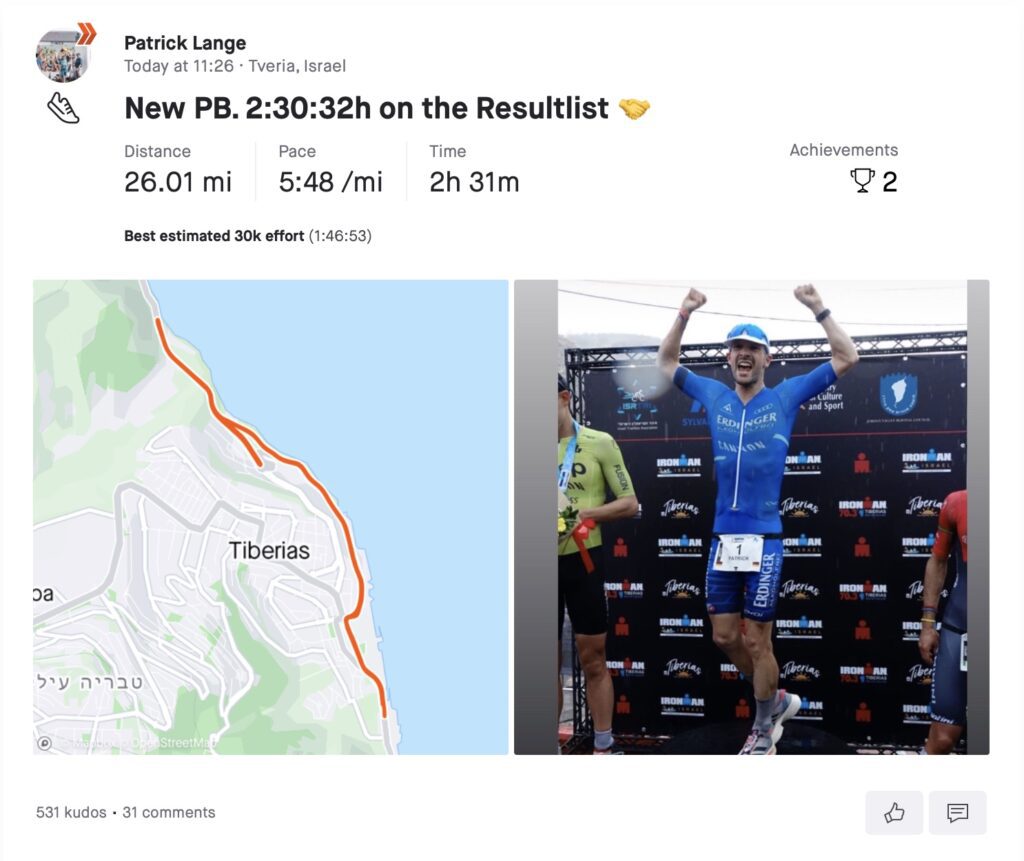 Lange, coming off a disappointing 10th-place finish in Kona last month, was seventh out of the Sea of Galilea this morning, 1:36 behind the Netherlands’ Men Koolhaas, who finished the swim in 47:32. Sweden’s Robert Kallin would power through the bike in 4:07:30 to lead into T2, 1:32 ahead of Denmark’s Daniel Baekkegard and just over four minutes up on Germany’s Florian Angert. Lange was firth into T2, leading a group that included countryman and fellow world champion Sebastian Kienle

Through the halfway point of the marathon Kallin was still in front, but his lead was down to 23 seconds on Baekkegard, while Lange had moved to third, 2:02 behind the leader. Lange’s relentless pace (3:35/ km or 5:48/ mile) was too much for the Dane and by 30 km the German was in front and flying towards the record-setting marathon performance.