In just a few weeks St. George, Utah will become the first venue to host the Ironman World Championship outside Hawaii. The race started in Honolulu in 1978 before moving to the Big Island in 1981, and has become the sport’s most flagship event thanks to the aura created by the Big Island’s epic winds, heat and atmosphere ever since.

We can thank the COVID-19 pandemic for the new venue. When the state of Hawaii found itself dealing with another surge in cases last August, Ironman was forced to postpone the 2021 world championship event to February, 2022. At the time the possibility of the race actually taking place on the Big Island that month seemed like a stretch – February is typically the island’s busiest tourism months. So, it came as no surprise that Ironman first started to float the idea of an alternate venue for the February race, then announced that the race would move to St. George, a venue that Ironman knew would put on the race pretty much regardless of what was happening with COVID around the world after the successful running of the Ironman 70.3 World Championship there last September.

“The ongoing uncertainty regarding Kailua-Kona, Hawaii`s ability to host the event in February required a change in venue to outside of Hawaii for the first time since the inaugural event in 1978,” Ironman said of the decision. “St. George was selected as the first new host location of the event outside of Hawaii in 40-plus years based on its strong community support, challenging course, and experience hosting Ironman triathlons and other major events.”

Ironman has had a relationship with St. George since it put on the first long-distance race there in 2010. It was, in many ways, a perfect match. Ironman was looking for new, challenging venues that were willing to put some tourism money behind the event, St. George was looking to change its image.

“The relationship with an event like Ironman changed the dynamic of how people though of St. George,” said the man who spearheaded the relationship, Kevin Lewis, director of the Greater Zion Convention and Tourism Office. “In the early 2000s we were known for golf or retirement.  But there was so much to more to do in the Greater Zion area, much more than those two elements that make this a special space. Once we added Ironman to the mix, it helped open the eyeballs of the world and the endurance community of the potential here in St. George.”

Lewis isn’t kidding – St. George is an outdoor paradise. Whether you’re taking in parts of the Mojave Desert, or the incredible red rock cliffs that you’ll see in abundance at Snow Canyon State Park or the world-renowned Zion National Park, or take in the alpine splendour of the Pine Valley Mountains, you’ll be blown away by the incredible beauty of the area.

And, to be clear, this isn’t going to be an easy race. The original full-distance race dropped off the Ironman calendar after a few years because it was so tough. All of which ensures that even though it seems unlikely that Ironman would look to start moving the Ironman World Championship around to different venues, the race in St. George will leave its own special mark on the history of the race. 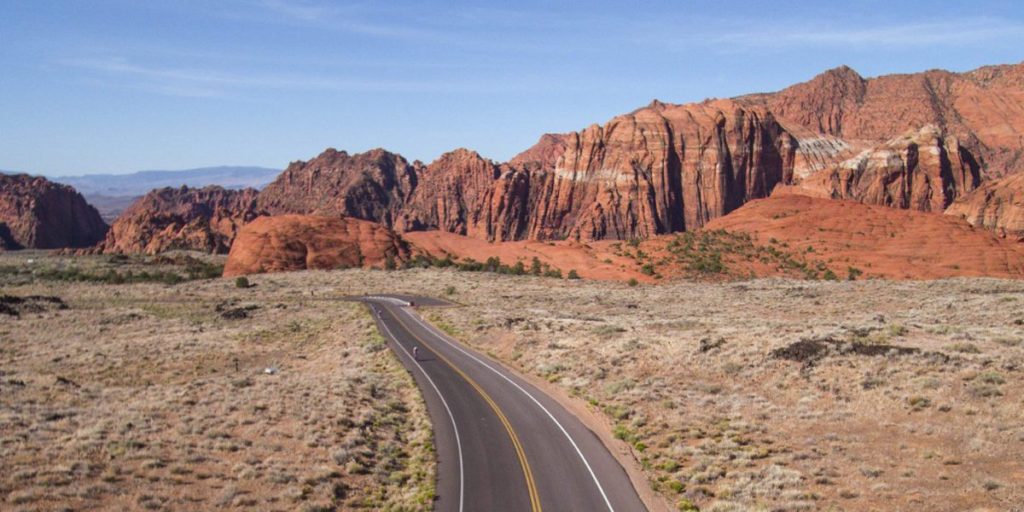 St. George might have embraced Ironman over a decade ago, but the city has quickly become the company’s go-to venue for world championship events through the pandemic. After hosting the 70.3 worlds last September, the city was given the chance to hold another 70.3 world championship event next October, a few weeks after the race in Kona. Add to that the worlds in May and you have three of the sport’s biggest races all taking place there in just over a year. Lewis isn’t worried at all that the city is ready for the challenge.

“We have a support system here that is unrivalled,” he said. “It is amazing how well our organizations step up. Everybody is geared up.”

That’s because the community has seen the benefits of travel and tourism over the years. The last two years have seen St. George set new visitation records despite the COVID-19 pandemic – all of which comes when you brand yourself as the “Land of Endurance” and push the outdoor opportunities of the region at a time when that’s pretty much the only thing people can do.

Add to all that the harsh, rugged beauty of the area and the long history of enduring the challenging terrain that the early settlers of southern Utah had to endure, and you have the makings of exactly the kind of challenge an Ironman athlete is looking for.

No, it won’t be the Big Island. No, it won’t have that long history and mystique that the Ironman World Championship is renowned for. But, for sure, it will be quite a race.

The Ironman World Championship in St. George, Utah, will start as the Ironman events there always have – at Sand Hollow Reservoir. The 3.8 km swim is likely to be a cold one (deboer wetsuits have even designed a suit for the race), with temperatures expected in the high-50s to low 60s Fahrenheit. 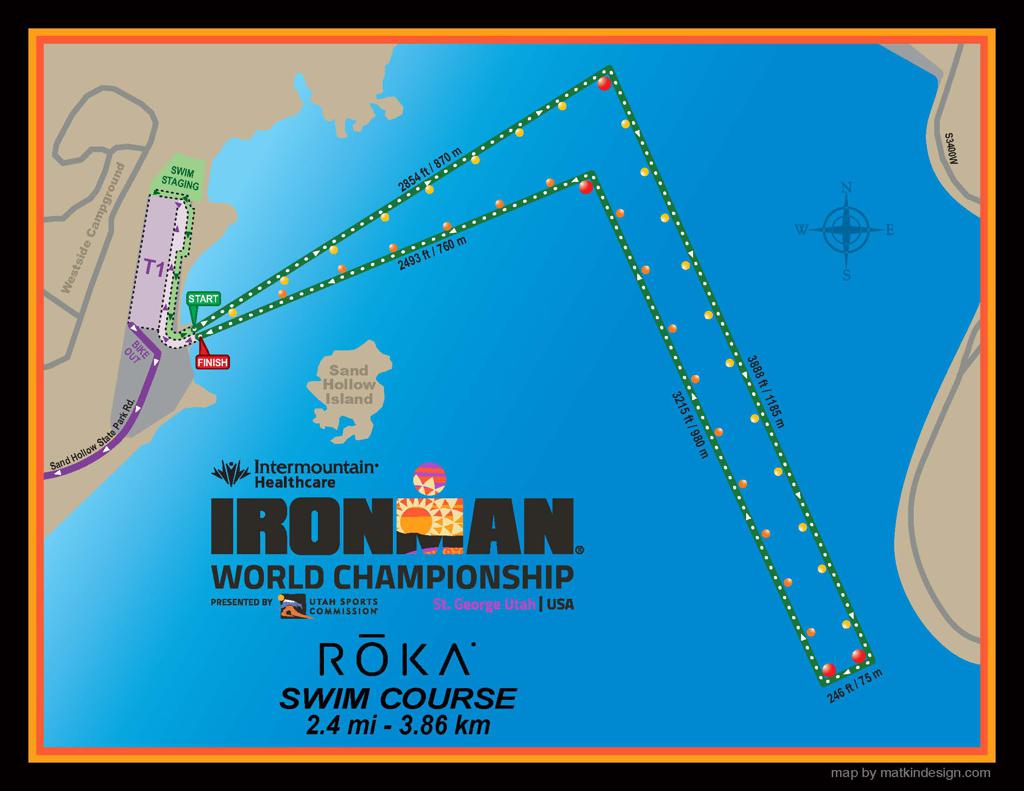 The 180 km bike promises to be a challenge thanks to the 2,248 m of climbing that includes long efforts through Snow Canyon park, while the two-loop, 42.2 km run course adds another 431 m of climbing to the day’s mix. 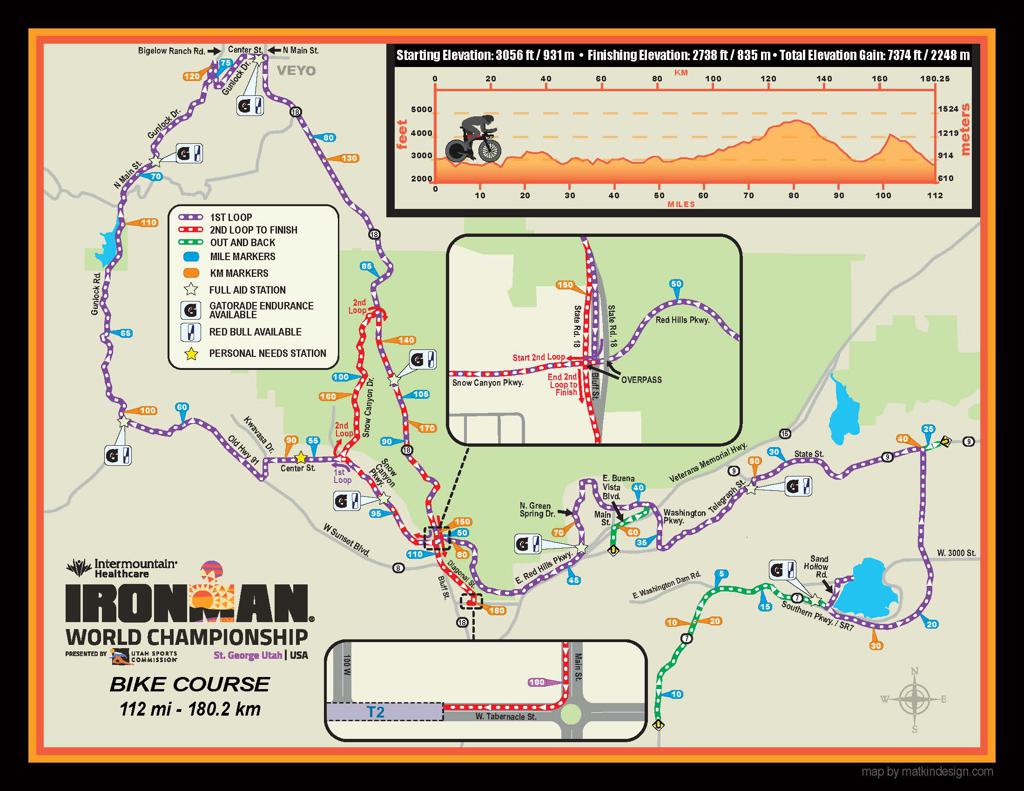 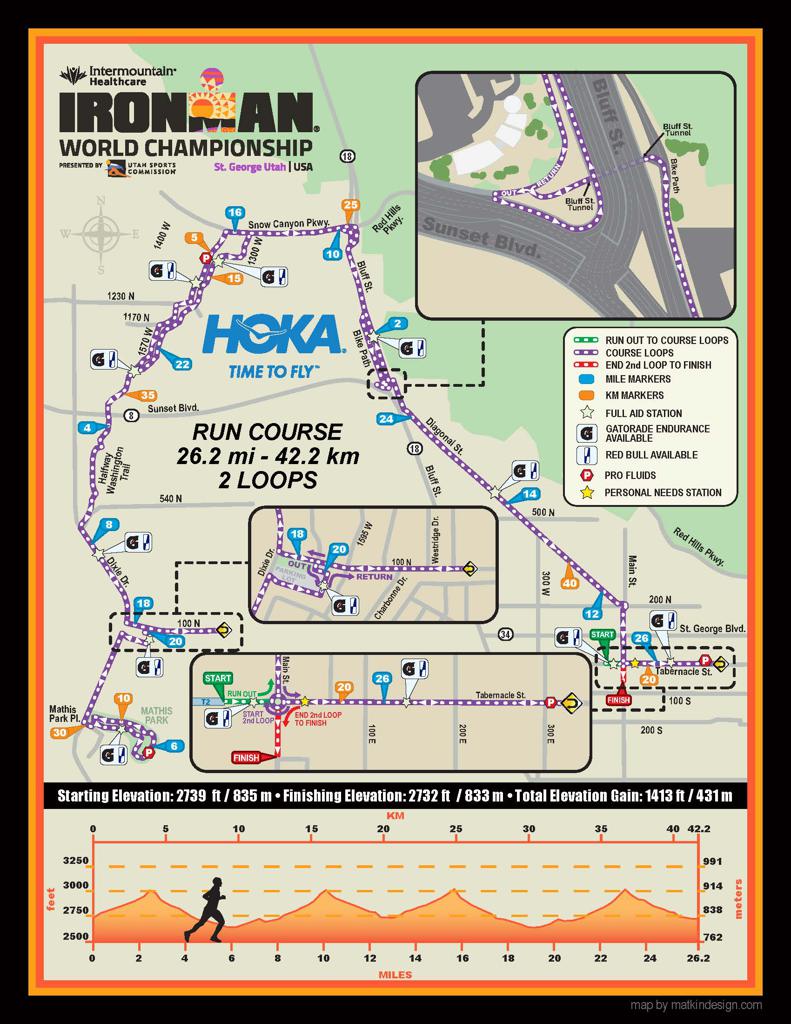 The courses at Ironman events have always been considered amongst the toughest on the Ironman circuit – over 300 athletes at the 2011 race didn’t make it to the finish.