There was no touching the English team at today’s Commonwealth Games mixed relay, which was hardly a surprise since the team featured two of the four athletes who won the gold medal at last year’s Olympics – Alex Yee and Georgia Taylor Brown – along with a woman who might very well have been part of that team, Sophie Coldwell. Throw in a solid performance by Samuel Dickinson and there was little doubt who would take home gold.

The only surprise was just how quickly the race became a forgone conclusion. Lead off man Alex Yee seemed determined to make a statement that even without that 10-second penalty given to New Zealand’s Hayden Wilde, he would have taken the gold in Friday’s individual race. The message came through loud and clear as he blasted away from his Kiwi rival on the run at the end of the first leg to put England well ahead for good.

Canada’s Tyler Mislawchuk came out of the water in third place behind South Africa’s Jamie Riddell and Wilde, but would miss the group that formed once Yee caught up on the bike.

“I spent most of the bike chasing, then got caught by a group of four guys just before transition,” Mislawchuk said after the race. “I was pretty done from spending so much time on the front. Just missed it, but I was cooked for the run.”

Mislawchuk tagged off with Emy Legault, who saw that individual champ Flora Duffy wasn’t far behind and tried to stay with the Olympic champ.

“The goal was to get on her wheel, but it was obvious she didn’t want any passengers,” Legault said. “She went pretty much right by me.”

Meanwhile, up ahead, as Yee handed off to Sophie Coldwell, the race for gold was pretty much over. A few countries remained in the mix for the other two medals, though. For a while Scotland remained in the mix along with Wales, Australia and New Zealand,  but after Beth Potter’s second leg the Scottish team dropped out of contention, setting up a close race between Wales, Australia and New Zealand. 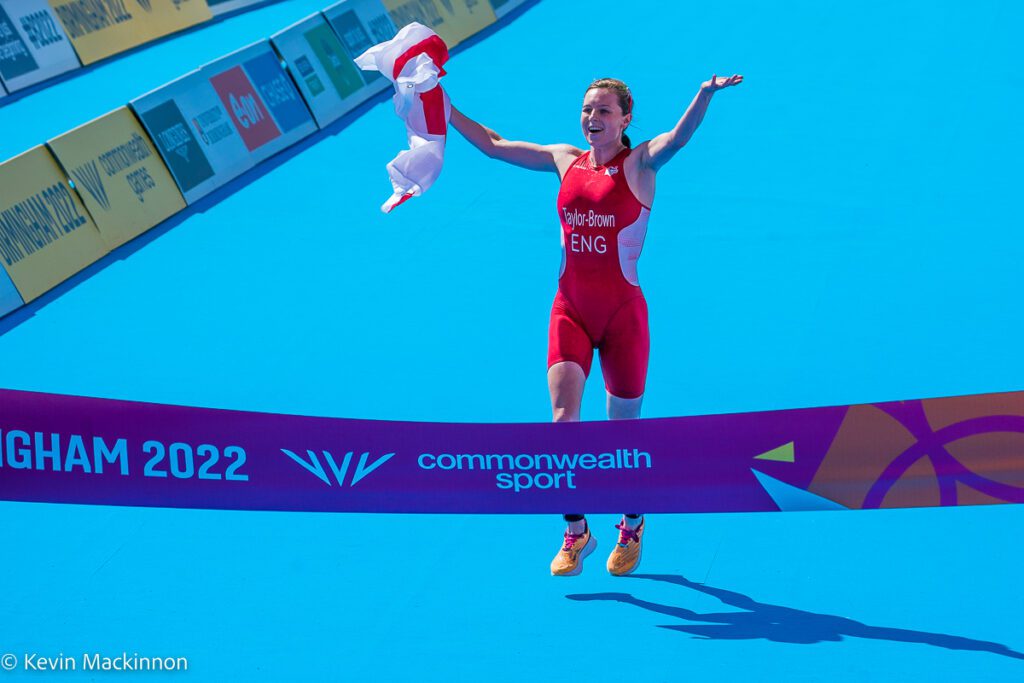 As Georgia Taylor-Brown cruised through the course to nail the gold medal, Natalie Van Coevorden (AUS), Non Stanford (WAL) and Andrea Hansen (NZL) stayed neck and neck through the swim and the bike legs. With the end of the run in sight, Stanford pulled clear to give Wales the silver medal, with Linn hanging on to give Australia the bronze. Hansen ran New Zealand to fourth. Scotland finished fifth.

Canada found itself in a fight for sixth place with Bermuda. Charles Paquet managed to catch up to Tyler Butterfield on the swim, then hung on to the Ironman champ’s wheel through the bike before running away to give Dominika Jamnicky a bit of a lead to start the final leg.

“I wanted to maintain our position ahead of Bermuda, so I tried to hold that gap and do the best I could in the moment,” Jamnicky said after the race. “In the end I smiled and enjoyed the moment. It’s been an awesome weekend.”

Jamnicky did just that, staying ahead of Erica Hawley to keep Canada in sixth, with Bermuda taking seventh.