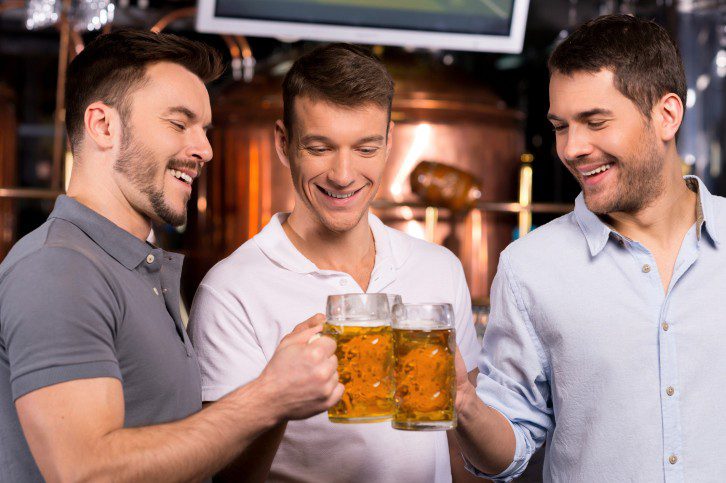 A beer after work and before your workout may not be so bad for you or your fitness, a recent pilot finds. Though, it also doesn’t seem to be beneficial.

In an odd experiment, published last month in the Journal of Cardiovascular Medicine, a group of researchers had 10 healthy, white males who were “non-habitual” drinkers (read: not alcoholics) run on treadmills until their heart rates maxed-out twice, once with three shots of whiskey in them and the other, a few days later, sobered up. The team measured heart rate and VO2 max, among other readings, and found few differences in the results of the tests. There was a small performance decrease in the group, but not enough to be considered significant.

The research was a pilot study, generally used to determine if a larger project is feasible, and only included 10 subjects, not nearly enough to hold much weight. It also didn’t look at any long-term effects of drinking on your running performance. So, although it may not be too extensive, the pilot study could grow into more research.

What it does do is lighten your excuse that an evening beer (or three shots of Jack Daniel’s) with a few friends takes a workout off the table. That might be great news, or it might not be.