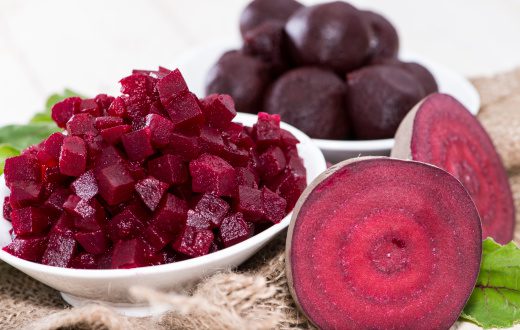 Though they keep well all year, beets are in the twilight of their season right now, so there’s no better time to take advantage of their incredible benefits for endurance athletes.

Most of the research done on the cardiovascular boost beets provide was done a few years ago. The nitrates in the beets are reduced to nitric oxide which dilates blood vessels and increases blood flow to skeletal muscles. One of the first studies done found endurance athletes could exercise as much as 16 per cent longer after a glass of beetroot juice.

More studies piled on, finding similar results on how the juice can be useful for endurance sports (though some found the benefits diminished the better trained an athlete was). Now, a new study published earlier this month found beets may be great for more than just endurance sports, but could also be useful in increasing blood flow to fast-twitch muscle fibres, helping you get faster. It could also be useful for heart failure patients.

“Remember, for every one football player in the United States, there are many thousands of heart failure patients that would benefit from this therapy,” said David Poole, who worked on the recent research, as well as other studies examining the benefits of the vegetable. “It’s a big deal because, even if you can only increase oxygen delivery by 10 per cent, that can be the difference between a patient being wheelchair-bound versus getting up and walking around and interacting with his or her family.”

Some of the research has actually been done on recreational runners and found slightly improved 5K time trials results and lower perceived efforts when runners drank beetroot juice before the runs.