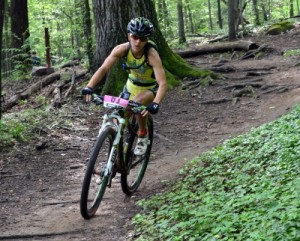 XTERRA England, the final stop on the 2015 XTERRA European Tour has been designated the one-day XTERRA European Championship race set for  August 30,  2014 at Vachery Estate in Cranleigh, Surrey.

This designation means more money is on the line for pros with a US$25,000 elite purse.  The Championship also means  age groupers will be racing  for 50 remaining qualifying spots into the 20th edition of the XTERRA World Championship in Maui, and for elites it’s the culminating event in the 12-stop European Tour that awards out an additional US$20,000 to the top performers in the series.

“We’re thrilled to be able to host a race of this magnitude on the storied grounds of Vachery Estate,” said XTERRA World Tour Managing Director Dave Nicholas. “Our experience last year was superb, from the course itself to the spectating. We felt like we established something special and are excited to share that with the worldwide endurance sports community.”

Athletes will have the chance to ‘swim, ride, run, race, eat, sleep, and dance in the serene and seductive ancient wooded countryside of Surrey.’ The venue is a private estate and due to the availability of camping and wide open fields, the race has earned the title, ‘Woodstock of XTERRA.’ Bands and other entertainment will help racers celebrate. The 2015 race weekend falls on England’s summer bank holiday (with the following Monday a day off).

“It’s awesome, I loved it,” exclaimed four-time XTERRA World Champion Conrad Stoltz after last year’s race. The championship distance features a 1.5 km swim in the spring fed Vachery Pond. The 30 km bike twists and turns though dense forests and the 11 km trail run is somewhat technical as it traverses the cool, dark forest and has runners crossing creeks. There is also a half-distance sprint race option and athletes can join together to tackle either triathlon as part of a relay team. New next year, XTERRA will also host 5 km and 15 km trail runs on Saturday and rumours abound about a bonfire and movie night.

Registration is open now with early bird and loyalty discounts in effect through December 31, 2014.