Don’t miss the fourth running of The Toronto Triathlon Festival on June 21st. The 2015 edition will also be the Age Group Provincial Triathlon Championships and an Age Group National Qualifying Event with three spots per age group in both the Sprint and Olympic races for world champs.

Triathlon Canada’s CEO Tim Wilson explains, “Hosting major events is critical to the growth and future success of our sport across the country…Building on the tremendous success of its first three years, the TTF presents a fabulous opportunity for us to showcase, and grow, our sport in Canada’s largest city.”

As part of a drive to promote the sport, the TTF is hosting a Triathlon 101 clinic for first-timers at Endurosport in Toronto. 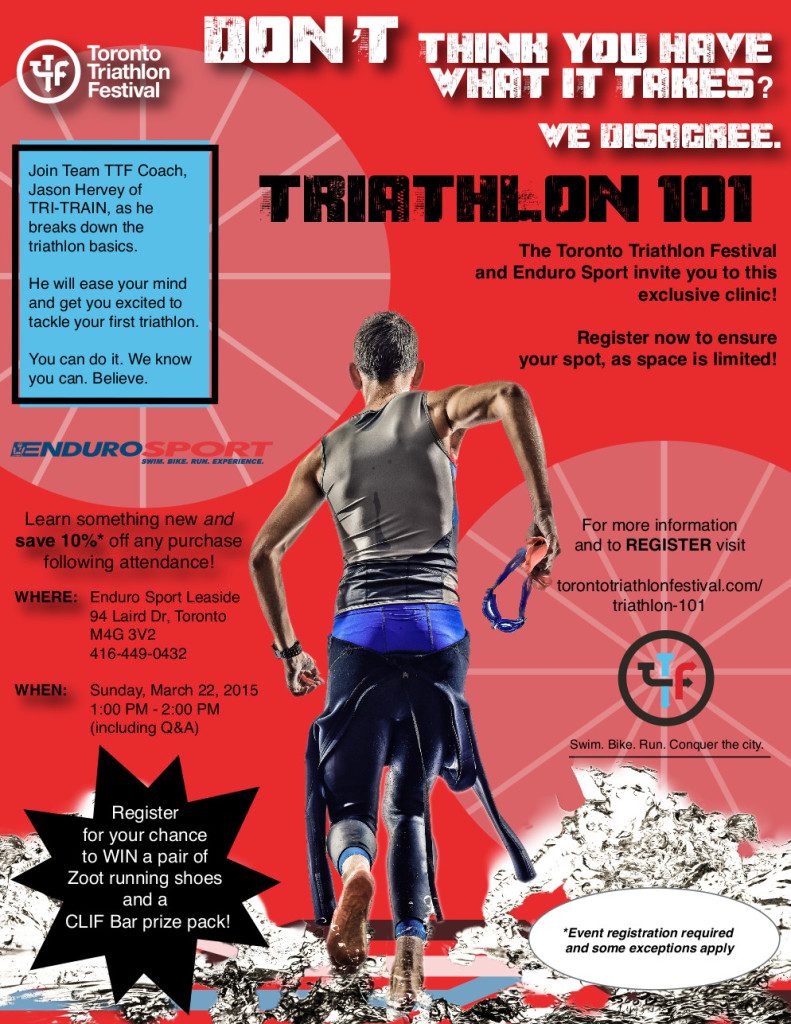