The Canadian Olympic Committee and Triathlon Canada have named a squad of three women and three men – combining a mixture of veterans loaded with Olympic and Commonwealth Games experience along with rookies – to Canada’s Pan American Games Team. Four of the six athletes have won medals in World Triathlon Series, World Cup, or at World Championship level races.

Olympian and five-time World Triathlon Series winner Paula Findlay,  (Edmonton, AB) will lead the new-look Canadian triathlon squad that includes  Ellen Pennock (Calgary, AB), and Joanna Brown (Carp, Ont.) in the women’s race. A World Cup silver medallist, Pennock represented Canada at the Commonwealth Games last year. Brown has won medals at both the Under-23 and Junior World Championships. Amelie Kretz (Blainville, Que.) was originally selected to the Pan American Games Team, thanks to a stellar start to the 2015 season, but will not be able to race due to injury. Kretz captured her second World Cup medal earlier this year in Australia, and finished a career-best ninth on the World Triathlon Series earlier this month. She is expected to be back on the start line before the end of the season.

Two hometown boys, Kyle Jones, (Oakville, Ont.) and Andrew Yorke, (Caledon East, Ont.) will lead the men’s team. A World Cup medallist, Jones has raced in all major international triathlon competitions, while Yorke placed fourth at the 2014 Commonwealth Games. A 20-year-old rising star and the top performer in the men’s program this year with a career-best 10th-place finish on the World Triathlon Series, Tyler Mislawchuk (Oak Bluff, MB) will round out the Canadian squad.

The Canadian Triathlon Team will stage their final training sessions at Kingbridge Conference Centre and Institute in King City, Ont, on July 5 before arriving in Toronto on July 8.  Triathlon is first out of the gate at Ontario Place West Channel with the women’s race set for July 11 followed by the men on July 12.

Canada will field the largest team in its Pan American Games history with over 700 athletes expected to be named to the Team at the Games in Toronto. With Toronto 2015 providing a “Home Games” experience, as well as a number of qualification opportunities for the Rio 2016 Olympic Games, these Games will offer a tremendous experience for Canada’s high performance athletes.

In their own words, the Pan Am Triathlon Team members responded to being named:

“It is an absolute honour to be named to this team. This is an opportunity that I am so grateful for and I can’t wait to represent my country on home soil. I am especially excited to share this experience with my friends and family and I’m sure the energy on race day will be electric. It will be both terrifying and thrilling to toe the line at the Games but its an opportunity that I could never pass up. I am looking forward to spending time with the Canadian team and gaining every bit of experience that I can from these Games.”

“I am incredibly honoured to compete at the 2015 Pan American Games, especially being a home Games. 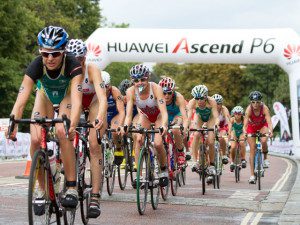 I began my Games journey at the 2006 Alberta Summer Games (Red Deer AB), then moved onto the 2009 Canada Summer Games (Summerside PEI) and I am thrilled the next stepping stone is in Canada, at the 2015 Pan American Games- en route to the 2016 Olympic Summer Games in Rio. I believe the Canadian Triathlon National Team will gain momentum from the excitement and support of a home Games and carry this energy into 2016 as we build for the Olympic Games.”

“I’m thrilled to be named to Canada’s PanAm Games team and I’m very excited to race on home soil. It’s an honour to be amongst the best athletes in Canada who have been chosen to compete across all different sports. Being a part of Team Canada at a major games brings a huge amount of pride. This will be one of my targeted races this season, along with our two Olympic qualifying events in Rio and Chicago. I’m looking forward to racing with  teammates Ellen and Joanna in front of a Canadian crowd!” 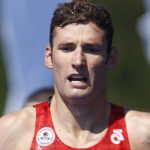 “Racing at Pan Ams is a dream come true after growing up in the GTA. Getting a chance to represent ontario at the highest level of sport is an incredible opportunity.  We have a great men’s and women’s team and I know we will all raise our level with it being a home games.” 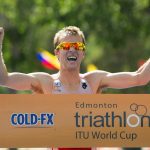 “It’s an honour to be selected to represent Canada at the Pan American Games in Toronto. I have competed at two Pan Am Games (2007 and 2011) and  finished fourth at both events. I’m excited to have another opportunity to step up onto the podium and claim a medal. To have this opportunity at a home Games makes it that much more special. Having family, friends and people that have supported me through my entire career on the sidelines watching will be a unique experience that I look forward to.”

“I’m honoured and excited to get the chance to represent Canada at the Pan AM Games.  Wearing the Maple Leaf is something I have always dreamed about and I couldn’t be happier.  It’s also a thrill to be joining a team of fellow Canadian triathletes that are good friends.  This will be another great opportunity to show all the hard work I have put in this season.”