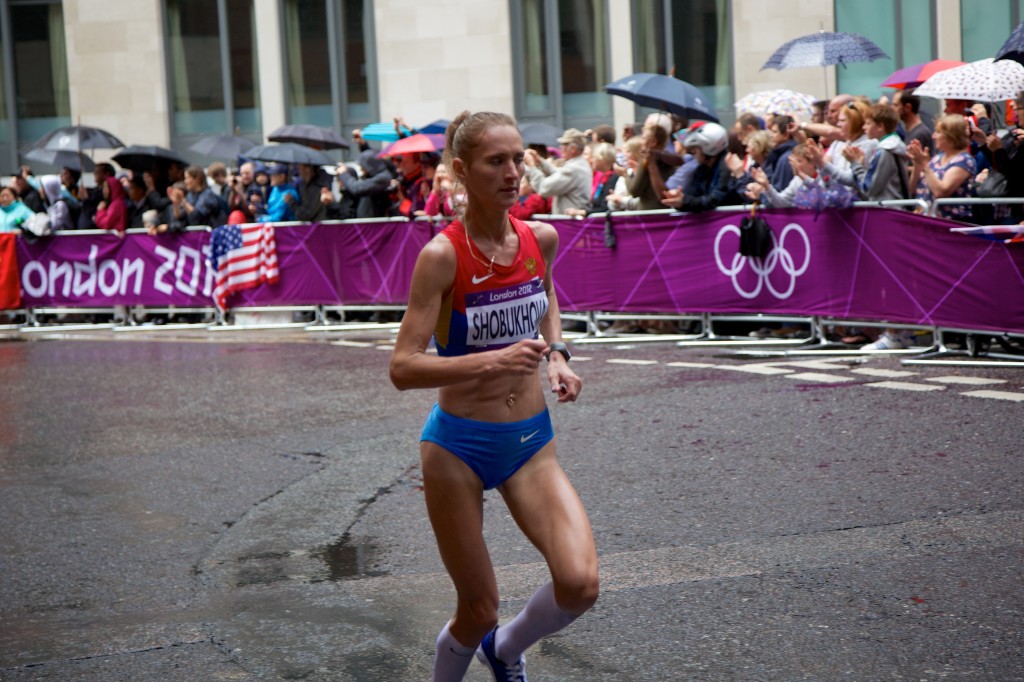 The Russian athletics federation is under heavy fire after claims on Wednesday they’ve been bribed to cover up major drug scandals and deeply entrenched, systematic doping in the country.

Russian marathon runner Liliya Shobukhova, who faces a two-year doping ban already for variations in her biological passport, is now alleged to have paid-off officials to clear herself of a failed test. According to the Associated Press, Shobukhova paid €450,000 (About $630,000CAD) to the Russian athletics federation after testing positive. Variations in a biological passport suggest an athlete has been blood doping.

The revelations come from a video obtained by a German television station, ARD, who aired a documentary about a corrupt and ongoing system of doping in Russia. The documentary also alleges that almost all Russian athletes, across a variety of sports, use performance enhancing drugs.

Shobukhova was the top marathon runner in the world during her prime, winning the Chicago marathon three times from 2009-2011 and winning the London Marathon in 2010. She also was the World Marathon Majors winner, bringing her total earning during the span from prize money alone to over $1.5 million. She is still credited with those wins.

The ARD documentary also has a video of Maria Savinova reportedly admitting to the use of oxandrolone, a banned substance similar to anabolic steroids. Savinova is the reigning Olympic 800m champion and 2011 world 800m champion.

The documentary claims there are Russian athletics officials who will help athletes dope in exchange for five per cent of their winnings.

The International Association of Athletics Federations, the sport’s global governing body, claims they are already conducting an investigation into allegations of doping in Russia.

The World Anti-Doping Agency has released a statement on the documentary.

“WADA has seen the German television documentary alleging systematic doping in Russia, and other breaches of the World Anti-Doping Code. WADA will ensure that all matters raised are fully investigated.

WADA has in fact already received some information and evidence of the type exposed in the documentary. All of that information has been passed to the appropriate independent body within the international federation, the IAAF. We will await the outcome of that independent body’s deliberations.

Insofar as the particular allegations against Russian authorities and others are concerned, these will all be carefully scrutinized and if action is warranted, WADA will take any necessary and appropriate steps under the Code.”

WADA recently banned the use of xenon and argon gases as performance enhancers after reports of widespread use of xenon by Russian athletes during the 2014 Winter Olympics in the country. At the time of the Olympics, the gas was a legal performance enhancer though it has since been banned as it acts as a precursor to the natural production of EPO, allowing the production of red blood cells which carry more oxygen to muscles.

The explosive allegations come on the heels of a positive test for another of the world’s top marathoners. This fall, Kenyan Rita Jeptoo failed a drug test. Jeptoo was another potential World Marathon Majors champion before her positive test after winning the 2013 and 2014 Boston and Chicago marathons. Many believe doping to be rampant in the East African country known for dominating distance running.

In 2015, the IAAF will see a new president. Sebastian Coe is a frontrunner in the selection and is also an outspoken advocate of keeping drugs out of sport. He made note that he was “uncomfortable” with American sprinter Justin Gatlin being a potential winner of the IAAF Athlete of the Year award. Gatlin served a four-year doping ban after testing positive for testosterone before returning to competition. He was undefeated during the 2014 season.