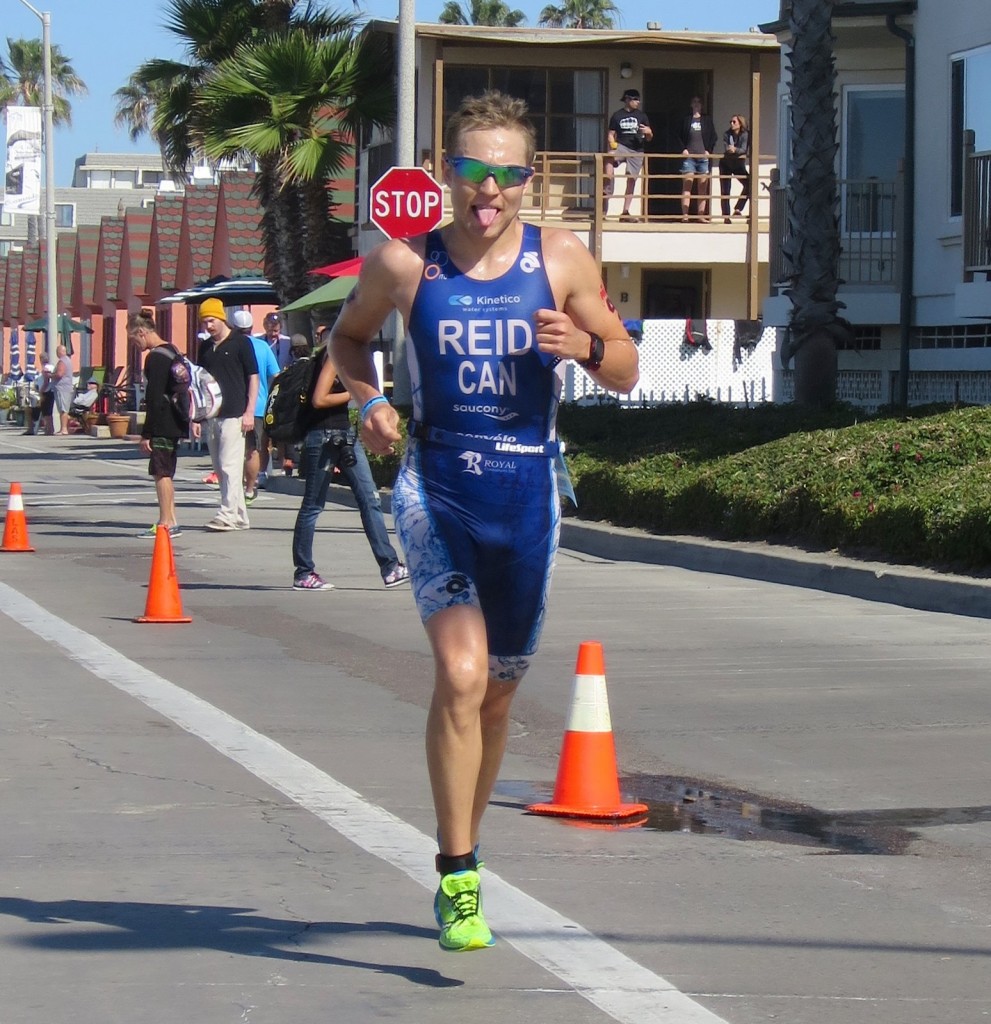 After some impressive results at the non-drafting format, Taylor Reid, a former ITU athlete, is making a name for himself on the long-course scene. Reid’s sixth place finish this past weekend in Oceanside got more than a few people curious about the 24-year-old who ran one of the fastest splits of the day. In 2014, Reid outran two incredible runners, Jeffrey Symonds and Brent McMahon to win the Saskatoon 5150 Chase. This year his focus is on the 70.3 distance and on finishing his degree at McMaster University in Hamilton, Ont. TMC chatted with Reid during his study breaks as he prepares for finals.

TMC: Congrats on a excellent result in Oceanside. How did the race feel?

Taylor Reid: Well, I was very nervous in the morning. Which was surprising because I am usually very relaxed the morning of a race. The race over all felt great. In the swim I had a good start but slowly died at the halfway point. It was tough to watch the lead group pull away. The bike portion was very controlled. I had the chance to talk to Trevor Wurtele before the race and he said that I would need to save some gas for the last 30km of the bike. But when Lionel Sanders (aka the Green Flash, or as I like to call him the Green monster) went past me it was very hard to not pick up the pace. The run was amazing I just started out relaxed and built into it. I new I was in tenth place and there were a few guys about 45 seconds up the road. At about the seventh kilometer of the run my foot went to sleep. I really thought I had injured myself but it did not get any worse so I just put it in the back of my mind and carried on. At the last turn around on the run I saw that Trevor Wurtele was dangerously close. I had to go to a very dark and painful place to make sure he did not catch me. But all in all I am so happy with this result. I cannot wait to get back to training.

TMC: You ran the fourth fastest time in Oceanside (1:14:01)–has that been a focus during the off-season?

TR: No, actually running has not been the main focus, if anything it has been the swim. I think that I was just able to run well at Oceanside. Running has always been my strength it has just taken a few tries to get it right in the 70.3 distance.

TMC: You’re just about to graduate from McMaster–how have you been able to train at such a high calibre while being in school full-time?

TR: It has not been easy. I have taken a reduced course load so that I can get all my training done. But on top of training and school I am also dyslexic. So I have to spend a lot of the time I should be recovering doing schoolwork. I really just cannot procrastinate, when a professor gives me an assignment I start it right away and just work at it every day until it is done. Then I am on to the next one.

TMC: How have you found the adjustment moving up in distance from ITU to the half distance?

TR: I feel that I was ready for the switch. I had some very good results in ITU, in 2013 I was the Canadian U23 national champion and second in the Canadian elite national championships. But I had always known that my strength was in the longer races. I did two 70.3 races last year and they were not pretty. I really messed up my food on the first one. The second was much better, but I just couldn’t run well off the bike. But third is the charm and I am here to stay.

TMC: What’s up next (post-exams and final papers)? What are the main goals this year?

TR: The next race after exams will be Ironman 70.3 St. George (May 2). The main goal for this year is to make enough money to live. But really my goals are to win a Challenge half race and an Ironman 70.3 this year. I have not targeted a particular race because I plan to go into every race at 100 per cent and see what I can do against the rest of the field. 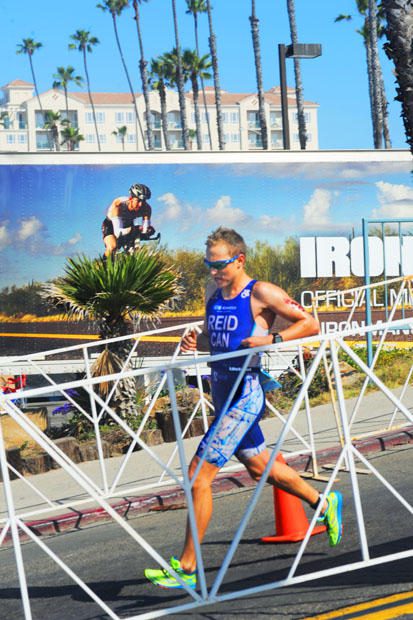