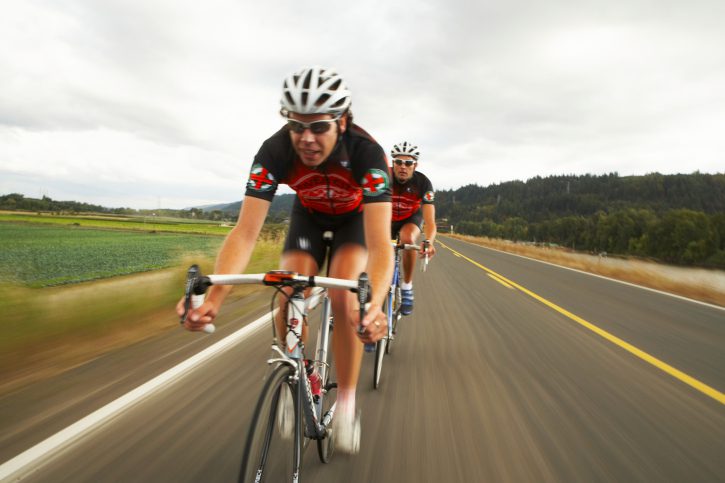 A new extensive review of activity levels in the U.S. and Europe suggest about an hour each day is the point at which you see the greatest health benefits, though more won’t hurt. Some recent studies have suggested large amounts of vigorous exercise can be detrimental to your health, but the newest review, based on over 661,000 self-reported surveys of adults, refutes this.

The recommended amount of daily activity used in the preview, published the first week of April in JAMA Internal Medicine, was 150 minutes per week, or a bit more than 20 minutes each day.

What the researchers found was that those who had the least risk of death were those who reported getting three to five times the recommended dose.

Three times the recommended dose of exercise is 450 minutes per week, or slightly over one hour each day. This can include a mixture of things, from your run each day to walking, riding a bicycle or physical activity that gets your heart rate up.

Beyond that, the results didn’t show any difference. Right up to 20 hours of exercise per week, respondents didn’t get any added benefits, but it also didn’t seem to show any negative impact.

Though a large review, the numbers were self-reported and the study wasn’t randomized, so the results need to be taken with that knowledge. Still, the correlations were pretty strong and suggest that more exercise isn’t bad for you but the benefits do lessen as you pile on the workouts.