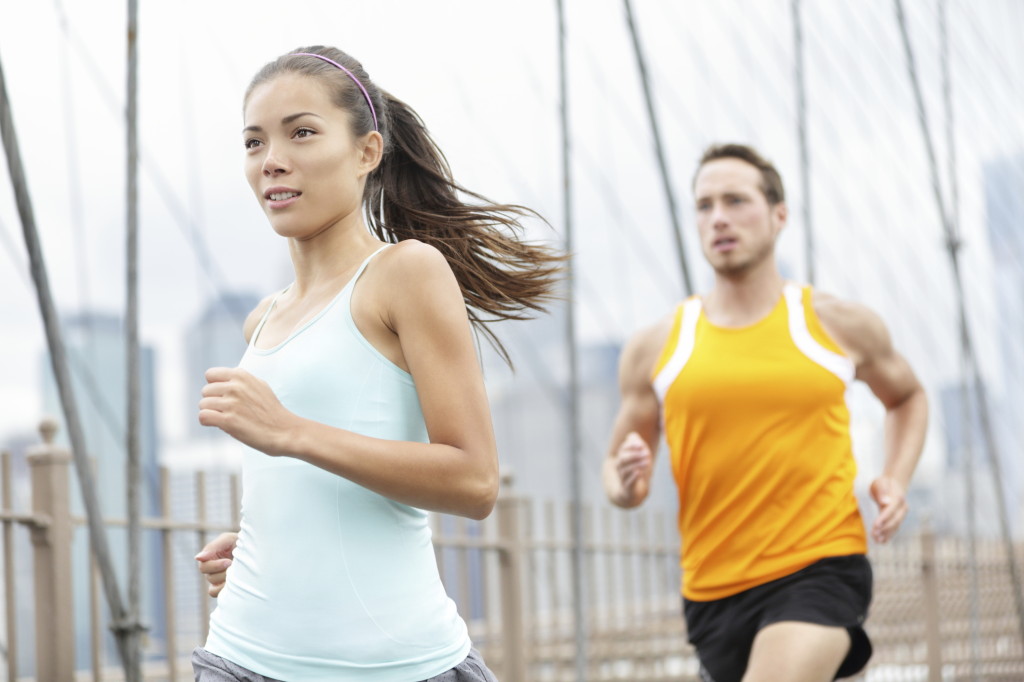 While our southern neighbours were celebrating national running day on Wednesday, Brooks quietly released their annual Run Happy nation report on the habits of runners.

In April, the shoe company conducted the survey online of 1,000 U.S. residents who run at least once per week and found that 76 per cent of runners think other people look sexy while runner, and the number jumps for men, who responded they find others running sexy at a rate of 84 per cent (but remember, guys, that means the rate for women is lower). Three-quarters of respondents noted they would find someone more attractive if they found out the other is a runner.

And all the mileage seems to help, as 75 per cent of men and 68 per cent of women said running together helps their sex lives. This all comes not long after a Match.com survey found runners to be more forwards and flirtatious than the general population.

Stepping away from sexy, the number of runners who think tech is a necessity in their training is on the rise, with 78 per cent of respondents saying the believed so (although this includes sports watches). Among the 18-24 demographic this number jumped to 92 per cent. Forty-one per cent of runners noted their smartphones as a must-have piece of equipment, compared to only 19 per cent who said the same of sport watches.

Most people like to get their exercise behind them before they start the day, with 42 per cent running in the morning. Sixteen per cent followed the Canadian Running lunch run lead and 12 per cent say they run at night.

Nearly three-fifths of those surveyed said having a running buddy made their sport easier.