Ironman 70.3 Texas will take over Galveston Island this weekend. This early season race is typically hot and windy and stacked with talent. The 2015 running is no exception featuring Canadian pros Angela Naeth and Sara Gross on the women’s side and Lionel Sanders, Cody Beals (who was fifth last year in his pro debut) and Dylan Gleeson on the men’s side. The Canadian men will be putting the pressure on Andy Potts, Greg Bennett and defending champ Richie Cunningham.

The single loop 2km swim will take place in Offats Bayou at the edge of the Gulf of Mexico. Athletes will then ride a 90 km loop along the windy Gulf Coast and run 21.1 km on the fast, flat three-loop course. The race is known as an ideal prep for Ironman Texas. It is also a Regional Ironman TriClub Championship race. There are 30 age group spots up for grabs for the 2015 Ironman 70.3 World Championship.

The women’s race is certain to see a mix up at the front with Naeth, Gross and American Kelly Williamson, Denmark’s Helle Frederiksen, Australia’s Rebecca Keat and British athlete Emma Kate Lidbury who was second last year and won in 2013. We checked in with Gross as she was en route to Texas: 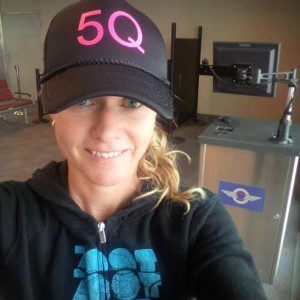 “Early-season 70.3 races have become increasingly competitive in recent years, especially the women’s race. Deep professional fields are a sign of good health for the sport, but as an Ironman-specialist it leaves me scratching my head as I try to figure out how to increase my speed in my late-30s! I’ve worked hard on my strength and speed over the winter and have seen a true improvement in my top-end in swimming and biking. I am hoping that this translates into faster 70.3 racing in 2015. In Monterrey last month, I finished 7th in a similarly deep field and even managed to grab some prize money! I am hoping that the fitness gained from that race plus my recent training block will lead to another solid race.” 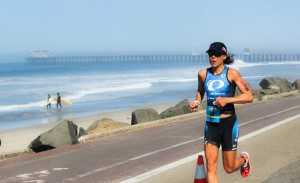 70.3 specialist Naeth is also ready to roll this weekend. She told TMC,
“I’m excited to be heading to 70.3 Galveston for my lead up into Ironman Texas. Galveston’s one of my favorites with a solid out and back on the bike with strong winds and top-notch power in the pedals required. It should be a hot, humid race. Just the way I love it!”