Three-time Ironman world champion Jan Frodeno is supposed to be one of the favourites for Challenge Miami next Friday night, but now his appearance at the event at the Homestead-Miami speedway is up in the air.

Presidential proclamations have suspended or limited entry to the United States for travellers coming from China, Iran, the European Schengen area, the United Kingdom, Republic of Ireland, Brazil and South Africa. (While the latest from President Biden came on January 26, a similar rule was in effect for athletes coming to Challenge Daytona last December.) That means that the race organizers have to get travel exemptions from the department of Homeland Security for the competitors before they’re able to travel to the event. Once the athletes arrive, they are following the Centre for Disease Control (CDC) guidelines – getting tested on arrival and going into quarantine for seven days.

An issue with Frodeno’s paperwork meant he got to the airport and was told he couldn’t board his flight because he didn’t have a travel exemption. He posted a note on his Instagram page with a picture of his luggage. 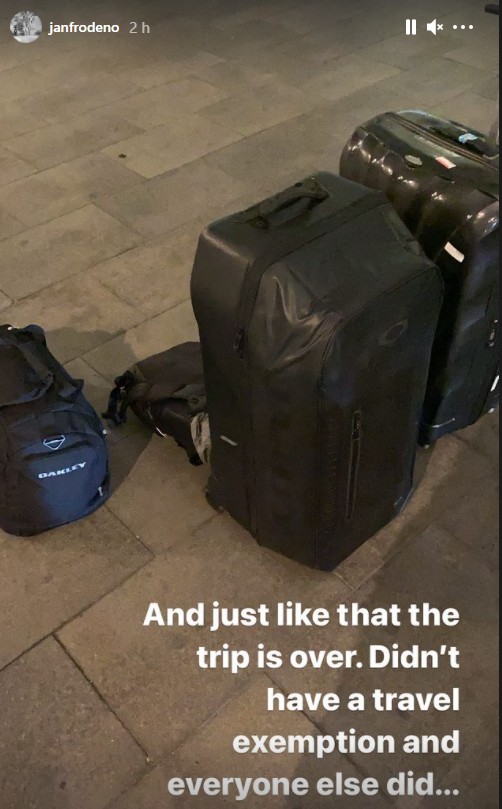 Later Frodeno posted that he was heading home to get some rest and to try and figure out other options.

Related: How to watch Challenge Miami

Challenge Miami is supposed to be Frodeno’s first race since his record-setting day in Kona in Oct., 2019, and will also feature a much-anticipated showdown with Canada’s Lionel Sanders.