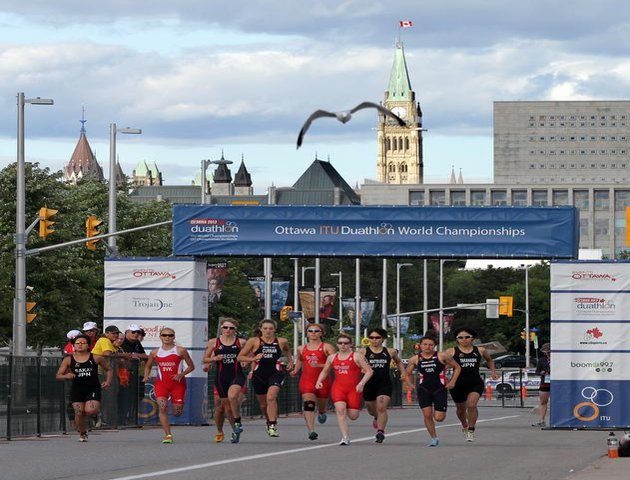 The Ottawa International Triathlon, which serves as the national championship again this year, will host the first National Club Championships this summer. Athletes only need to add their provincially sanctioned club name during registration – performances from every athlete on a team will count towards the championship in both the Standard and Sprint distances. There will also be a University championship, too.

Ottawa hosted the national championships last year along with the CAMTri Sprint Premium American Cup, which returns again this year in a new format that includes a qualifying race on Saturday, June 17 followed by the final sprint race on Sunday, June 18. The age group sprint race was the first draft-legal national championship for age group racers – this year’s race continues that new format.

The top 10 athletes in each age category in the Standard and Sprint distance events will be offered spots on the Canadian national team which will compete at the 2018 Triathlon World Championships in Australia. Athletes are not allowed to compete in one of the two events as the ITU Competition Rules stipulate that athletes “are only allowed to compete in one event in a 36 hour period (if one of those events is of Standard Distance or greater).”