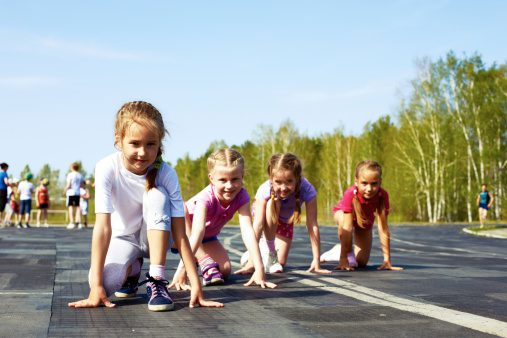 Recent research into adolescent health in England has shown how obesity is far from the only measurement of the health of school children, with both fitness and obesity rates falling over the past six years in the country.

The University of Essex repeated a test they use to measure the fitness of school children. More than 300 10- and 11-year-olds were tested and found to have lower BMIs than in 2008, showing that obesity in the country’s children seems to be declining, but alongside the finding was that the fitness of the children was also falling; they were losing weight but were not getting any more fit. In fact, children are much less fit than was measured 17 years ago in 1998. The researchers found that the least fit student from a 1998 classroom would be among the most fit in a classroom today.

“Simply put, if you weigh less it is easier to run and turn so you should do better on our test,” said lead researcher Gavin Sandercock. “But despite finding a lower average BMI in the children measured in 2014 than in 2008 we found the children still couldn’t run as fast, showing they had even lower cardiorespiratory fitness.”

Though the study was done in England and trends may not be identical in Canada, the results should be considered: recently Canada’s youth were handed “D-” on the The Participaction Report Card on Physical Activity for Children and Youth, meaning the kids could stand to get more active.