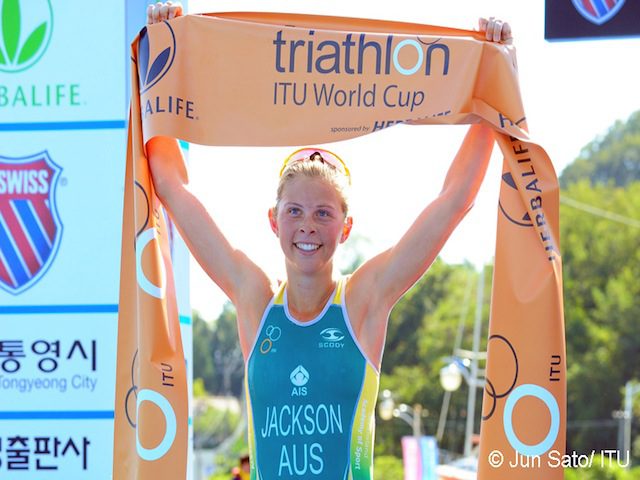 Australia’s Emma Jackson ran the final 10 km 47 seconds faster than anyone else and that allowed her to easily claim the ITU World Cup win at Tongyeong, South Korea.

In his farewell ITU race, France’s Tony Moulai pulled off his first career World Cup title. Moulai made up a 45 second gap from T2, and flew to the front. Despite a strong chase from behind, Moulai held of Russia’s Igor Polyanskiy by eight seconds to win in 1:51:23.