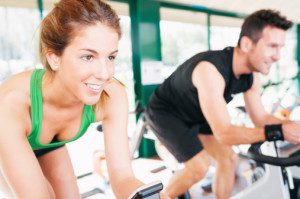 On Monday, Life Time Fitness, “The Healthy Way of Life Company,” announced its $4 billion USD sale to the private equity firm Leonard Green & Partners and TPG. They have entered into a definitive merger agreement.

Earlier this month, the Life Time Tri series announced that they are cancelling their pro prize purse which was among the most lucrative opportunities for non-draft legal pros. This was a significant blow to many pros who have structured their seasons around the series. According to Life Time, the cut will allow a shift in focus to promote a beginner-friendly series.

Last year the pro series consisted of Life Time Tri South Beach, Life Time Tri Cap Tex, Life Time Minneapolis Triathlon, the New York City Triathlon, the Chicago Triathlon and the championship race in Oceanside. where they awarded a $200,000 prize purse for the individual race, $200,000 for the overall series and $50,000 as part of its Toyota Triple Crown Series. Canadian-born Alicia Kaye, is a two-time series champion and made a large part of her living on the series. She thanked the series for its support and expressed sadness at its announcement on Twitter:

@AliciaKayeTri: “Stunned that @LTFTriSeries is cancelled. Grateful & thankful to be a part of it for 4 years, but saddened to see iconic US races w/ no pros.”

Life Time Chairman, President and Chief Executive Officer, Bahram Akradi, will stay in his role in the exchange. He is one of the key investors. He has reportedly committed to make a rollover investment of $125 million USD in Life Time common stock. The merger must still be approved by Life Time’s shareholders but is expected to close in the third quarter of 2015.