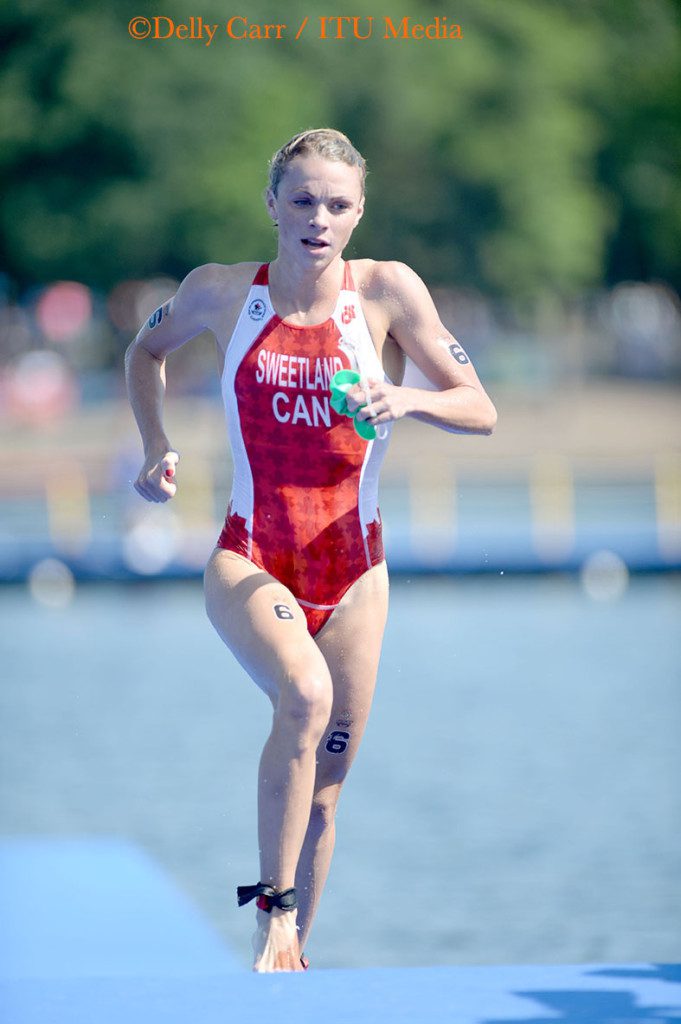 Kirsten Sweetland was the first Canadian woman to cross the finish line in Hamburg, Germany at the World Triathlon Series on Saturday, July 18th. In a time of 59:25, she placed 34th overall which was bittersweet for her since this was the same race at which she earned bronze just a year earlier. Sweetland has come off a year of health issues making this race her first of the season. The 750 metre swim, 20 km bike, and 5 km run were mostly smooth for Sweetland, who says she suffered during the swim but felt good on the other two legs. The unstoppable Gwen Jorgensen (USA) took the win in a remarkable time of 57:08, earning her an 11th consecutive victory so far this year. Sarah-Anne Brault and Ellen Pennock were the two other Canadian women to compete in Hamburg on Saturday, finishing 41st and 57th, respectively. Pennock recently competed at the Pan Am Games and hadn’t quite recovered for the tough Hamburg course.

Sweetland tweeted: “Really rough swim and T1 but overall pleased with ride and run! So much better than racing ill!! The Hamburg fans were amazing as always! Looking forward to getting back into the swing of World Series racing!! Nothing like it! #sofast” – @k3Sport

Two Canadian men also raced on the weekend. Quebec’s Alexis LePage placed 43rd in a time of 54:29 while Tyler Mislawchuk, who also competed at the Pan Am Games the weekend prior, did not finish.