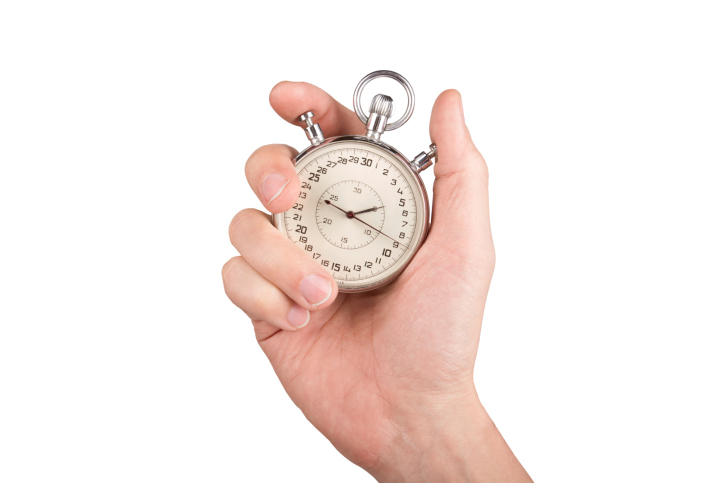 A recent New York Times article by wellness writer Gretchen Reynolds is suggesting that just ONE MINUTE of high-intensity exercise a day, done three times per week for a grand total of 30 minutes of exercise may significantly improve health and fitness.

Sounds too good to be true, doesn’t it? That’s because it probably is.

Let me begin with a (mostly neutral) summary of the research.

Martin Gibala and his colleagues at McMaster University in Hamilton, Ont. have yet again shown the efficacy of short bouts of high-intensity interval training (HIIT) for improving fitness.

This time they took 14 sedentary and overweight, but “otherwise healthy,” volunteers and had them visit their lab for pre-experiment muscle samples, an endurance test, blood pressure and blood sugar levels.

The researchers then had the volunteers perform an extremely efficient high-intensity interval workout on a stationary bike: a two minute warm-up followed by three 20-second all-out efforts with two minutes rest in between and, finally, a two minute cool-down.

This was done three times a week for 30 minutes of exercise and just three minutes of hard, high-intensity exercise. The study continued for a total of six weeks.

When volunteers went in for the post-experiment tests, they had improved their endurance capacity by 12 per cent, had better blood pressure readings and also saw increased numbers and activity of mitochondria, the “powerhouses” of the cells. Men, but not women, also saw improved blood sugar levels.

In summary, six weeks of an exercise intervention that included just three minutes of high-intensity exercise and 30 minutes total per week seems to be enough to produce health and fitness benefits.

OK, now let’s get to the fun bit where I share my own opinion on why I think this study and it’s apparent implications are dubious and flawed. 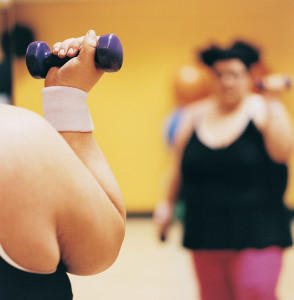 First of all, are we as a society really so lazy and hard pressed for time that 25 minutes of exercise per day (done only three times a week) is now considered “unsustainable”? Dare I inquire as to how much time the average person spends surfing the web or watching television?

It’s also sad that sedentary and overweight volunteers have become the standard representatives of our society and that they can be deemed “otherwise healthy” simply because they aren’t currently afflicted with some significant and life-altering ailment. It’s important to note that their baseline health and fitness is likely so low that any type of exercise intervention, be it one minute, ten or two-hundred a week is definitely going to improve health and fitness measures. So, of course the exercise is effective.

The fact that we’re also trying to package exercise, fitness and health into short, simple and easily-digested workouts is also problematic. If someone can’t find the time to improve their own health and well-being with regular exercise and physical activity, then how likely are they going to be able to maintain a thrice weekly workout, no matter how short? If it’s not a priority now, when will it ever be? And what exactly is the desired outcome for an exercise intervention in the first place? Longevity? We’ve got a health care system that does this already. Fitness? For what purpose. Weight-loss? If that’s the case, 30 minutes of activity per week is definitely not going to work.

Speaking of HIIT, in order for the workout to be useful, it requires 100 per cent, all-out, high-intensity bouts. These are actually extremely unpleasant to perform and perhaps even dangerous for those who lack the proper equipment, coordination or technique. Few people are able to truly push their bodies that far, even for such a short period of time. 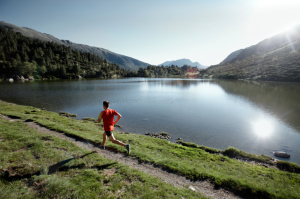 Finally, and perhaps most importantly, exercise, fitness and health is not supposed to be something we force ourselves to do or do simply because we are told we must. It needs to be something we actually enjoy and want to spend time doing. Exercise (running, specifically) to me is about so much more than lower blood pressure, more mitochondria or increased endurance capacity. It’s a lifestyle and something I love for the camaraderie, the community and a continued sense of achievement and self-improvement.

We triathletes know that a 60-minute run with friends or solitary swim is about so much more than health and fitness. Running, swimming and cycling have inherent and intrinsic values that cannot be measured, quantified or analyzed. Less is not always more.