If you have raced a triathlon before then you know it’s isn’t all sunshine and rainbows. You’re going to go through dark patches of fears doubt and negativity, which can drain your energy and ruin your day. The best way to get out of these bad patches and back to kicking butt is a little something I like to call “Rocket Fuel.”

What is Rocket Fuel you ask? Rocket Fuel is a special concoction that Canadian pro Sean Bechtel (@seanbechtel) put in his special needs bag at Challenge Penticton last year. After the race, Sean claimed that the Rocket Fuel was the key to his race day success. He was struggling on the first half of the marathon but once he drank the rocket fuel, he was back into it and started moving through the field. Literally, Rocket fuel is a small amount of sports drink, mixed with a whole lot of Red Bull. Metaphorically, it is a whole lot more.

I believe that it was not the caffeine, taurine, and B vitamins from the Rocket Fuel, but rather the spark of positive energy that it provided. By drinking the rocket fuel, Sean got a boost of positive mental energy and confidence that got him out of a rough patch.

For those of you Space Jam fans out there, it was exactly the same as the scene where Bugs Bunny labels a bottle of water “Michael’s Secret Stuff” in order to boost his teammates confidence and attitude during half time.

The thought of drinking energy drink mixed with Red Bull at the turn around of the run churns my stomach so I am definitely not encouraging anyone else to try that. But I have started to plan different types of “Rocket Fuel” to use in my races. I’ve found a variety of small ways that I can kick start my positive energy if I am going through a bad patch.

Some of my favourites include:

Pouring water over my head at aid stations.

Yelling “Yeah!” when I see someone I know cheering.

Drinking Coke at an aid station instead of my usual Powergels and water.

Having my cheer team yell something specific to me, most often “Get Ugly!”

Singing a song in my head. (Kayne West’s “Power” is a personal favourite).

Find your Rocket Fuel and practice it in training so that come race day, you will be able to explode past your competition! 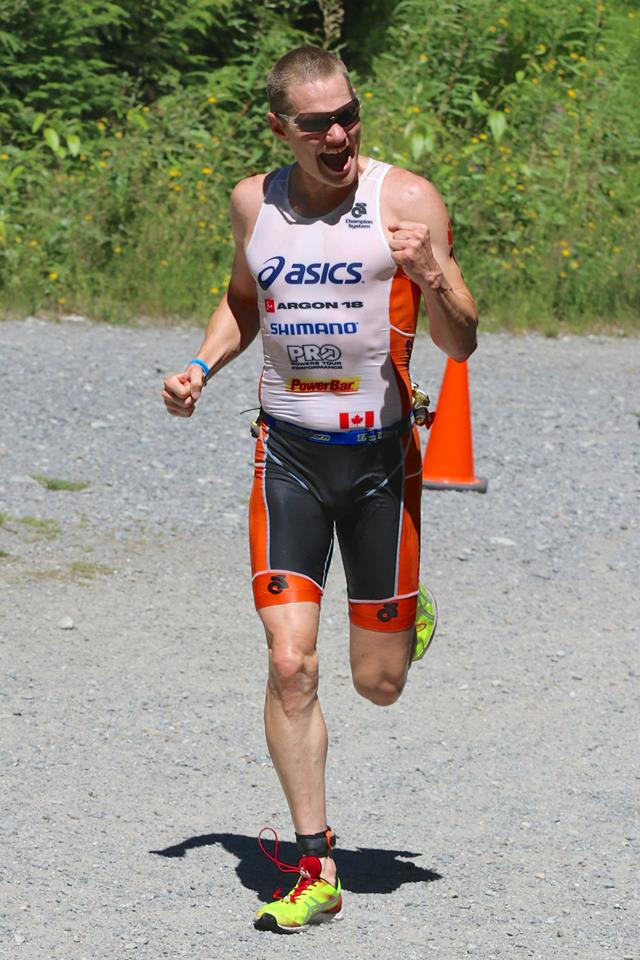