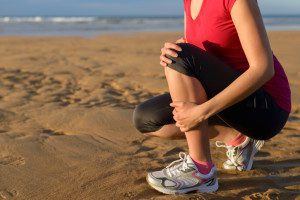 Exercise-associated amenorrhea is most commonly associated with sports that require low body weight for high performance, such as distance running. The logic behind the loss of menstruation is relatively simple; when the body feels that it is entering a state in which starvation is a threat, it begins to shut down all systems not deemed essential to life, the reproductive system being on of them. It is a women’s body’s way of signalling that it is not capable of carrying a child.

Amenorrhea is also the most easily recognizable symptom of a condition that is now commonly known as the Female Athlete Triad. This condition occurs when a female athlete shows signs of disordered eating, osteoporosis and amenorrhea and is considered a serious health risk to athletes. The American Academy of Sports Medicine recommends to coaches that any athletes that have secondary amenorrhea undergo screening for disordered eating and osteoporosis.

How does it happen?

The general rule of thumb is that females must carry approximately 16 per cent or higher in order to maintain the menstrual cycle, a percentage that many elite female or collegiate runners would fall far below of, due to the sheer nature of the sport. 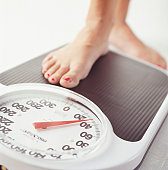 Though most commonly associated with underweight athletes, amenorrhea can also occur in female athletes that train hard and eat lots. This is because the body’s response to exercise is the release of stress hormones. These stress hormones are a normal part of the body’s ‘fight or flight’ response system that often kicks in during hard exercise. Hormonal responses are also responsible for the contented post-workout sensation, often known as the ‘runner’s high.’ However, these stress hormones can also interfere with the body’s production of reproductive hormones.

What are the effects?

At first thought, no more periods may seem like a great consequence of training hard, as menstruation is often uncomfortable and can interfere with workouts. There are long term effects to prolonged amenorrhea caused by estrogen-deficiency, the most worrisome of these including the risk for osteoporosis and infertility. Runners that no longer get their periods are at an increased risk for stress fractures, as their bones are deprived of essential nutrients. Studies have also demonstrated that prolonged exercise-induced amenorrhea may leave females at a greater risk of heart attack later in life.

How is it treated?

The most obvious way to combat exercise-induced amenorrhea is to increase caloric intake and decrease training volume so that the body pulls itself out of a starvation state. However, many high level athletes are unwilling to gain weight that may come along with increased calorie consumption. Oftentimes, in order to protect bone density, runners will intake estrogen in the form of a birth control pill. While such a course of action may protect bones, it does not necessarily mitigate the risk of infertility.

Oftentimes, athletes, especially at a young age, may associate the loss of menstruation as a simple byproduct of hard training and sometimes, even a bit of a badge of honour. Coaches and trainers, particularly at the high school and collegiate level, would be wise to explain the risks associated with amenorrhea. Girls are often embarrassed to discuss their periods with coaches, particularly if they are male, but society’s irrational fear of the female body’s natural processes should not mean that female athletes are left at risk.