The WTC is making a big push to promote next year’s early-season Memorial Hermann Ironman Texas, presented by Waste Management. The WTC announced major changes this past August including a revised prize purse and new regional championships. Ironman Texas was confirmed as the new home of the Ironman North American Championship for 2015.

The race site is The Woodlands, a master-planned community just 27 miles north of Houston. The Woodlands is close to two major airports, numerous parks, a bustling downtown and a luxurious resort for athletes and their families to enjoy. 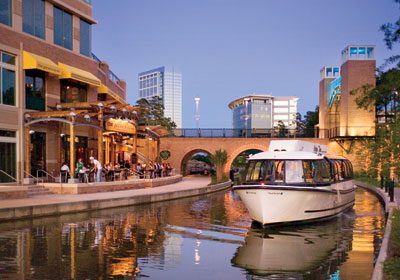 With plenty of amenities within walking distance, this pedestrian-friendly community makes it easy for visitors to find their way around town during race week.

Athletes begin with a 2.4-mile swim in calm Lake Woodlands. The 112-mile, unique one-loop bike course takes participants through the scenic, rolling farmland of east Texas. The day ends with a 26.2-mile run taking place entirely within The Woodlands and concluding with a spectacular finish on Waterway Ave.