A smart trainer, a climbing simulator and a smart fan – these items make for a deluxe pain-cave setup. The trainer itself is Wahoo’s direct-drive Kickr, which was updated this year. It broadcasts data via Bluetooth and ANT+ and comes with an 11-speed cassette. Its maximum resistance is 2,200 watts. The unit’s flywheel is 16 lb., which contributes to the machine’s excellent road feel. The whole trainer weighs a hefty 47 lb. On the Kickr, you can put a mountain bike that runs 24″ wheels as well as a 29er. It also comes ready for quick-release, 12 x 142 and 12 x 148 axles. The trainer can simulate grades as steep as 20 per cent, which is a handy number, especially when you have a Kickr Climb. 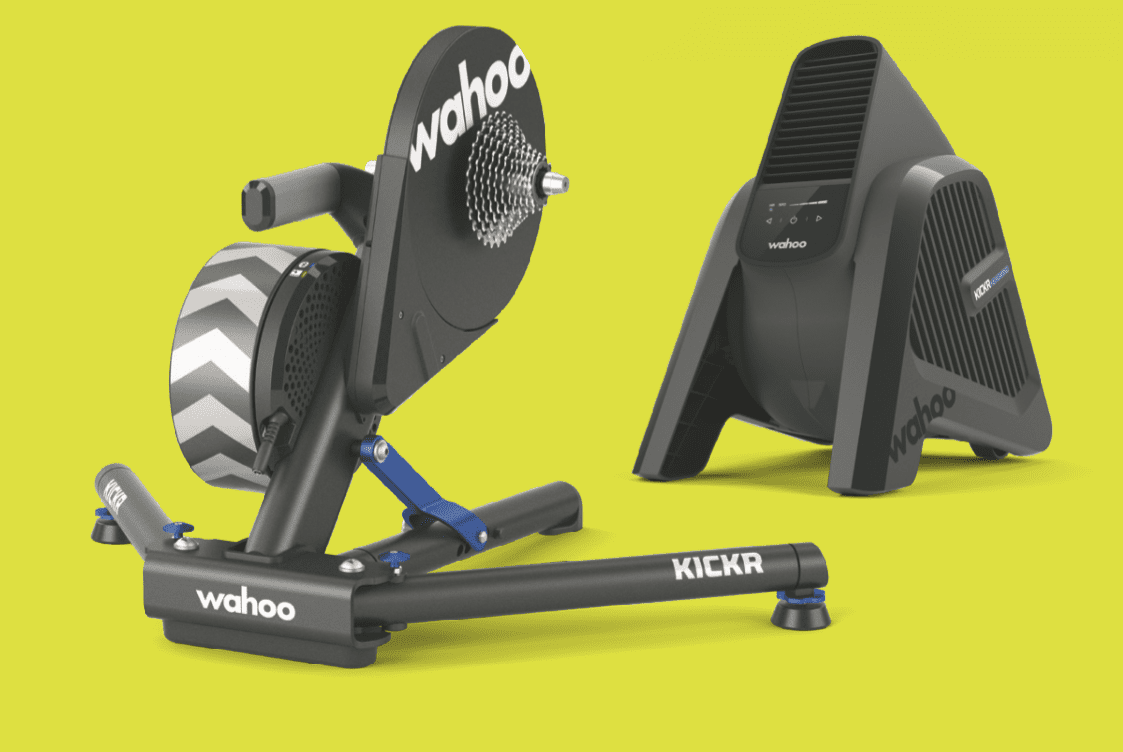 To attach your bike to the Climb, you remove your front wheel and slip in the appropriate axle supplied with the unit. You then pair the Climb with the Kickr trainer. After you patch everything into Zwift, the front end raises up to grades as high as 20 per cent and descents as steep as -10 per cent. On relatively flat courses on which the grades only go up to four per cent, you can still feel the front of the bike going up and down. Does it feel just like climbing? Well, no. But chasing pixels on a screen doesn’t much feel like riding outside either. The Climb, which only works with newer versions of the Kickr, Wahoo Snap and Kickr Core, does add a nice bit of variation to an indoor ride. If you are training for a big climb, then having the bike tilt into the proper position will help you work on the right muscles. It’s also much more stable than stacking a ton of books under the front tire.

The Kickr Headwind rounds out this setup. You can pair it with your heart-rate monitor so the harder you work, the harder it works. You could also pair it with a speed sensor so the breeze matches your virtual velocity.

You’re going to need a bit of space for all this furniture, but if you already have a permanent space for your workouts, these three items will likely fit fine. You also need to make sure you have enough electrical outlets. Even though there are a lot of parts, they are all quite easy to set up and configure using Wahoo’s apps. I had everything up and running (up and Zwifting?) in about 30 minutes. 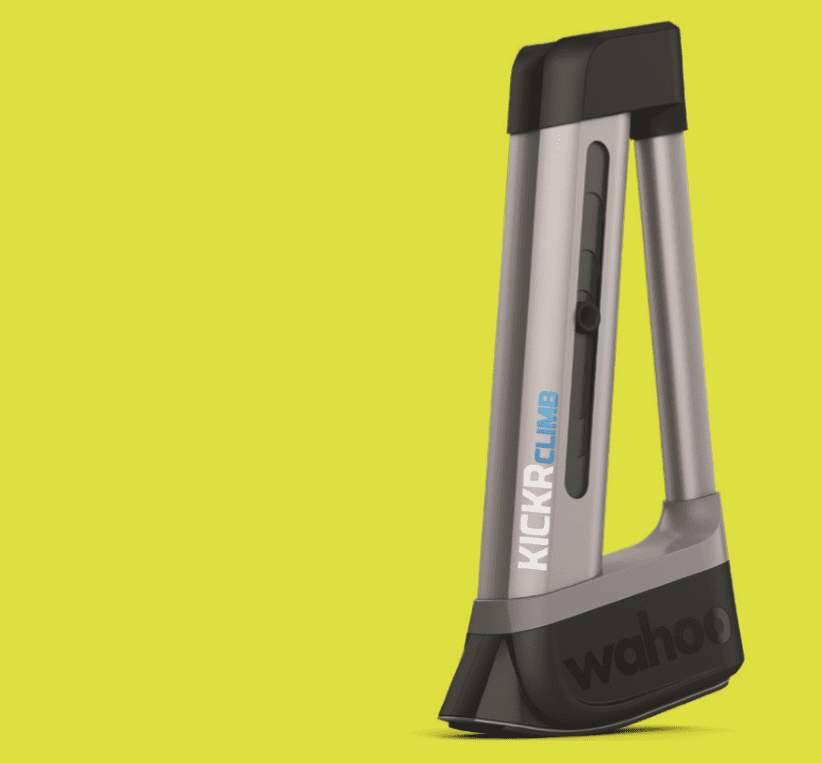