Only the second woman to win the Ironman World Championship after becoming a mother (the other being Natascha Badmann), Chelsea Sodaro stunned the world with her dramatic win at last week’s Ironman World Championship. The win should hardly have come as a surprise – earlier this summer she posted the second-fastest debut full-distance race by a woman with her 8:36:41 at Ironman Hamburg. The only woman to have gone faster in their first full-distance race? The winner of the race in Hamburg that day, Laura Philipp, who went 8:34:57 at her first Ironman in Barcelona and won Ironman Hamburg in 8:18:20, just seven seconds off Chrissie Wellington’s world best time.

We’ll have lots more to say about the women’s Kona champ in our next edition of Triathlon Magazine Canada (our Kona Special) – she is a living embodiment of the success of the Professional Triathletes Organisation’s maternity leave program and, as she said in her spectacular speech at the awards, has become a vocal “advocate for woman athletes and the need to support all parts of our careers.”

Today, though, we’ll stay focussed on the gear Sodaro used to achieve her impressive win on the Big Island. A big thanks to Bob De Wolf, the general manager of the BMC Pro Triathlon Team powered by 2XU, for the detailed list of Sodaro’s gear. (The BMC athletes do their own deals for running shoes, so De Wolf couldn’t comment on that aspect of Sodaro’s gear. While she had a Hoka logo on her uniform, she’s been running in Asics shoes throughout the summer and wore the Asics Metaspeed Sky for the marathon.) 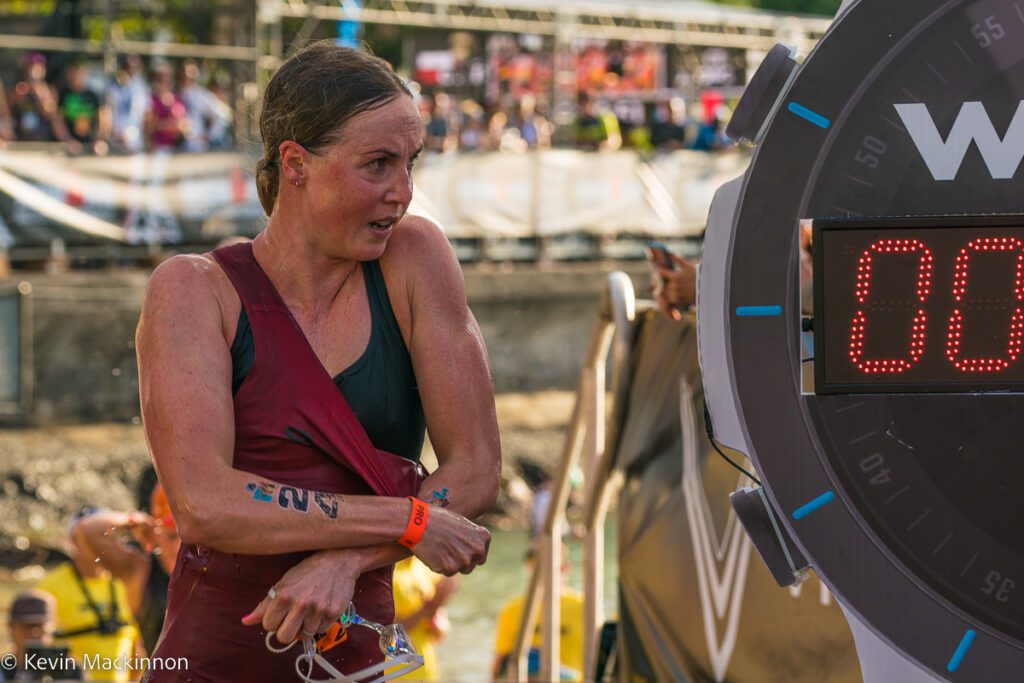 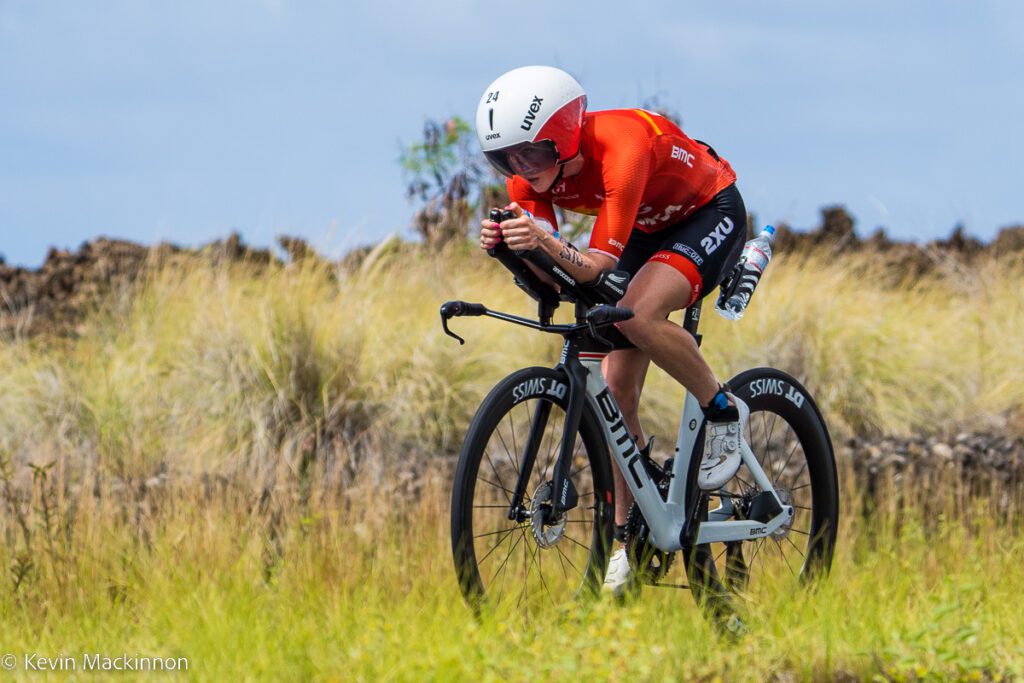 Eyewear run: Uvex sportstyle 228. The fully-mirrored, oversized shield in an XXL format doesn’t only give you a huge field of vision – it’s also completely fog-free.

Sportsnutrition: 6D Sports Nutrition energy gels and bars on the bike and 6D Isogel during the marathon

Bike computer and run watch: Wahoo Elemnt Bolt V2 on the bike a Elemnt Rival on the run.