In different times we’d no doubt be seeing the Scott Plasma 6 launched during Kona race week, with athletes like Sebastian Kienle chomping at the bit to go after another Kona title on the latest technology. While we haven’t seen the bike in real life, from what we can see this is likely to be a rocket.

Kienle is very excited about the new bike – in a video posted yesterday he says the bike is perfect for a race like the Ironman World Championship.

Please give me a race!!! The #Plasma6 does not want to be ridden inside 😉 Check out the @bikeonscott page for links and details. Or go to the link in my bio to see what I think about the bike. #rideonscott #noshortcuts #cycling #triathlon

After his first ride on the bike Kienle said he was very impressed with the front-end stiffness, and how integration has been “pushed to a new level.” You can hear what Kienle likes about the new Plasma 6 in the video below.

“I was lucky enough to take the Plasma 6 for a spin in the wind tunnel,” Brownlee said. “As you’d expect; it looks fantastic! The integration of the hydration system, bottle and spares is a huge improvement. It’s both more practical and aerodynamic. It’s also considerably more adjustable than the Plasma 5 which means I could try new positions. All of this showed as saved watts from the wind tunnel data.”

The new Plasma 6 is a triathlon-specific bike and is not UCI legal.

One of the most intersting developments with the new bike is the distance you’ll find between the front wheel and the downtube. While having that gap is aerodynamically optimal, according to the Scott engineers, in real life riding “the slightest of movements of the front wheel … create strong turbulence and significantly increase the drag.” That’s not the same for the back wheel, which doesn’t steer the bike, so the new Plasma 6 offers six different wheel mount positions to ensure you can get the rear wheel in as close to the frame as possible.

Hydration and nutrition systems are integrated right into the frame and cockpit. You get an easy-to-fill hydration system in the top tube and downtube area with a straw that winds up through the cockpit, a gel storage bottle that fits over the bottom bracket, a behind the saddle waterbottle cage (or cages, if you prefer),and an aerodynamic storage box for a spare tube and CO2 cartridge that is designed to work with the seat tube as an airfoil.

We all know position is everything when it comes to optimal aerodynamics on a bike, which is why the Plasma 6 incorporates lots of adjustability within the base bar, extension and saddle positioning. The cockpit can be moved up and down, the extensions can be adjusted anywhere from 0 to 15 degrees, there’s lots of lateral and fore and aft adjustment for the pads, and the saddle guide can easily be moved forward and backwards.

One of the most stressful aspects of traveling for triathletes is packing their bikes, but the new Plasma 6 should alleviate some of that stress thanks to the ability to remove the cockpit in one piece so it’ll easily fit into a bike bag. 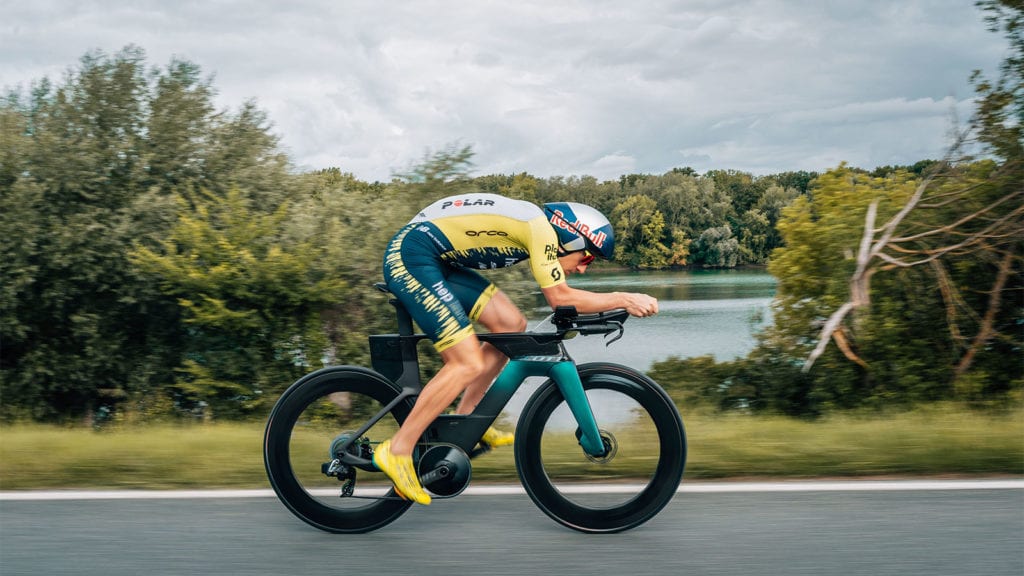