The Bkool Go had me at “ANT+ USB dongle included.” With that little piece of hardware, the trainer really is good-to-go right out of the box. Setup is as easy as putting a trainer tire and the supplied quick-release on your rear wheel. Plug the smart trainer in, and you’re off to the races. Which races is up to you. 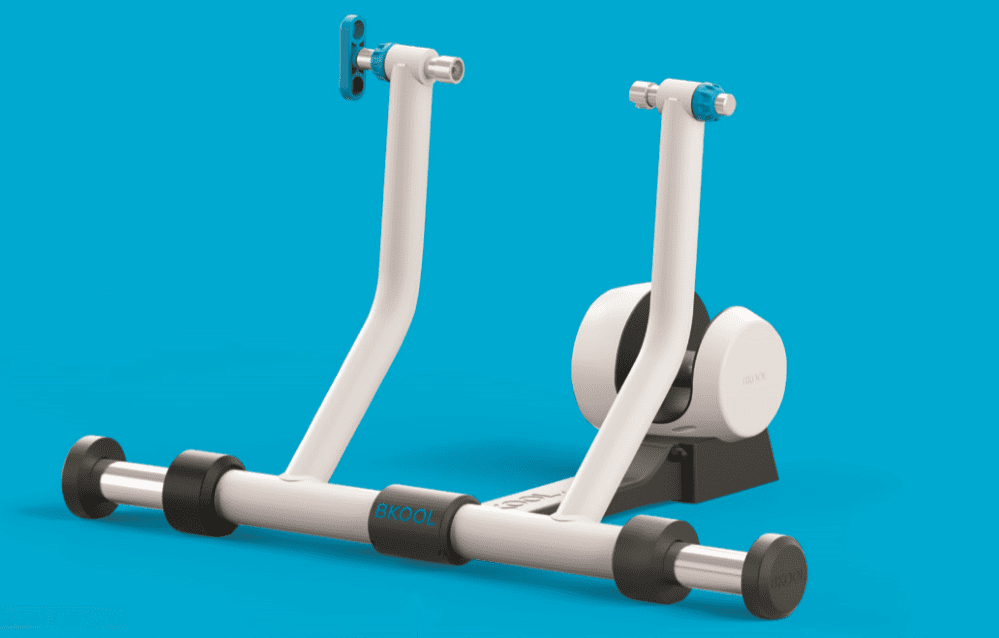 Bkool has an extensive simulation environment. There are legendary climbs, such as Alpe d’Huez and Col du Galibier. You can ride locations all over the world. You can even upload your own routes and video to go along with them. The trainer ships with a code for three months of premium access to the simulator. Your friends, however, are likely in another virtual ride environment with fewer routes: Zwift. The Bkool trainer does patch in easily to that world, too.

The Bkool Go has lower numbers than most trainers in this test. Its maximum resistance is 800 watts. It can simulate grades of eight per cent. Where these low numbers start to really matter is the weight of the unit, a little less than 10 kg, and its size. When it’s folded up, it’s roughly 20 cm high. The only other trainer in this group that is more stowable is the StaC. Also, there’s the price. At $400, the Go is an excellent deal that will have you riding with power in your home.

The power numbers that the Bkool trainer captures are consistent, but possibly not as ego-boosting as others. When I compared the numbers displayed by the trainer with those from the Race Face Cinch crank-and-spindle-based power meter on my bike, the on-bike power meter was more responsive. If I launched into a sprint, the Cinch would follow the rise in watts. The Bkool would lag and often didn’t register as high a power output. The Cinch’s strain gauges are a lot closer to the power source, my legs, than the rear tire of the bike, which is the point of contact with the trainer. The consistency of the power numbers from the Bkool mean it is still a valuable, and fairly inexpensive, training tool.

The Bkool Go trainer retails for $400.