With a new run course record in the men’s race and a dramatic run for the win in the men’s race, the marathon proved to be the winning leg at this year’s Ironman World Championship. Athletes from around the world armed themselves with some of the latest technology to ensure they’d perform at their best. Here is a look at some of the speedsters we saw in Kona this year. 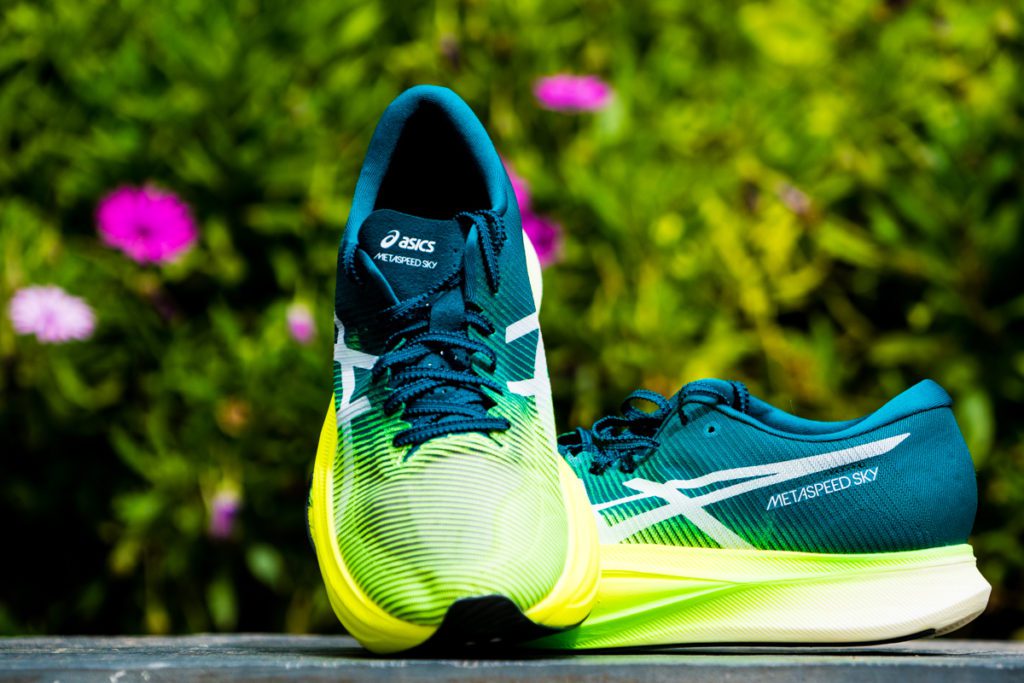 When Asics released the Metaspeed Sky in 2021, the shoe took the running world by storm and, in no time, it had helped runners and triathletes fly to world records and huge results on the world stage. It was, and still is, considered to be one of the fastest shoes on the market, and now Asics has its successor, the Metaspeed Sky+.

When developing the original Metaspeed shoes, Asics determined that there are two styles of runners: cadence runners (runners who increase both their stride length and cadence when they want to go faster) and stride runners (runners who maintain the same cadence while lengthening their stride in order to go faster). The Sky and subsequent Sky+ are for stride runners (while the Metaspeed Edge was designed for cadence runners) who, as Asics says, “want to start fast and finish faster.”

The shoe’s carbon plate, lightweight build and well-cushioned midsole all work together to help any runner cruise to PBs. The carbon plate propels runners forward with each stride while also helping you conserve energy, keeping your legs fresher longer and therefore giving you an edge when you get down to crunch time and need to throw down a final sprint. If you’re looking for a fast shoe that can help you ascend to new heights, the Asics Metaspeed Sky+ is right for you. 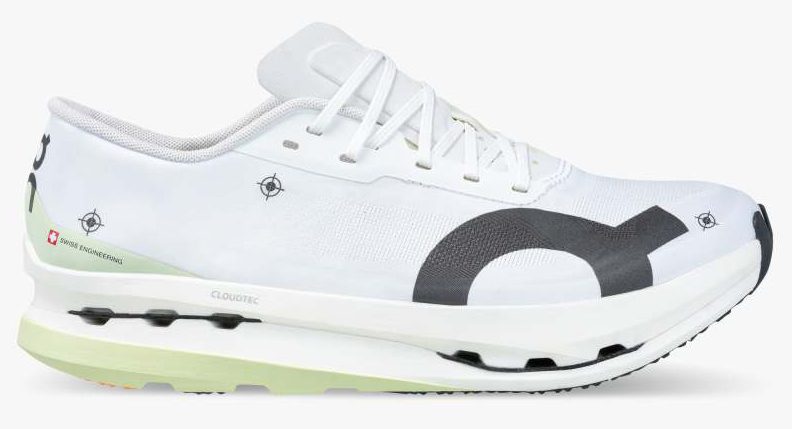 The Swiss running brand On has released its latest carbon-plated shoe: the On Cloudboom Echo 3. This shoe is the company’s followup to its original Cloudboom Echo, which was already an extremely fast product. This new edition will take things a step further, becoming the fastest racing shoe in On’s arsenal. The Cloudboom Echo 3 is designed for road racing, and it will serve runners best in runs longer than 10 km. With a thick and well-cushioned midsole, you’ll not only feel fast at every point of your race, but you’ll be comfortable, too, even if you’re in the final kilometre of a marathon.

It’s easy to say a shoe is fast, but it’s fair to be skeptical when a company says a shoe is the fastest they’ve ever produced. Well, the On Cloudboom Echo 3 was proven to be an incredibly fast shoe, as Gustav Iden wore a modified version of the new shoe en route to his Kona marathon and overall course records at the Ironman World Championship. Fans around the world watched in awe as Iden erased a more than six-minute deficit over the 42K run. So, yeah, the team at On are not exaggerating when they say the Cloudboom Echo 3 is their fastest shoe to date. 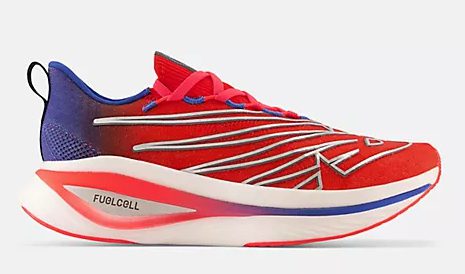 There’s a reason that the New Balance FuelCell SC Elite v3 was the official shoe of the 2022 New York City Marathon — it’s fast. As the name suggests, this is not the first FuelCell Elite shoe from New Balance, as the company has previously released the FuelCell RC Elite v2. This earlier model was (and still is) an incredibly fast shoe, and the SC Elite v3 only improves on it. Like you probably guessed, the Elite v3 is designed for marathon runners (although it’s a great fit for any distance of road race), with a lightweight and breathable build that will keep you comfortable right to the finish line.

Like its predecessor, the Fuel Cell SC Elite v3 features a carbon plate that provides great energy return. This will help to fill every step with power and purpose, and it shouldn’t be a surprise when you stop the clock in personal-best time. The shoe’s “bootie upper” helps to lock your foot in, preventing movement and blistering. The FuelCell SC Elite v3 is perfect for any triathletes looking to improve the run leg on race day. 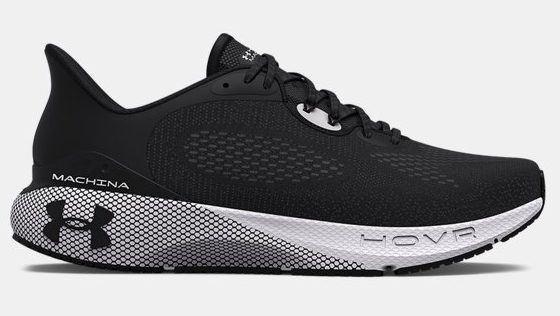 Under Armour has made it to the third iteration of the HOVR Machina thanks to the simple fact that it’s a reliable, comfortable and fast shoe. The Machina 3 is one of Under Armour’s carbon-plated running shoes, and it could be the reason for your next PB. Gone are the days of sacrificing comfort for speed or vice versa. Thanks to the HOVR Machina 3, you’ll get both in one convenient package. In addition to a lightweight and breathable upper, the shoe features a well-cushioned midsole and a durable rubber outsole that will give you good traction on any roads you hit.

On top of the HOVR Machina 3’s tremendous performance as a shoe, it also has Bluetooth connectivity (that’s right, your shoes will have Bluetooth). This will allow you to connect your phone or watch to your shoe and use UA MapMyRun to track and analyze your workouts in real time. With the HOVR Machina 3, you’re able to always have a coach with you, and the MapMyRun app will relay information to you as you run. Because of this, the Under Armour HOVR Machina 3 is not only a great piece of equipment, but it’s also a tremendous and valuable training aide. 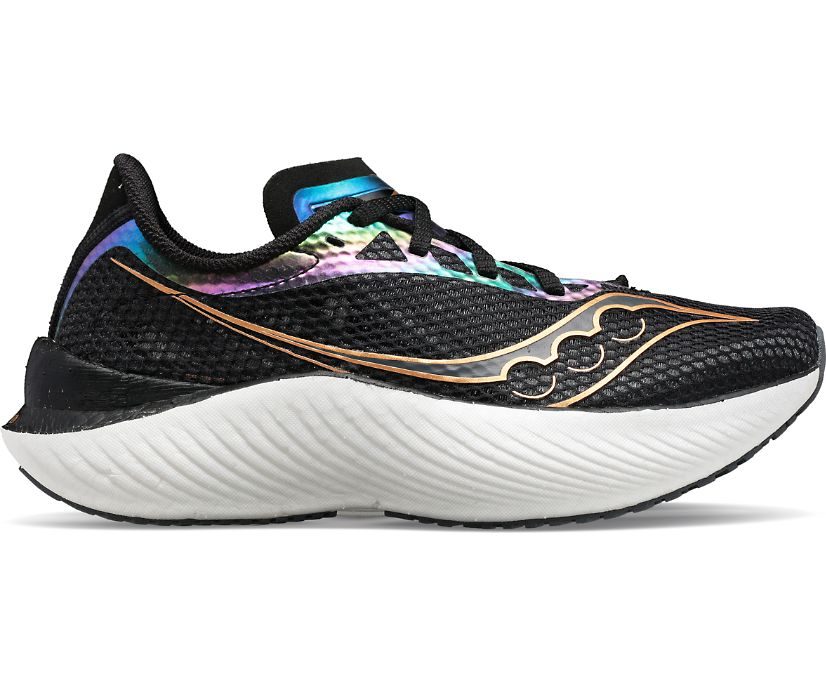 Saucony’s Endorphin series has performed extremely well ever since it was launched in 2020. The Endorphin Pro has been a part of that lineup since the beginning, serving as Saucony’s fastest racing shoe on the market. With the third iteration of the Endorphin Pro now available, Saucony just got faster. Fans of the first and second iterations of the shoe were very excited for the release of the Endorphin Pro 3, and for good reason. The Pro 3’s predecessors were both fast, but the newest version has made some changes to make it even faster. The biggest change comes in the shoe’s midsole, where the Pro 3’s stack height has grown by 4mm, increasing it to a total of 40mm.

While this is a lot of foam in the midsole, the Pro 3 is still incredibly light, and at 176g, it actually weighs less than the Pro and Pro 2 (both weigh 213g). This lightweight design, the Pro 3’s carbon plate, and Saucony’s SpeedRoll technology all add up to make a great and fast shoe. Anyone who loved the Pro and Pro 2 will love this shoe, and anyone who has yet to test Saucony’s Endorphin series will be won over as soon as they try the Pro 3. 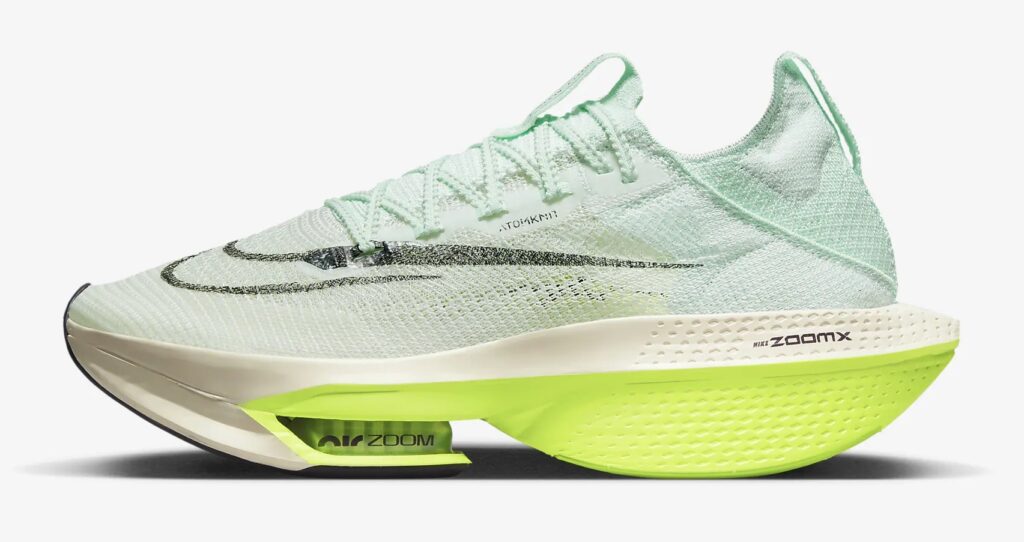 Nike knows a thing or two about making fast shoes. With the introduction of the Vaporfly, Nike got the carbon-plated shoe revolution kicked off, and their latest addition to the world of super shoes is the Alphafly. The Alphafly is an incredibly fast shoe. How fast, you ask? Well, it’s the shoe that Eliud Kipchoge wore in his history-making marathon in Vienna in 2019, when he ran 1:59:40 over 42.2K. Now, there’s no guarantee you’ll run that fast in a pair of Alphaflys, but there’s a very good chance the shoes will help you reach a new personal best.

The latest iteration of the Alphafly is the NEXT% 2, and Nike calls them “rocket ships.” The shoe’s lightweight build is designed to not only fly through a racecourse, but to also help you make it to the finish line feeling good. You’re not losing out on comfort to run quickly with the Alphafly, and the better you feel late in the race, the faster your closing splits will be. The world of running is only getting faster, and the Alphafly NEXT% 2 will certainly help you keep up with your competitors.

Anyone who has run in a pair of Hokas before knows a couple of things about the brand. Firstly, the shoes are incredibly comfortable. With so much cushioning, you wouldn’t be able to feel any sort of discomfort even if you tried. Secondly, Hoka makes fast shoes. Looking at any pair of Hokas, you’d think that they’d be heavy and slow. Good for a long training run, maybe, but not good for racing. Well, that assumption would be wrong, and it’s certainly not the case with the new Hoka Rocket X 2.

We don’t know too much about the new Hoka shoe, which was made available to pro athletes in Kona, but won’t hit the market until March 2023. The Rocket X 2 (successor to the Rocket X) is “one of the most energetic shoes” in Hoka’s roster. The lightweight racer is designed for racing, with a carbon plate that will propel you forward to the finish line. The Rocket X 2 is very fast and light, but also very comfortable for use over a full marathon at the end of an Ironman race.