Just a few days after they were launched last year, triathlete Beth Potter set what was then a world-best time for 5 km on the roads in the new Asics Metaspeed Sky, setting the shoe up as the new “go to” weapon for triathletes and runners around the world. Both Kristian Blummenfelt and Flora Duffy took gold in the Metaspeed shoes at last year’s Olympics, and many athletes considered the Metaspeed shoes as a viable alternative (if not even a faster one) than the famed Nike Vaporfly models that turned distance running around after the 2016 Olympics.

Since the engineers at Asics never seem to rest, they’ve come up with a new version of the shoe that is even faster. The new Metaspeed+ line was  launched at an event in Malaga, Spain in April. The shoes were put to the test at a special “made for PB” event in Malaga that included 5, 10 and 21.1 km races. And, yes, there were lots of PBs and national records set. 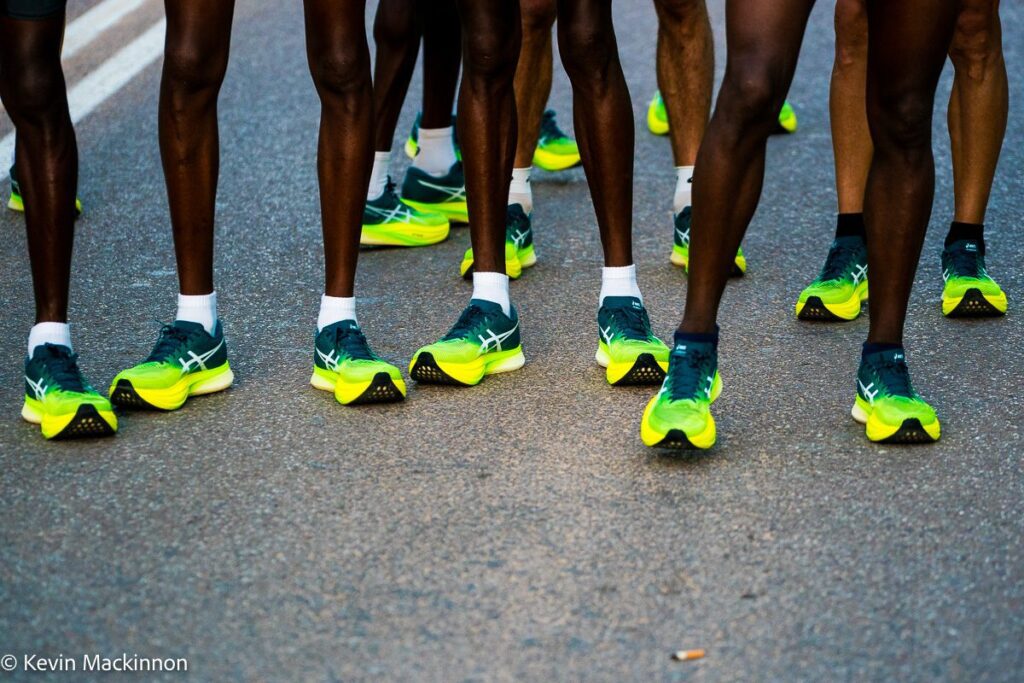 What sets the carbon-plate speedsters apart from other company’s shoes is that there are two different styles that are geared for a runner’s style. In its research, Asics realized that to increase their speed people use two different approaches – either maintaining a similar cadence but increasing their stride length (“stride” style runner), or increasing their cadence or turnover to generate more speed (“cadence” style runner). With that in mind the first version of the Metaspeed shoes included the Sky to accommodate the first style of runner, and the Edge for those who fit into the second style of running. 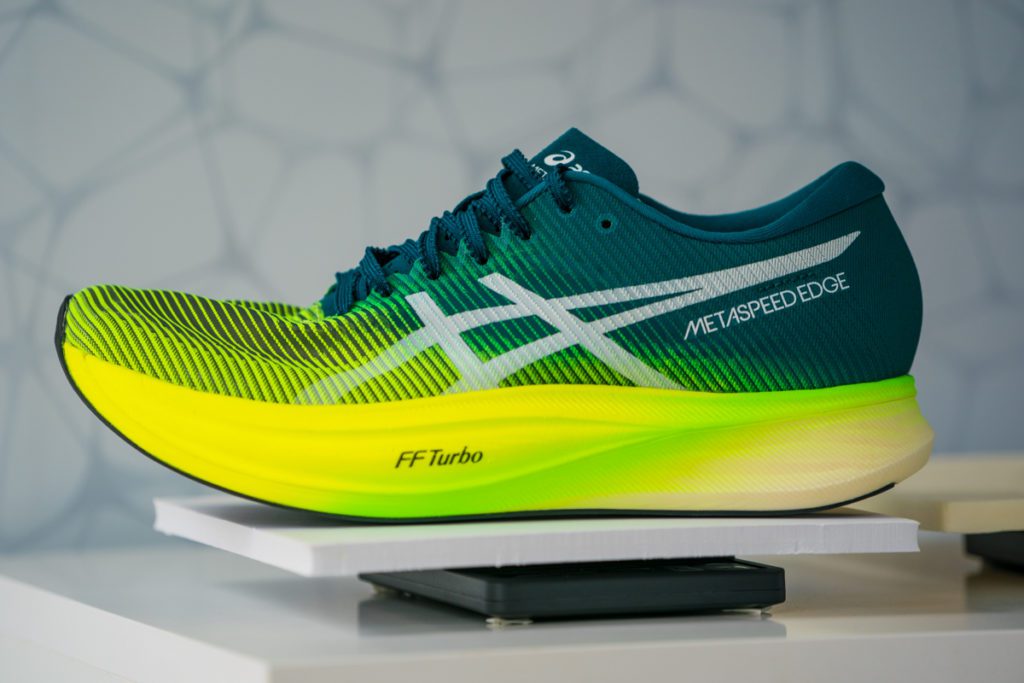 Once they got more athletes running in the shoes, scientists from the Asics Institute of Sport Science (ISS) looked at data from elite athletes to see how they could improve on the original Metaspeed shoes. Based on that research, they realized there were benefits to be gained by changing the placement of the carbon plate and by also modifying the volume of foam in the shoes. The shoes still utilize the company’s FF Blast Turbo foam, but that foam is positioned slightly differently, allowing for more compression and bounce, effectively helping runners extend their stride length. 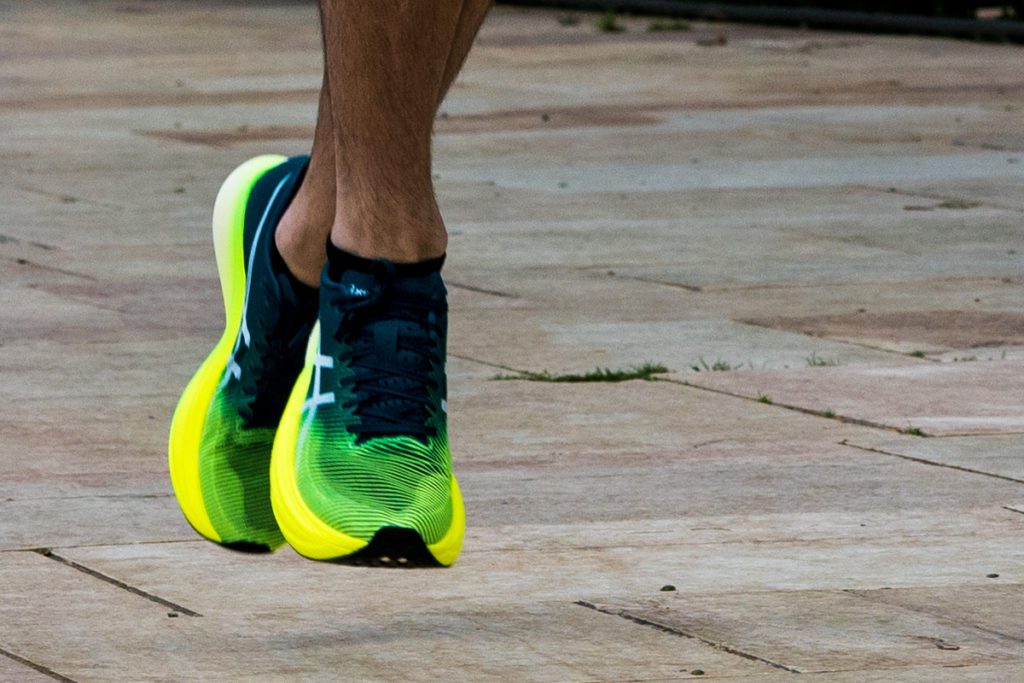 Asics has managed to improve on an already speedy design. Kristian Blummenfelt used the new shoes during the Sub7/ Sub 8 project, running a blazing 2:30 marathon to end his day. 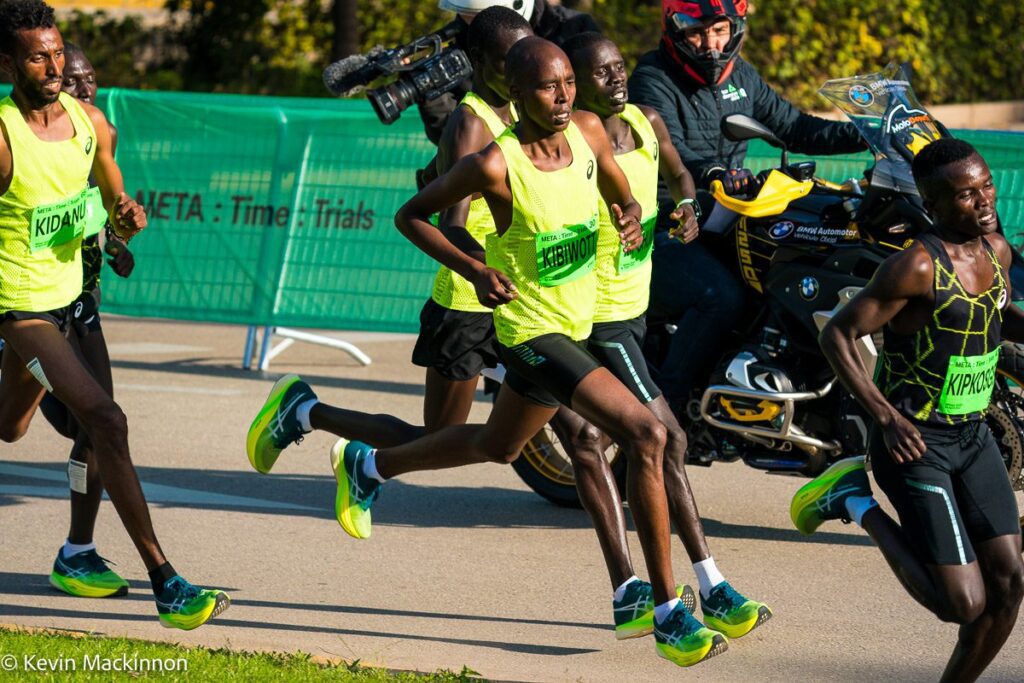 Everything about the new Metaspeed shoes wants to move you forward, faster. The first thing you’ll notice while wearing them is how easy it is to roll through your stride. The carbon-plate does a great job of guiding your foot, while the copious amount of foam in the insole ensures that you’ll get lots of cushioning. Where the new shoes really excel is towards the latter half of the race – you’ll feel considerably less fatigue in your lower legs, allowing you to push right to the line.

It’s hard to say what is the biggest advantage the Metaspeed shoes provide – is it the fact that they help bring the most out of your stride, or that you are enduring less pounding as you work through the race? In the end it doesn’t really matter – the bottom line is you’ll be faster.