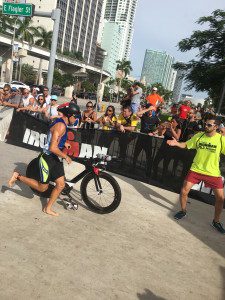 Ironman 70.3 Miami was another hot race. I was able to arrive a little bit earlier thanks to my amazing homestay from Carla and Donna, which this helped me get used to the different time zone. I’d had a good amount of heat acclimatization in California and was ready to race. Miami 70.3 was the first 70.3 race that I’ve done two years in a row and I was looking forward to seeing how much I could improve on last year, where I placed in ninth with a finishing time of 3:55.

The day before at the race we were informed that the swim might be canceled due to a high number of jellyfish. I prepared myself for all the possibilities. By race day most of the jellyfish moved away and we had a full triathlon on our hands! I prepared for a fast and salty swim, and when the race started I was able to move into a good position. I swam through a few batches of sea ants that bit me, and I also hit a few jellyfish. It was an unusual kind of swim but I came out of the water in a good position, 13th  of the 52 pro men.

The bike course was flat and windy, but we had a tailwind on the way out which let me save up some energy for the second half. At about 30 km into the bike I was caught by the main group and stayed with them, waiting for the run.

I started the run a little behind the group and worked my way back into a good position. By 4 km in, I had moved into sixth place with the guys in seventh and eighth hot on my heels. I saw the top five slowly pulling away and just had to focus on my own pace. It was a very hot run. There were a few long stretches without water and just I focused on not blowing up in the second half. I was able to pull away from seventh and eighth place by 10 km and was slowly eating away into the gap between myself and fifth place, but there still was a long way to go. At 13 km as I climbed over the bridge I heard Marc Duelsen breathing down my neck. We started to jockey back and forth, but neither of us was willing to give an inch. At we both overtook fifth place and were headed back toward the finish. I continued to battle with Marc and at 18 km, I put down the hammer and open up a gap of 30 seconds over the last 3 km. I was completely spent as I crossed the line, a very hard fifth place finish.

This was one of the hardest races I have done this year. I fought like an animal to make my way to fifth place and took five minutes off my time from last year. I tend to have my best results on hilly courses and I am glad to have had a good result on this very different type of course. It is very important that I be competitive in all conditions. This year’s Miami 70.3 was a great experience and showed me that I can be in the mix on all types of courses.

I will be off to Austin 70.3 in two weeks for my last race of the season. 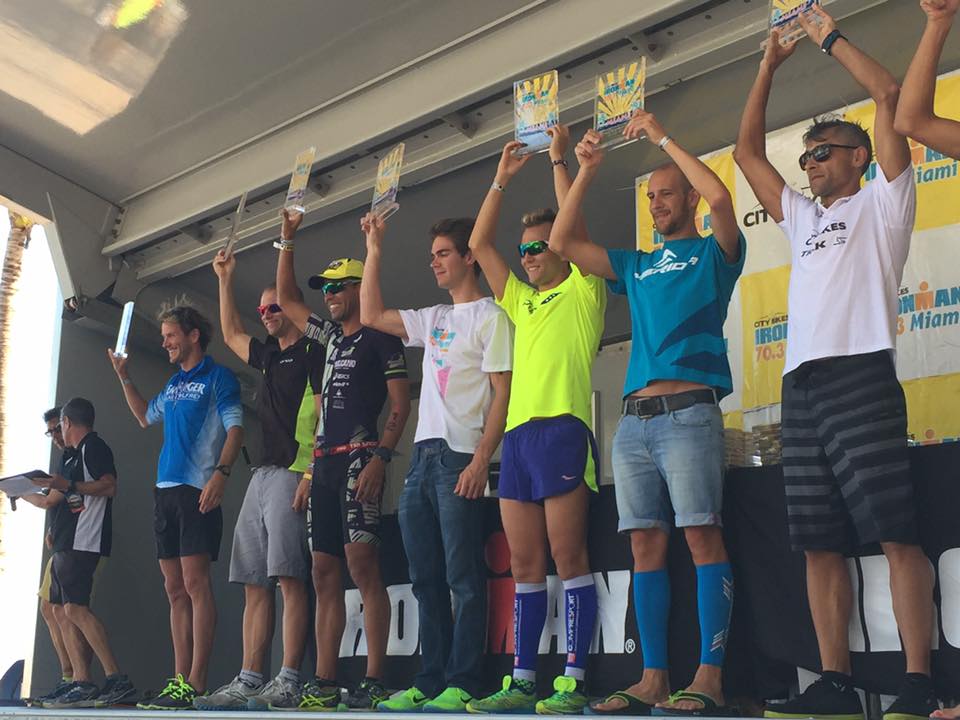