Both Craig Alexander (AUS) and Caroline Steffen (SUI) are back to defend their Ironman Asia-Pacific Championship titles in Melbourne, Australia this coming Sunday March 24.

Once again the fields are packed with fast men and women who will make a title defence very difficult.

Like last year, Alexander will have to face Cameron Brown (who pushed him to the limit on the marathon), Eneko Llanos, David Dellow, Luke Bell, and Joe Gambles to name a few. Marino Vanhoenacker and Jordan Rapp have made the trip down under to further complicate Alexander’s title defence plans. But after welcoming a new addition to his family this week (daughter Lani May Alexander), the new father will be pumped to defend on home soil.

Steffen posted a mind-blowing time of 8:34:51 last year (53:29 swim, 4:35:29 bike, and 3:03:49 run) to easily claim the win, so it is easy to look at her as being the odds on favourite to win again. But nothing is automatic in Ironman racing. She will have to face top contenders like Meredith Kessler (won Ironman New Zealand a few weeks ago), Gina Crawford, Yvonne VanVlerken, Bree Wee, Natascha Badmann, and Britta Martin.

Ironman.com will have live coverage on race day. 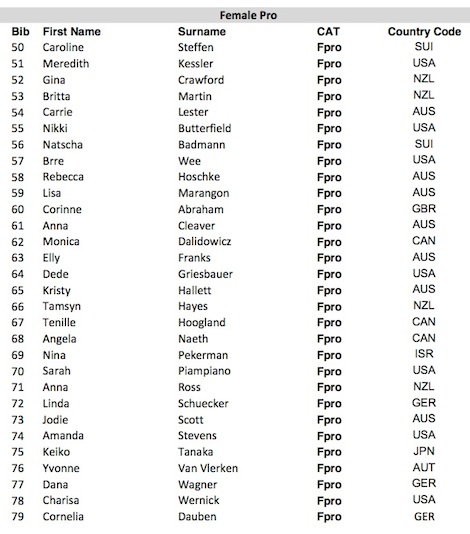