While ITU world champions were claimed in Long Distance Duathlon earlier this month, the time has come to crown the world’s fastest combined runner and cyclist in the shorter distance at the 2012 Nancy ITU Duathlon World Championships. An all-star cast of duathletes is set to hit center stage in both the men’s and women’s races in the historic French city. Athletes and spectators alike will be treated to a scenic 10km run, 40km bike, 5km run race centered around UNESCO heritage site Place Stanislas. 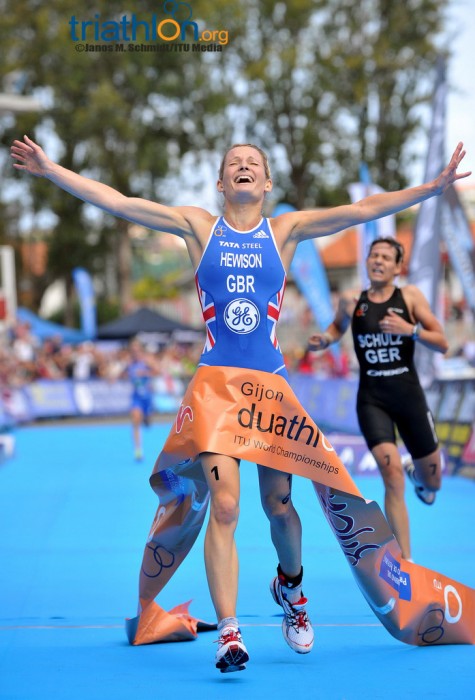 Women’s Preview:
The women’s race will feature several familiar faces with the top four athletes from the 2011 World Championship race slated to compete in Nancy. Reigning ITU Duathlon World Champion Katie Hewison (GBR) returns this year to defend her title. While Hewison has yet to compete in an ITU duathlon this year, she is strong across all disciplines, especially the final run.

Duathlon veterans Jenny Schulz (GER) and Sandra Levenez (FRA), who shared the podium with Hewison last year, also return for another attempt at glory. Like Hewison, Schulz is speedy on the runs, while Levenez’s strength lies on the bike.

A steady face on the duathlon circuit, Stefanie Bouma has consistently improved her ranking in ITU Duathlon World Championship races. Last year was an all-time high for Bouma with a fourth-place finish. Bouma’s experience and hunger to podium makes her a strong threat. Spain’s Ana Burgos, who is one of the most senior elites racing, will attempt her first medal since 2009.

Although Japan’s Yuko Takahashi will line up for her first duathlon, she brings a load of triathlon knowledge and speed with her. While down on the start list, don’t discount Takahashi from securing a high finish. Similarly, don’t count out 2010 Duathlon World Champion bronze medallist Felicity Sheedy-Ryan (AUS). Sheedy-Ryan has been absent from the duathlon scene since her third-place finish, but she has been consistent in ITU elite triathlon races. Susanne Svendsen (DEN), who recently competed in the Long Distance Duathlon World Championships in Zofingen, is entered as the name to beat. Her endurance training could be a secret weapon if she finds her sprinting legs.

Men’s Preview:
Competition to call himself the fastest runner and cyclist in the world will be tough with a stellar start list for the men’s competition. After failing to complete the course in 2011, Rob Woestenborghs (BEL) is back looking for the gold he won in 2008. The Belgian recently ran to silver at the ITU Powerman Long Distance Duathlon World Championships earlier this month, proving he is in top form. 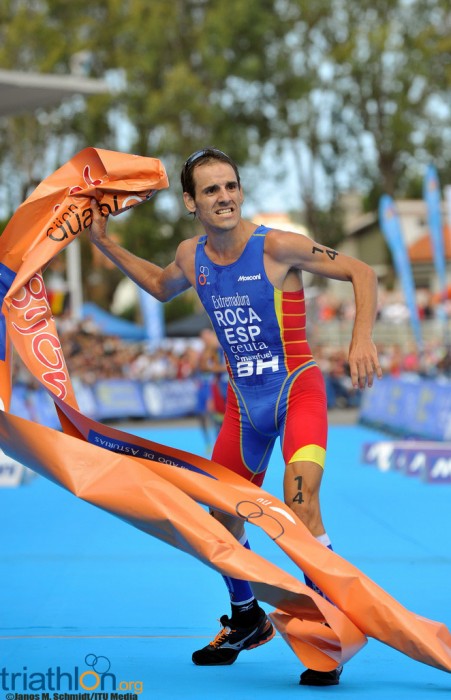 France’s own Benoit Nicolas will attempt to podium for the second consecutive year on home soil. Nicolas claimed bronze last year behind Spain’s Roger Roca Dalmau and Victor Manuel Del Corral Morales. While Roca Dalmau returns to defend his title, Del Corral is missing from the lineup, giving Nicolas the opportunity to improve his place. If the Spaniard wants a chance at repeating as champion, he will need to use his strong bike skills to pull away from the competition.

Sergey Yakovlev (RUS) had a breakout performance last year, finishing just out of medal contention.  He will return this year for the allusive World Championship medal. Despite a disqualification last year, Sergio Silva (POR), who has finished in the top five at a World Championships three times, including a bronze medal in 2007, is back to reclaim his spot as a top duathlete. A blistering fast runner, the men will need to gain considerable ground if they want a chance outpacing Silva to the finish.

Another big name to keep an eye out for is Tim Don, arguably one of the most accomplished men on the start list.  Not only is he a triple Olympian, he is also the only athlete in ITU history to claim World Championships in triathlon, duathlon and aquathlon.

Race action begins for the elite women at 2:00pm local time on Saturday 22 September, while the men’s race will get underway later at 5:00pm on the same day.