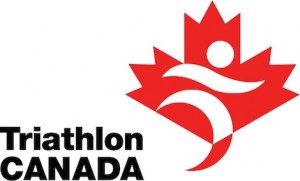 A talented group of 15 rising Canadian triathlon stars will return to the 2012 Olympic course in London, England where they will embark on a mission for excellence at the Grand Final of the ITU World Championship Series in, September 11-15, 2013.

Kyle Jones, who made his Olympic debut in London where he was the top Canadian, will lead five members into the showcase event on the international triathlon calendar. The 28-year-old Jones, of Oakville, Ont., captured a silver medal at the Edmonton World Cup earlier this summer. Jones will be joined by two young Canadian teammates on the men’s start line. Andrew Yorke, of Caledon, Ont., and Victoria’s Andrew McCartney will also suit up. Yorke, 24, has been picking his way up the international standings, while McCartney, 25, posted a career-best seventh place finish at the season-opening World Triathlon Series race in Yokohama, Japan.

Victoria’s Kirsten Sweetland and Winnipeg’s Sarah-Anne Brault will look to be in the medal mix for the Canadian women. Sweetland has been on a comeback trail since being injured for most of the last five years. The 24-year-old fed off a bronze-medal finish at the Edmonton World Cup to place sixth at the punishing World Triathlon Series race in Kitzbuhel, Austria last month. Sarah-Anne Brault will help form a dynamic one-two punch for the Canadian women. The 23-year-old heads into the Grand Final after posting a career-best 11th place on the World Triathlon Series in Hamburg, Germany.

“This is a very young group of athletes that have made huge progress, and demonstrated over the last year they can perform under some of the most intense conditions,” said Libby Burrell, high-performance director, Triathlon Canada. “As a team, we have been focused on peaking in London. We have been making steady progress as a group, and the athletes are ready to demonstrate their hard work and fitness with some strong results in London.”

Triathlon Canada will send a strong mix of three women and two men for the under-23 competitions in London. A trio of 20 year old Canadian women including Amelie Kretz (Blainville, Que.), Calgary’s Ellen Pennock, and Joanna Brown, of Carp, Ont., are sure to be in the hunt for the medals in London. Kretz won her first World Cup race in Edmonton this summer, where Pennock celebrated her first World Cup silver medal.  A two-time medallist at the Grand Final in the junior and under-23 categories, Brown, will look for her first World Championship title.

Canada will be represented by Alexander Hinton, of Kingston, Ont., and Victoria’s Matt Sharpe in men’s under-23 racing.

The nation will also send five juniors to London including three men and two women. Winnipeg’s Tyler Mislawchuk will lead Quebecers, Xavier Grenier-Talavera and Alexis Lepage, to the main event. Saskatoon’s Gabrielle Edwards and Emy Legault, of Ile Perrot, Que., will make their World Championship debut for the Canadian women.

“Competing at international competitions is a critical component to the continued development of our sport, and the World Championships are the first major test for our team on the road to Rio,” said Burrell. “This is a confident group of young Canadians who have had a great deal of success in North America, and are now ready to take on the world’s best in their age group and see where they stand. It is my belief, with this young group continuing to progress through the system, our sport is in good hands for years to come.”

For a complete schedule of the ITU Grand Final in London, please visit www.triathlon.org.