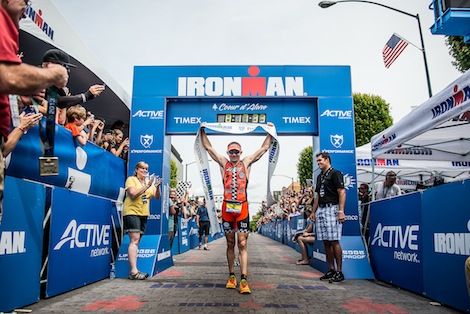 Last year, Kelowna’s Heather Wurtele was well on her way to taking the victory but was disqualified for using another competitor’s bike to finish the 180 km ride. Today she won her second Ironman Coeur d’Alene title in grand style, setting the new course record of 9:16:02 with a 55:40 swim, 5:07:03 bike and a 3:09:01 marathon to win by over 12 minutes. This was Wurtele’s fifth career Ironman title.

American Ben Hoffman won his third career Ironman title with a similar dominant performance. His finish time of 8:17:31, put him over 8 minutes ahead of defending champion Viktor Zyemtsev.