Sunday’s race in Zell am See, Austria marks the tenth anniversary of the 70.3 World Championship. One has to consider the creation of a viable 70.3 World Championship to be one of the great achievements of the WTC . Throughout the 90’s, the 1.9 km/90 km/21 km distance was treated as “half” of something else–used for training for the “full” distance. Or perhaps as a smaller challenge for someone who was daunted by the bigger challenge of Ironman.

By creating a legitimate race series with its own qualifying system and World Championships and by dispensing of the name Half Ironman and introducing the more formidable Ironman 70.3, the WTC effectively created a sport within a sport that has come into its own in just ten short years.

From 2006 to 2010 the 70.3 World Championship was held in Clearwater, Florida. The race suffered from lack of interest and an extremely flat bike course, making it impossible for athletes to space out appropriately and have a clean race.  Also, the post-Kona date in November meant that many pros gave the race a miss. Age group spots to the race would roll down a long way as athletes simply did not consider the race to be a true World Championship. Ironman responded by moving the race to a more challenging-and warmer-venue in Henderson, Nevada and by changing the date to September. The new time and place helped keep drafters at bay and the race began to grown in prestige. The race remained at this venue until 2013.

In many sports, the World Championship changes venue from year to year, making the event accessible for global competitors and audiences. The 70.3 World Champs followed suit. The event came to Mont Tremblant in 2014 and that edition of the race was the most dynamic and competitive 70.3 race in “half” history.  An era of quality and legitimate 70.3 racing had emerged.

From its inception is 2006, Canadian athletes have shone on the 70.3 stage.  That first year in Florida, Sam McGlone won the women’s race over fellow Canadian Lisa Bentley. In 2007, McGlone took silver and up-and-comer Magali Tisseyre finished 19th.  In 2008, Brent McMahon and Angela Naeth appeared on the scene with a pair of eighth place finishes. Tisseyre then collected successive podium finishes with a pair of bronze medals in 2009 and 2010. 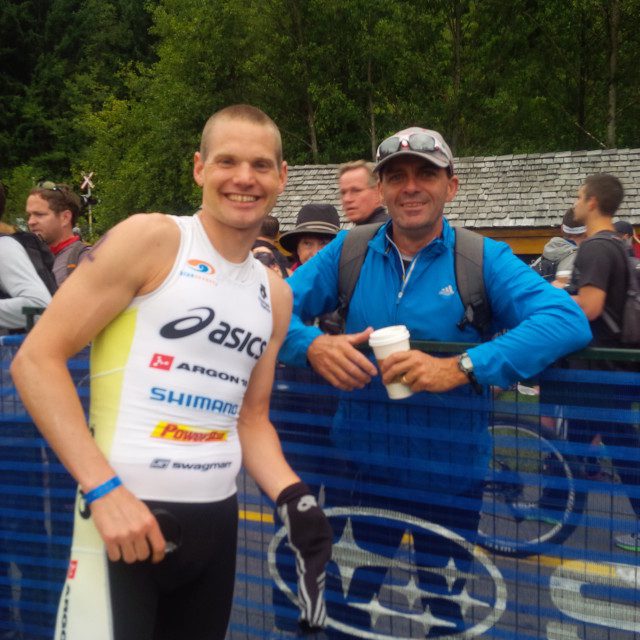 Who could forget 2011 when Jeff Symonds seemingly appeared out of nowhere, clocking the second fastest run and finishing third?  That same year Heather Wurtele found her speed with a seventh place finish and Rachel McBride made her 70.3 World Champs debut with an eleventh place. Wurtele finished sixth in 2012 and tenth in 2013 proving that her seventh was no fluke.

Last year, Lionel Sanders was dead last out of the water and used a race-best ride and 3rd fastest 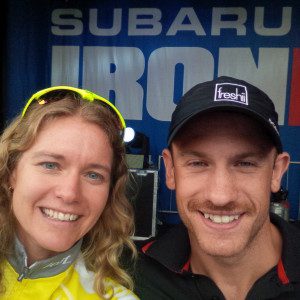 run to plough through all but three of his competitors. The Canadian women took three of the top 10 spots, Wurtele in third,  McBride ninth, and Tisseyre tenth.

This Sunday, Wurtele, Tisseyre and McBride will each have a chance to grab another great result alongside relative newcomers Kirsty Jahn, Cody Beals and Taylor Reid.

A race that was once seen as half of something better has, over the last ten years, risen gradually in status and now provides a stage on which the world competes and champions are made. Not least among these are many Canadians who have again proven that the fastest and the toughest often come from the North.  Here’s to a great race on Sunday.