Gone are the days of boring indoor trainer sessions; Rouvy has brought the feel of riding outdoors to the warmth of your pain cave.

Augmented Routes are the next step in online training. These premium course videos allow you to ride within the geo-synced video footage. Rouvy’s hope is to eventually enable the Augmented Routes feature to cover the thousands of virtual routes on Rouvy.

Radka Kahlefeldt (Vodickova), Rouvy ambassador and multiple Ironman 70.3 champion, says the app is both efficient and fun. Having just recently become a mom, Kahlefeldt returned to racing in 2018 this year with wins in Vietnam, Cebu, the Philippines and Western Sydney.

Train anywhere in the world without the travel

Using Augmented Routes and Rouvy’s existing library of Virtual Routes, 2,000 high-quality GPS synced courses, you’ll have no problem training for your upcoming ‘A’ race. Not only will this build your confidence throughout the cold winter months, but you’ll be even more motivated to crush your season’s race goals.

Looking to dial in your race prep, but aren’t able to train on the course? Rouvy gives you the ability to create your own course video. Simply record your own video or download a GPS file from the race website and Rouvy will synchronize the images with realistic resistance. The only downside is that you’ll no longer have an excuse for poor race preparation.

Rouvy allows you to organize your own group rides with family, friends, teammates or any one of the thousands of cyclists/triathletes on Rouvy. You can even create your own races. But, if you just want to get in your intervals and ‘go into the red’ on the Challenge Roth bike course, you’ll still be able to see the other Rouvy users currently training on that road. Just as if you were a local out for a ride. 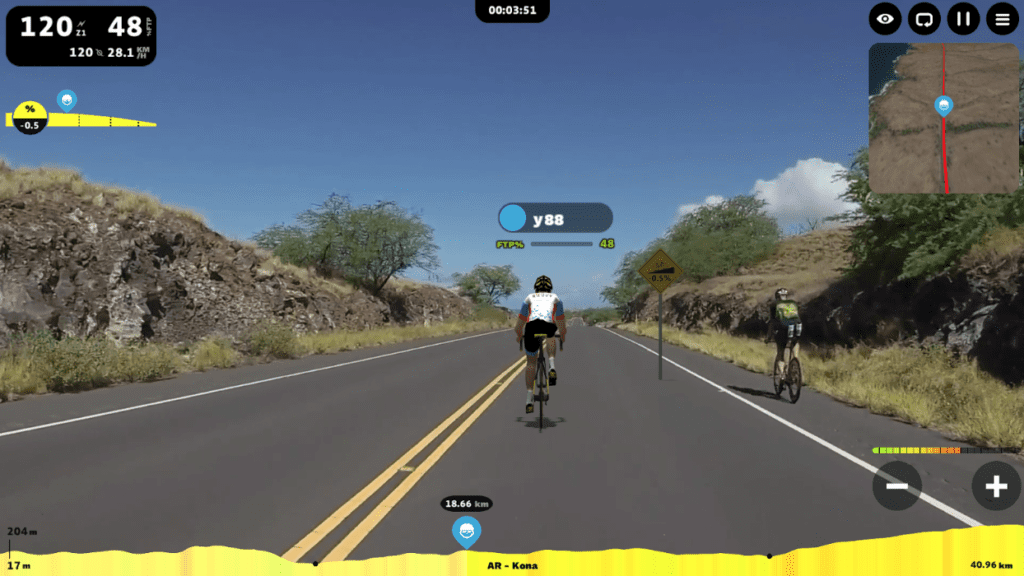 Train on triathlon courses across the globe 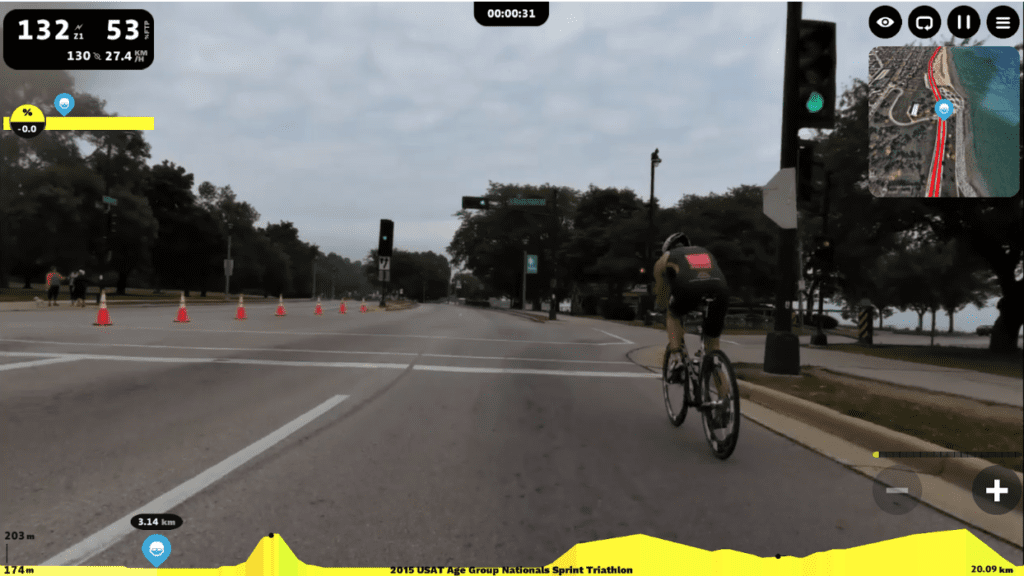 With Augmented Routes, the feature will be expanding to cover all of Rouvy’s Virtual Routes eventually, you can make your training experience even more realistic and engaging.

Because of Rouvy’s unique open platform, it is versatile enough to accommodate your specific training needs. Looking to increase your FTP? Need to hold a variety of power zones?

Draw from a cloud library of 4,000 different predefined and interactive guided video workouts.

Or create your own. You can also sync your workouts from TrainingPeaks to Rouvy and upload your sessions to back onto TrainingPeaks or Strava – sharing your accomplishments with your coach and friends.

With all your training sessions and feedback stored in your Training Diary, Rouvy makes it easy to manage, analyze and share with your triathlon Rouvy community. You’re also able to get pedal stoke feedback with Rouvy’s Advanced Pedal Analytics.

Should triathletes ‘tri’ it?

Logging indoor training hours all winter isn’t easy. With Rouvy you stay engaged and motivated with building your Career, earning rewards and take on new challenges. There’s even the added incentive of $20,000 in prizes handed out through the platform every year.

You can gain access to the Rouvy community with the Rouvy Premium Plan at just $10/month. This low monthly membership can be shared with family members, making Rouvy one of the better “value for money” apps currently available. Rouvy offers all members a two-week free trial period to explore the application before you commit to a monthly plan.

Rouvy’s Augmented Routes is new, but the company already has ambitions to provide drafting, official races, customizable models and more.