Gripped Publishing recently did a call-out to Canada’s top endurance sport athletes in the running, cycling and triathlon specialties for a unique challenge. The goal of the contest was to pit its three magazines (Canadian Running, Canadian Cycling and Triathlon Canada) against each other to determine who’s the top in endurance sports.

The Red Bull 400 was our battleground between cycling, triathlon and running. While a runner may have an advantage regarding time spent on their feet, a cyclist and triathlete are arguably more accustomed to steep inclines and hill climbing. None of the three athletes are perfectly prepared for an uphill race like this, which makes it the perfect opportunity to test pure strength, grit and tenacity. 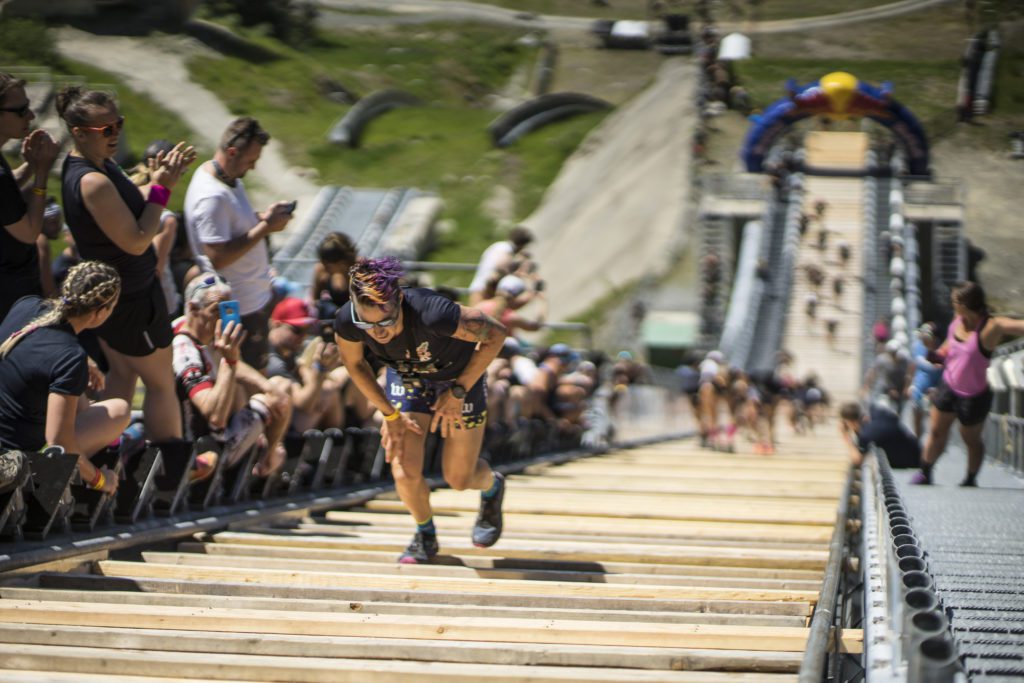 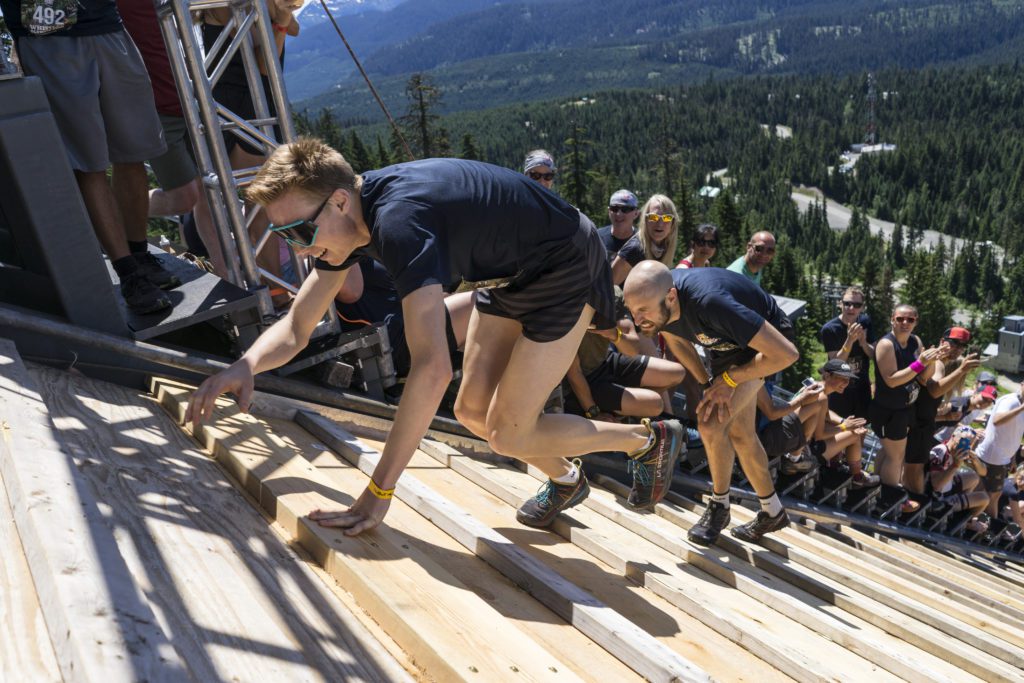 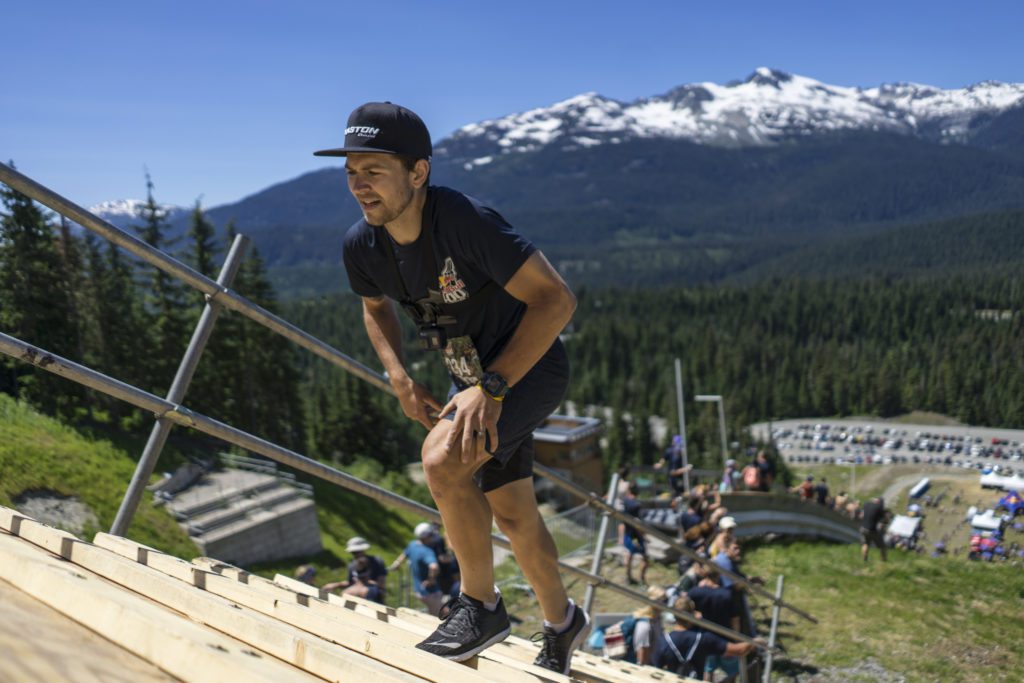 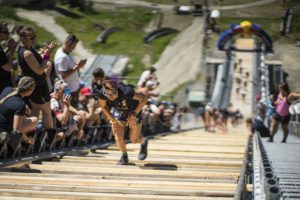 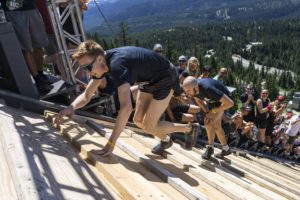 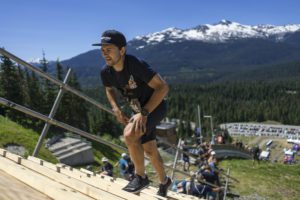 The race is run in two rounds. The top 50 times from the first round make it on to the final later on in the day.

All three Gripped Publishing athletes looked strong throughout the heats. Rachel McBride was especially impressive considering she was less than a week off of completing an Ironman in Germany. In retrospect, McBride said, “Six days after IRONMAN Frankfurt, Red Bull 400 was a silly thing to do, but this crazy race is so worth it.”

All three competitors, runner Kieran Lumb, cyclists Michael Van Den Ham and triathlete Rachel McBride, echoed each other saying, “The race gets really hard with 50 metres to go. As soon as you crest the grass and are onto the ramp, it’s mind over matter.”

McBride moved through the heats easily and started strong in the women’s final. She was challenged by Robyn Mildren and Brooke Spence. Mildren took the win in 4:45, Spence finished in 4:52 and McBride was just shy of breaking the five-minute mark, finishing in 5:01.

Van Den Ham and Lumb went head-to-head in the men’s final minutes later. Lumb came out on top finishing in 3:52. Second place went to Jordan Guenette in 3:55 and third place to Marian Treger in 4:04. Van Den Ham finished in fifth in 4:10.

Now Lumb gets an all-expenses-paid trip to the Red Bull 400 World Championships in Austria, and McBride can put her feet up and recover from back-to-back weekends of racing. 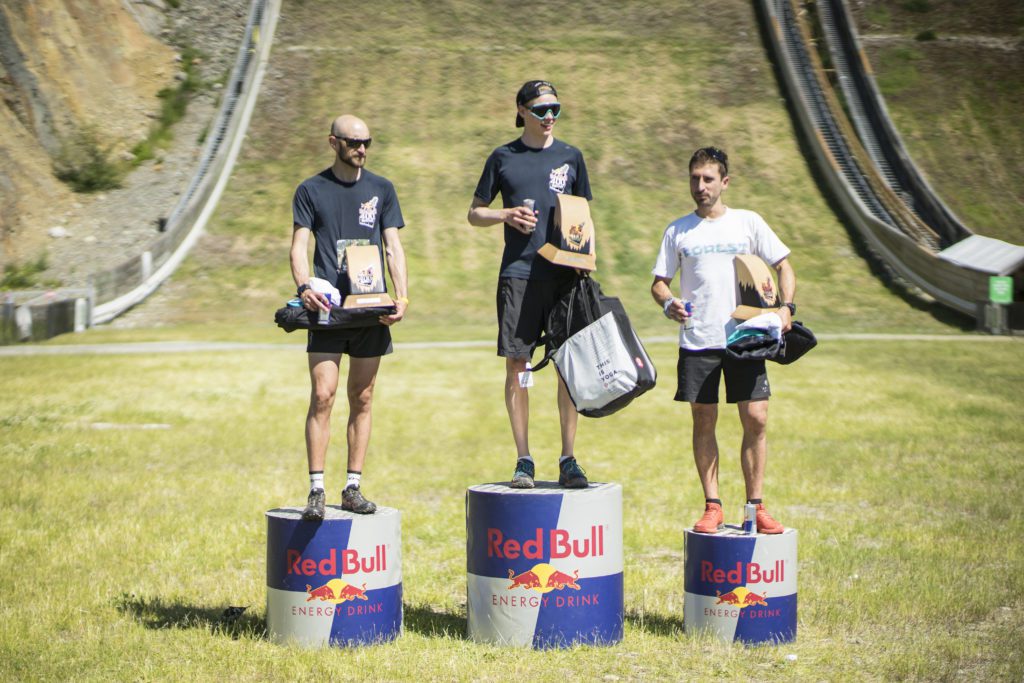 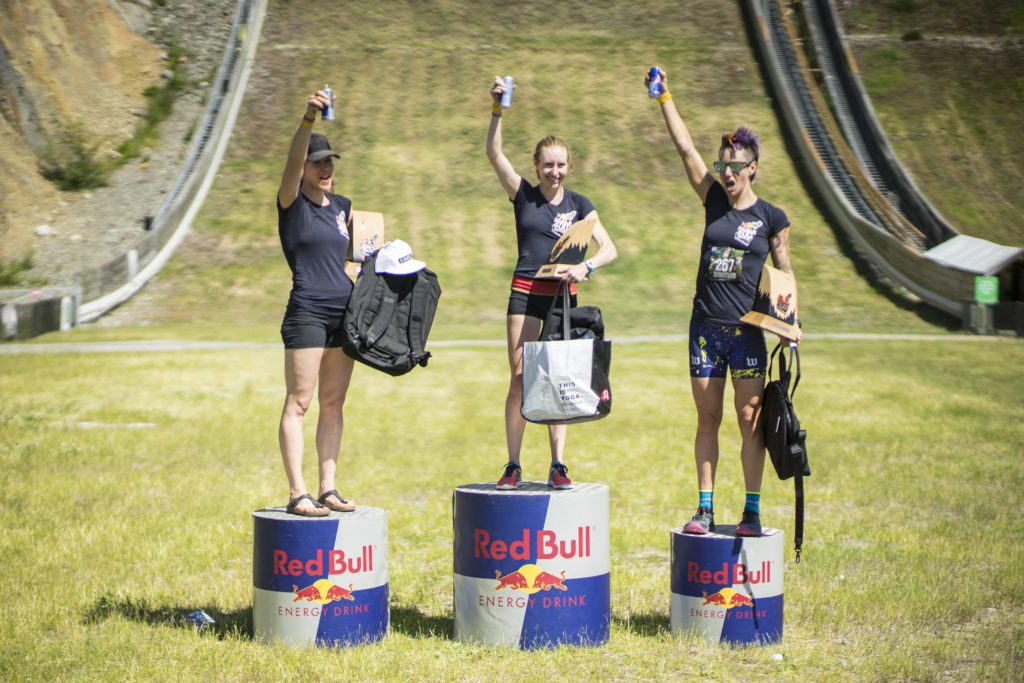 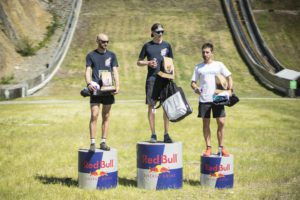 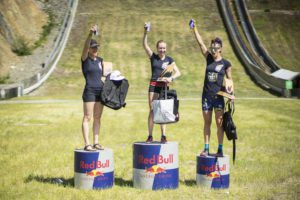