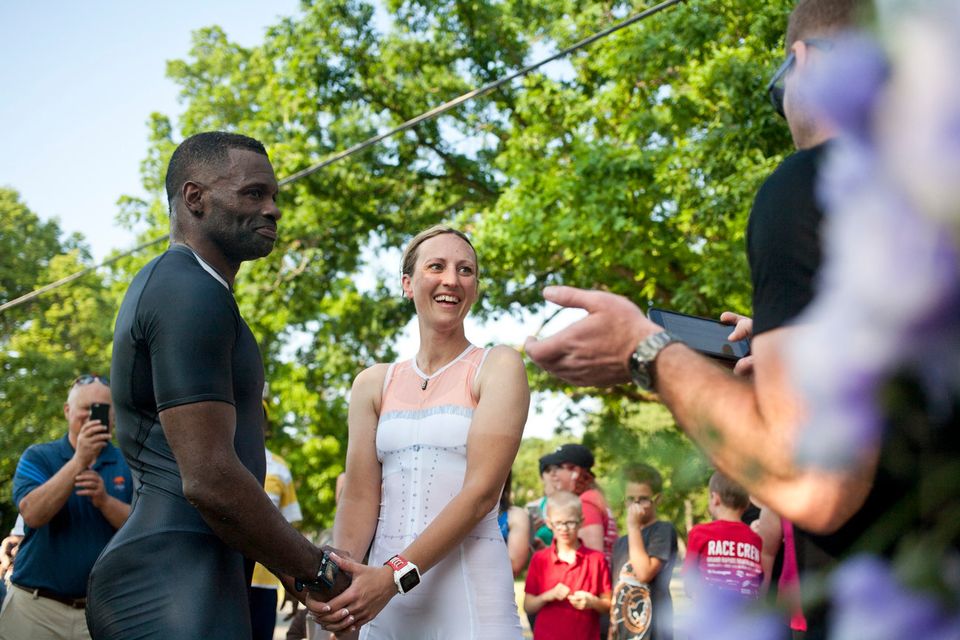 A triathlon couple tied the knot during their races on the weekend at the Grand Rapids Triathlon in Michigan.

Shannon Wright, 38, and Kevin Collins, 46, wore white and black tri suits, respectively, during their marriage ceremony which took place in T1 of the sprint distance race. They exchanged vows near the banks of the river where the swim was held, and Collins also carried Wright across the finish line as a way to close the ceremonies.

The two met in triathlon and first competed in the Grand River Triathlon together in 2011. Collins, a massage therapist and personal trainer, helped Wright train for her first race. She says that first race six years ago “was kind of like the start of our journey together.”

Wright attached a white veil to her helmet for the 20-km ride after the wedding.