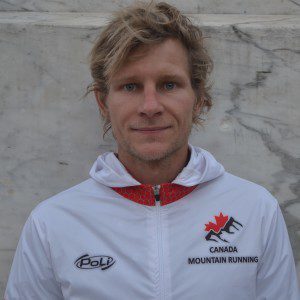 Toronto triathlete Sjaan Gerth remains hospitalized in serious condition after a hit-and-run incident Thursday morning in Uxbridge Township, a popular route for local triathletes. Durham police have issued an appeal for information about the incident, which happened near Wagg Road at approximately 10:30 a.m. on April 30.

A 33-year-old Family Doctor at Harbourfront Medical Centre, Gerth just received his pro card from Triathlon Canada following a standout performance at Ironman 70.3 New Orleans where he won the 30 to 34 age in a time of 4:01:31. The father of two young children, Gerth comes from a competitive running background and was on the Canadian Mountain Running Team in 2014. He was heading southbound when he was struck from behind by a truck and was rushed, unconscious to the Sunnybrook trauma centre.

A witness and bystander called 911 at the scene. Thankfully, one of the first people on the scene was an emergency doctor who insisted Gerth not get moved ensuring he did not get paralyzed. Gerth endured an unstable spinal fracture that was repaired with spinal fusion using rods and screws. He also experienced multiple fractures to both legs requiring operative repair with rods, plates and screws as well as multiple lacerations and soft tissue damage. He is hoping to be walking in about three to four months.

The driver of the truck fled the scene. The suspect vehicle is described as an older black tow truck with rear dual wheels and “Free Tow And Scrap” written in white lettering on the side. If you have any information about the incident call police at 905-579-1520, extension 5231 or Crime Stoppers at 1-800-222-8477.