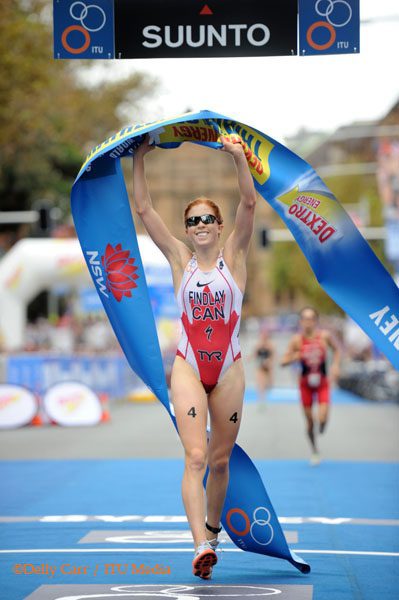 Paula Findlay, Ellen Pennock,  and Kyle Jones will kick off the 2014 ITU triathlon World Cup season this weekend in Mooloolaba, Australia. In the build-up to the World Triathlon Series start in Auckland, the sprint races will feature deep fields for both the men’s and women’s races. With $60, 000 USD on the line in prize money the sprint distance race is sure to see some world class times.

Mooloolaba is a small beachside community on Australia’s Sunshine Coast and the World Cup race is the main eventof a three-day multisport festival, with 9000 competitors participating.  Last year the swim was altered  due to weather conditions,  but the start will return to the beach, followed by four bike and run laps along Mooloolaba Esplanade and Alexandra Parade.

On the women’s side, Anne Haug returns as the reigning champion of the race. While American superstar Gwen Jorgensen finished fourth in the 2013 rankings, she too could challenge for the win as will home turf favourite Emma Moffatt (AUS).While Findlay’s ranking is lower down the start list than she would be normally, following a few injury-plagued seasons, she has five WTS wins under her belt and could certainly challenge for the win.

On the men’s side, Mario Mola (ESP) is the man to beat in Mooloolaba. David Hauss (FRA), who finished fourth at the London Olympics, looks primed to return to ITU racing in Mooloolaba. Injury-ridden last year, Germany’s Steffen Justus could challenge the podium, as could Canada’s Kyle Jones.